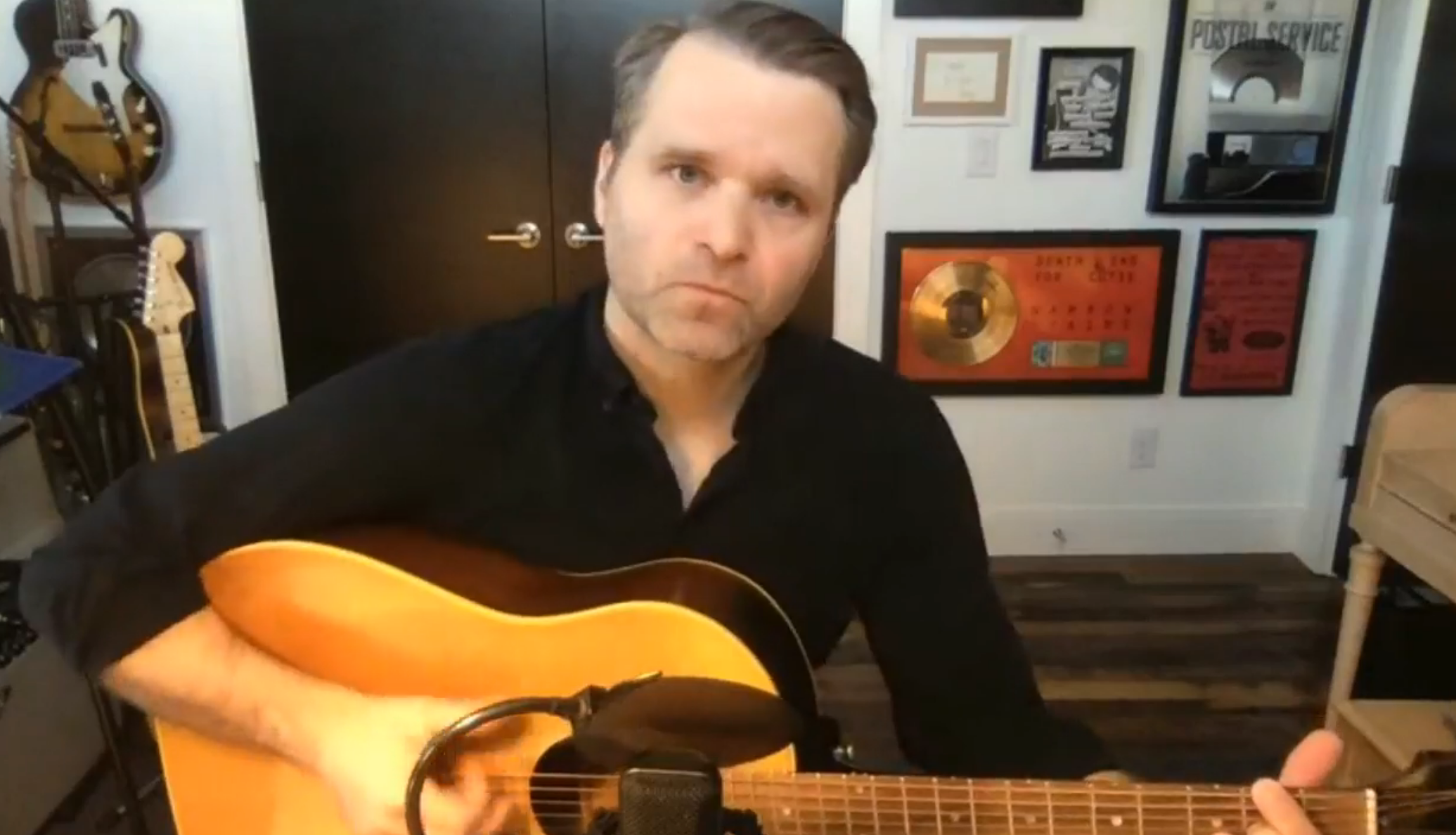 For the first few weeks of quarantine, Death Cab for Cutie frontman Ben Gibbard did his best to entertain fans by performing livestreams, sometimes with different themes. After stepping away, he returned on Wednesday to mark the year-anniversary of COVID by returning to the internet waves.

If you recall, last year’s streams saw Gibbard coughing quite a bit and he said he may or may not have had COVID at the time. Later in the show, he said that Death Cab is currently recording a new album and are aiming to have it done soon. Gibbard added that the songs sound better with his bandmates by his side. He did joke that he doesn’t want to do these anymore and is excited to perform in person again and implored viewers to get vaccinated.

As for the set itself, Gibbard played Death Cab songs and a pair of Postal Service songs with “Sleeping In” and “The District Sleeps Alone Tonight.” It wouldn’t have been complete without a cover, and Gibbard took on Kirsty MacColl’s “They Don’t Know.”

Check it out in full below.