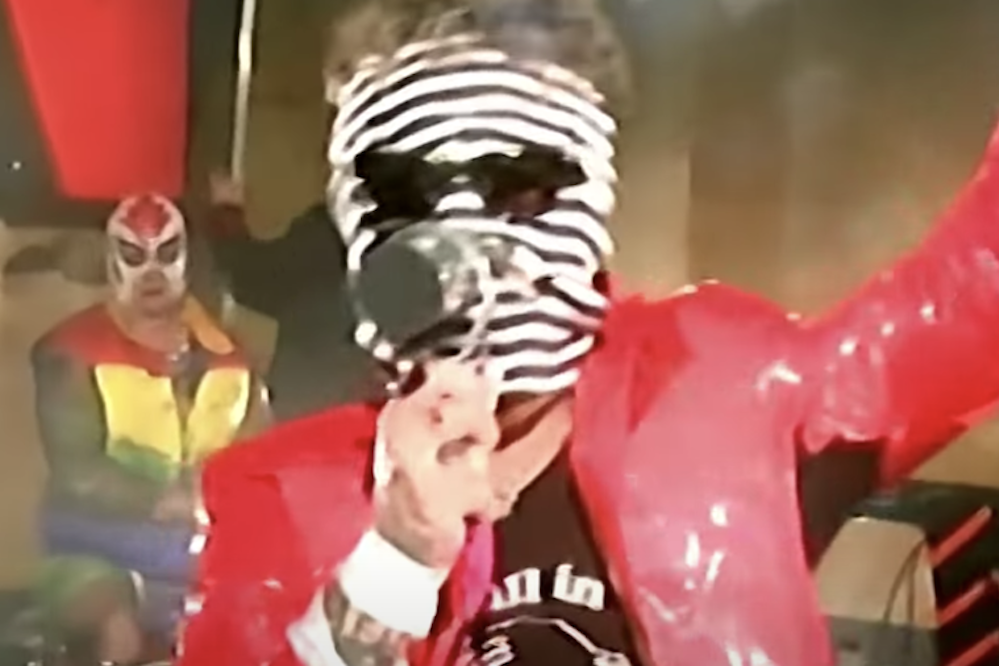 The Network made its comeback last year with Money Money 2020 Part II: Told Ya So! — its first album in more than 15 years — and on Friday night, Green Day’s “secret” band took the new material to The Tonight Show Starring Jimmy Fallon.

Though it’s common knowledge that Billie Joe Armstrong, Tré Cool and Mike Dirnt are at the new wave group’s core, they obscure their faces to hide their identities and go by the names Fink, Snoo and Van Gough, respectively (it’s all part of the act). The masked musicians played “Threat Level Midnight” (you know, like that infamous Michael Scott “film” from The Office) from a remote location that they turned into their own ’70s-era talk show set, complete with their own host.

Fink began the performance by smashing a glass in his hand, and it just got more destructive from there. By the end of the song, chaos had ensued and the set was completely trashed by the time “The Network Network” cut the broadcast.

See the shenanigans go down below.

As for the real Green Day, they put out a new song called “Here Comes the Shock” last week, marking their first new music since last year’s Father of All Motherfuckers.