The game is available on PCVR, Oculus Quest and PSVR 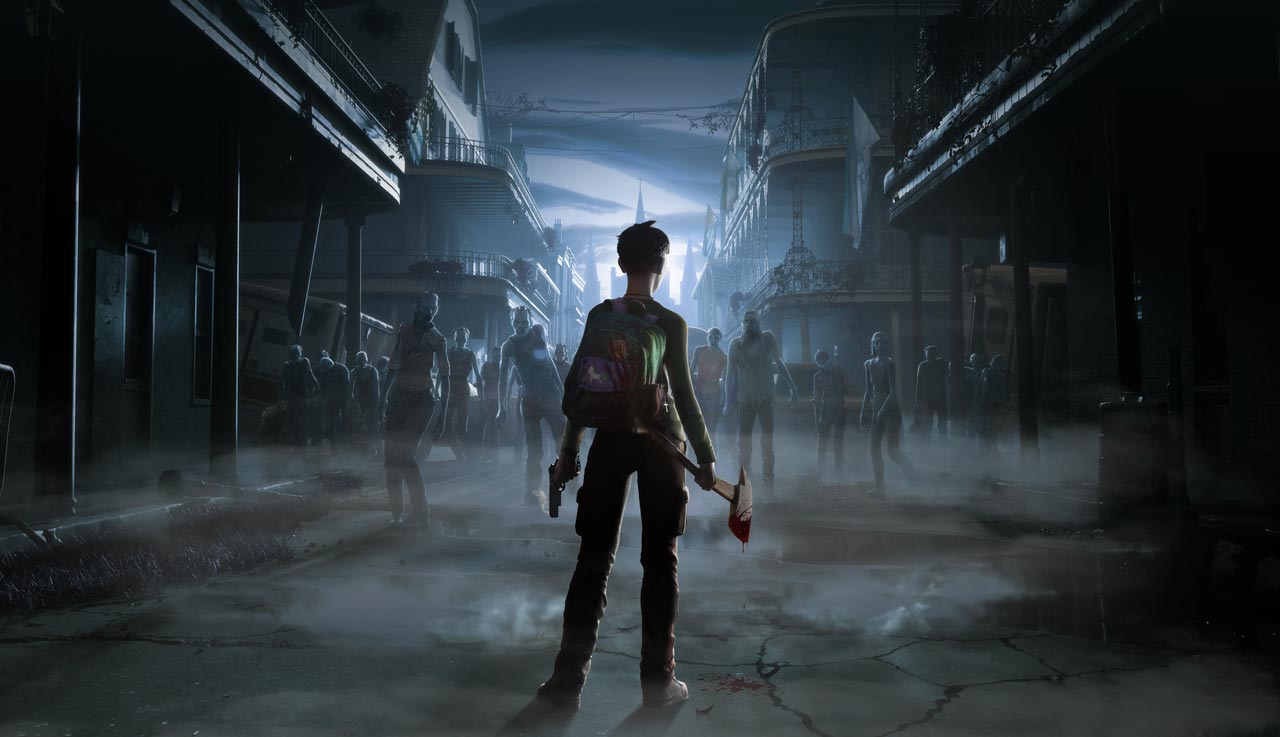 While virtual reality gaming may not be as prevalent as its flat-screen counterpart quite yet, titles like The Walking Dead: Saints & Sinners prove why the future of the medium is important for all gamers. Among the numerous games in which players battle their way through wave after wave of the zombie apocalypse, no release brings the rich atmosphere and immersive gameplay of Saints & Sinners.

Over a year since its release, the game remains the defining zombie VR experience, keeping and expanding its diehard fan base as they carve their way through the infected version of New Orleans. Despite intentionally not having much of a predetermined narrative arc to it, the gameplay loop of exploring for resources, killing the undead, and surviving from one day to the next has kept players coming back to craft their own stories time and time again.

SPIN spoke with Nicolas Soufflet, director of strategic partnerships for Skydance Interactive over Zoom about what went into making The Walking Dead: Saints & Sinners such a zombie-killing good time as well as the December release of the game’s soundtrack on vinyl.

SPIN: There’s no shortage of zombie games in VR, but it seems like The Walking Dead: Saints & Sinners really puts an emphasis on all of the different ways you can kill them. What went into making sure that all of the weapons worked on the various body parts rather than focusing on a handful of standard zombie-slaying techniques?
Nicolas Soufflet: We’ve been researching that since early pre-production. We did live-action re-creations of some of the kills. We had a guy on the table that we could pretend to hack up in a mocap suit. We did research on this. We’re not a 200- or 300-person studio, so we had to focus on what it is that we wanted the experience to be. In our case, we wanted the atmosphere — that’s why we also chose New Orleans — and we wanted the experience of really gut-wrenching kills. That was our focus from the get-go, so we put a lot of research and rehearsal into tweaking the systems, like the haptic feedback and the physics that we applied to it. You have to carry your axe with two hands, otherwise, you’re not going to have enough strength to control it. You need to pull the knife or the screwdriver off of the walker, or otherwise, he’s going to walk away with it. It was a lot of experimenting, research, and ideas thrown on the table. “Can we do dismemberments? Can we do decapitations? Can we do gutting a walker?” For all of those things, step one is can we do it, and step two is can we make it feel right so it doesn’t break the immersion.

The game also relies on that overall feeling of dread rather than the cheap jump scares seen in so many VR horror games. Why did you decide to really put that emphasis on the atmosphere and skip many of those scripted moments?
We made the choice to push for immersion very early on. We didn’t want to do any cinematics, because although you can do some great cinematics in VR, it still means that all of a sudden, you become passive. If you’re passive, that’s where the jumpscares come from when you’re watching a movie. You might be actively watching it, but you’re not affected because you’re not doing any action, you’re just being a victim of the action or on the receiving end of what’s happening on the screen. By not doing cinematics, we left it to the player to explore, make their own narrative, and get their own experience. We put enough elements in the world — through human interactions and interactions with a walker — that we know there’s going to be some tension and fear. This way, the player creates their own environment, their own adventure, and their own scares instead of passively receiving it. To me, that is one of the major reasons why it works and doesn’t feel cheap or cheesy. If you’re going to walk into a house because you want to get something that’s in it, you know what you might encounter. You go in knowing the risks, and then you reap the reward

Nearly a year after the original release of the game, you put out the soundtrack on vinyl back in December. Considering that audio is such a major part of horror games, how did that decision come about?
It’s something that came together really organically because in the game, there’s music that you can play on the radio. First, we found a team to help us produce those tracks, and then it was like “We really have a good soundtrack now, so we should get it out there.” The soundtrack was received really positively by the fans, and the vinyl has been a nice collectible item with all the artwork that went into it too.

Within the game, a lot of research went into [the soundtrack] both from a creative/artistic/musical perspective. It’s not only about the music, but it’s about how you make that music part of the game. That’s one main difference between VR and a flat-screen game. In a flat-screen game, the screen is your window into the world, and you’re exploring the world through a window. In VR, you’re in the world, so everything has to have that same level of immersion amped up three notches. You can’t just have music playing for no reason. We found what works is what Michael Peter, our audio director, calls “breathing” for music. The music fades in and out so that it’s discreet enough that you can still hear the walker that’s walking underneath the staircase you’re on even before you see it, but then it’s present enough that it can carry you. It’s never going to prevent you from hearing what’s going on because that is extremely important.

Obviously, you can’t say too much about future projects, but can you tell fans of the game how they can expect Skydance to expand upon their success with the game going forward?
Well, the good thing about video games is that they are completely opposite to movies when it comes to sequels. When you have a movie series, very often the first one is the best, and then the sequels might be OK, but never quite come up to the thrill of the first one. For games, it’s kind of the opposite. You start first with what you want to build, and you build your systems. Then you need a few iterations to improve it and bring it to the level where you wanted it from the get-go. With this game, the combat system was a huge focus, and we are very happy with where we got it. But this was step one, and now we really want to see where we can take it. Let’s just say that we’re very happy with Walking Dead and we have a strong community that’s very active and communicative, so we don’t want to abandon them. That said, we do want to explore more of what we did great and also be able to bring our games to larger audiences

Any advice for those who are about to jump into The Walking Dead: Saints & Sinners either via the game or the soundtrack?
I’d say that the soundtrack is a great sneak peek of the emotional rollercoaster that the game offers. You’ve got some of the great voiceover performances on the soundtrack with all their creepiness and their backstory. You also have some of the more typical New Orleans songs on there as well. The soundtrack gives you a bit of all of the atmospheres that you will be encountering in the game. If you want to get into the game, just be prepared not to sleep too much and make sure nobody’s there to come and touch you on the shoulder.

Hitman 3 Lets Players Murder, Assassinate, and Execute Their Way Around the World