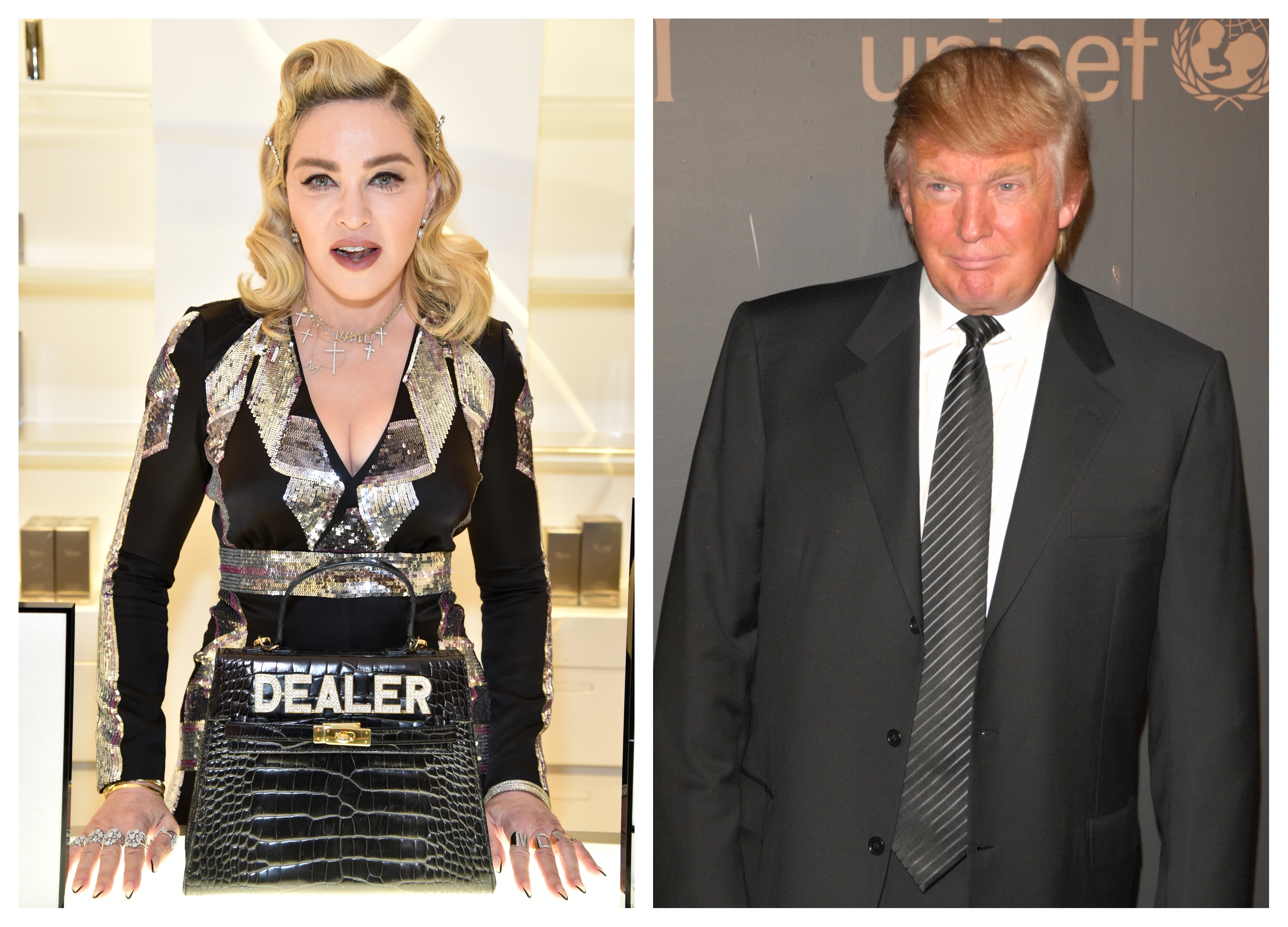 Former President Trump’s attorneys in his second impeachment trial lit up social media with a provocative argument defending his right to use fighting words: Madonna did it, too.

Trump is accused of inciting the mob attack on the U.S. Capitol in Jan. 6 by a group of supporters who claimed with no basis in reality that he won the November election.

Trump lawyer Michael Van der Veen played a montage Friday that included Madonna speaking at the Women’s March in January 2017, saying she’d “thought an awful lot about blowing up the White House.” In another clip, Johnny Depp asked a festival crowd in June 2017: “When was the last time an actor assassinated a president?”

The Washington Post quickly noted, however, that several prominent Republicans did not say Madonna and Depp’s comments should have been protected at the time they made them. Former House speaker Newt Gingrich said Madonna “ought to be arrested.”

Madonna later explained on Instagram that she was speaking metaphorically, adding, “I know that acting out of anger doesn’t solve anything. And the only way to change things for the better is to do it with love.” And Depp apologized for what he said was “a bad joke.”

Countless people noted on Twitter that they didn’t expect Madonna to come up in the second Trump impeachment trial, but they shouldn’t have been so surprised — she also came up last month.

Republican Colorado U.S. Rep Ken Buck mentioned her on Jan. 13 during a debate about impeaching President Donald Trump, saying Democrats should have called her out.

“Robert De Niro said that he wanted to punch the president in the face. Madonna thought about blowing up the White House. Kathy … Griffin held up a likeness of the president’s beheaded head. And nothing was said by my colleagues at that point,” Buck said.