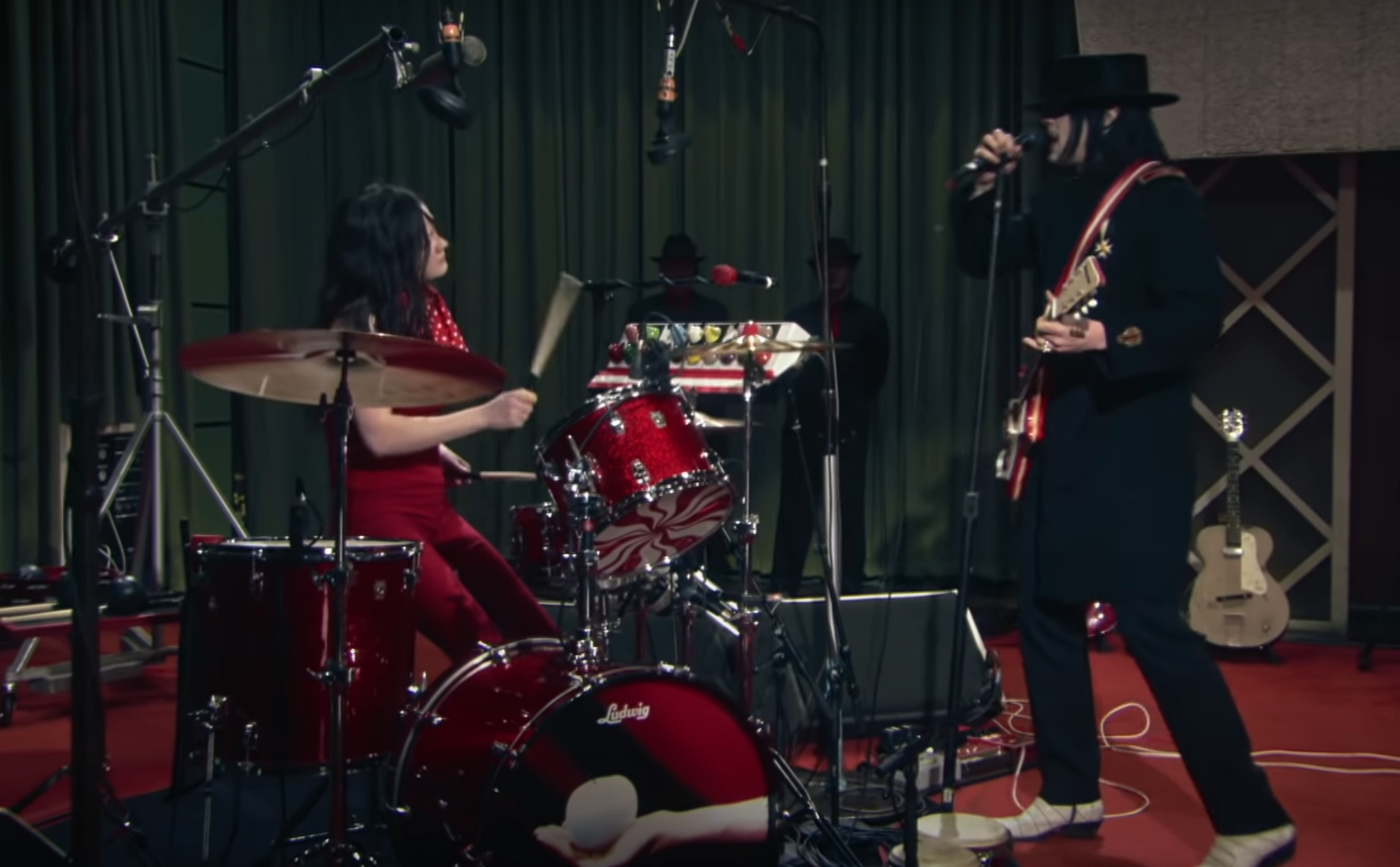 Since the White Stripes released their greatest hits collection last year, they’ve steadily shared previously unseen live clips of their classic songs. The latest to be unearthed from their archives is a set that they recorded for Sky Arts’ From the Basement.

It took place at London’s Maida Vale Studios in November 2005, a few months following the release of Get Behind Me Satan. The take was captured by Radiohead and R.E.M. producer Nigel Godrich and award-winning video director Sophie Muller. It was originally broadcast in 2007 as part of the series’ pilot episode and this is the first time the set has been shown in its entirety.

“The dream of From The Basement is to capture great performances with the most direct and beautiful coverage possible,” Godrich explained in a statement. “…Both sonically and visually. We were so fortunate early on to have the support of Jack and Meg, who instinctively understood the concept of the show and so came to be part of it. As a result, we have this amazing snapshot of their fantastic energy and style. It’s an intimate and direct performance, something magic, powerful and special. A day I will not forget.”

“Everything fell into place very quickly,” Muller added. “And because of Meg and Jack’s ease and natural chemistry with each other I could just shoot what I saw. Whatever it was between them made it very simple, but so so special and it was an honor to be there. I just love this electrifying performance.”

In a statement of his own, Jack White agreed.

“It was beautifully filmed and the sound quality makes a performance on a regular TV show sound like a wax cylinder recording,” White said. “No host. Thank God.”

Late last year, we spoke with the White Stripes’ archivist Ben Blackwell about the stories behind the songs on the band’s greatest hits album. You can read that interview here.