Mary Wilson, a founding member of The Supremes,  the iconic trio which also featured Diana Ross and Florence Ballard, died on Monday (2/8) at her home in Henderson, Nevada. She was 76. No cause of death has been announced.

In the 1960s, the Motown group enjoyed a spate of hits that included “Where Did Our Love Go,” “Baby Love,” “Come See About Me,” and “Stop! In the Name of Love.”

In a statement to Rolling Stone, Berry Gordy, Motown Records’ founder, spoke about Wilson, saying, “I was extremely shocked and saddened to hear of the passing of a major member of the Motown family, Mary Wilson of the Supremes,” Gordy said. “The Supremes were always known as the ‘sweethearts of Motown.’ Mary, along with Diana Ross and Florence Ballard, came to Motown in the early 1960s. After an unprecedented string of Number One hits, television and nightclub bookings, they opened doors for themselves, the other Motown acts, and many, many others. … I was always proud of Mary. She was quite a star in her own right and over the years continued to work hard to boost the legacy of the Supremes. Mary Wilson was extremely special to me. She was a trailblazer, a diva and will be deeply missed.” 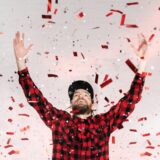 The group’s legacy stretches far: In 1981, “Where Did Our Love Go” was a hit for Brit band Soft Cell, covered in a medley with “Tainted Love.” The Broadway musical Dreamgirls, inspired by The Supremes, won a Tony.

Tributes have been pouring in from fans and peers, including Richard Marx, Neil deGrasse Tyson, Living Colour’s Vernon Reid and KISS‘s Paul Stanley, who said he’d had a long conversation with her just last week.

OMG! Mary Wilson of the Supremes has died suddenly. I was just on a Zoom call with her Wednesday for about an hour & never could have imagined this. So full of life & great stories. Absolutely shocked. Rest In Supreme Peace Mary. https://t.co/E9CmwF1Hum

Florence Ballard left the group in 1967 and passed away in 1976, Wilson remained with The Supremes after Ross’s 1970 departure. Wilson’s first book, Dreamgirl: My Life as a Supreme, later became a New York Times best-selling author in 1986.

Wilson, often described as vivacious, remained in the public eye as late as 2019, appearing on Dancing With the Stars and releasing her fourth book, Supreme Glamour.

On  Halloween, 2020, Wilson appeared glammed-up in a remote interview with TV host Tamron Hall where she spoke about the unexpected success of “three black girls,” telling Hall, “I never would have thought about this. It’s been nearly 60 years now. I’m just so happy now.  I had no idea all these people around the world were looking at us and are still looking at us. ”

Just two days before her death, the official Mary Wilson YouTube channel posted a video of the star speaking to fans as the first clip from more to follow for Black History Month. Wilson spoke excitedly about coming to an agreement with Universal to put out unreleased material, as a re-release of her debut as Red Hot, which she hoped would arrive by her March 6 birthday.  In the video, Wilson touched on the many events that had happened for the group in the month of February, which she planned to cover in future videos.