An attorney has asked authorities to launch a criminal investigation against Clifford “T.I.” Harris, and his wife Tameka “Tiny” Harris (T&T) after dozens of women have come forward with allegations of sexual abuse. According to a press release from New York-based T.A. Blackburn Law, more than 30 women have contacted him and have accused the couple and their associates of “forced drugging, kidnapping, rape, and intimidation” in at least two states including California and Georgia. Attorney Tyrone A. Blackburn has sent letters, as viewed by SPIN, to the state attorneys general of California and Georgia asking them to open an investigation.

“These criminal allegations span over fifteen years of methodical, sadistic abuse against women in various venues throughout the country,” the release continues. “These individual claims paint eerily consistent allegations of women prior to or upon immediately entering T&T’s home, hotel, or tour bus were coerced by Tiny to ingest drugs or unknowingly administered drugs to impair the victims’ ability to consent to subsequent vile sexual acts.”

According to the New York Times and confirmed by SPIN, Blackburn is representing 11 of the accusers. However, the couple’s attorney, Steve Sadow, denied the accusations in a statement provided to SPIN, calling it a “sordid shakedown.”

“Clifford (T.I.) and Tameka Harris deny in the strongest possible terms these unsubstantiated and baseless allegations. We are confident that if these claims are thoroughly and fairly investigated, no charges will be forthcoming,” the statement from Sadow reads. “These allegations are nothing more than the continuation of a sordid shakedown campaign that began on social media. The Harrises implore everyone not to be taken in by these obvious attempts to manipulate the press and misuse the justice system.” 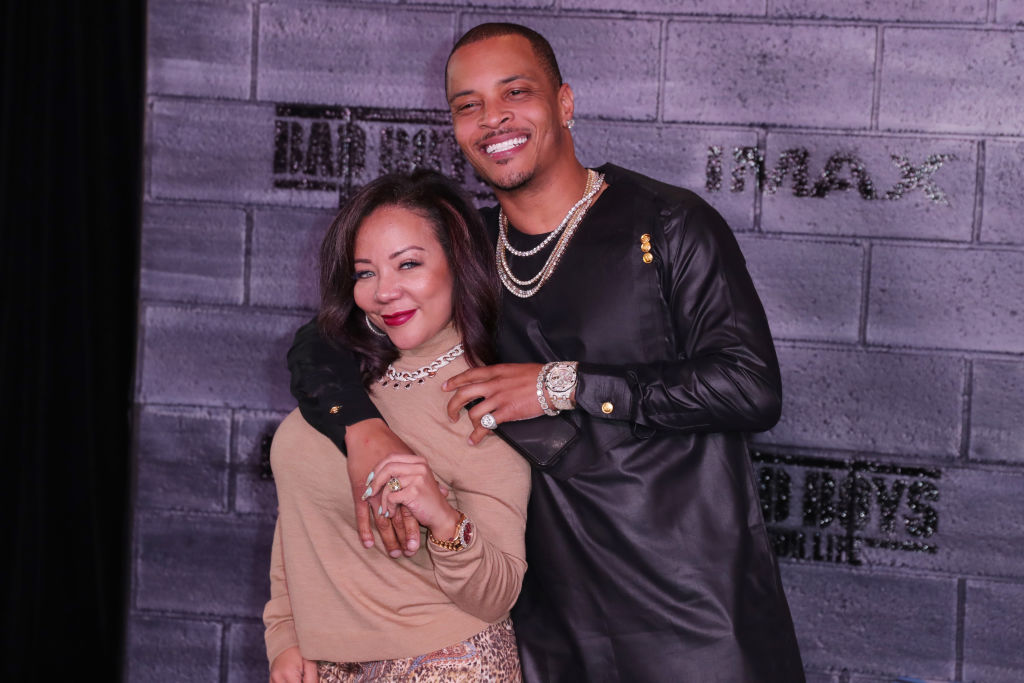 The allegations began last month when the couple’s former employee Sabrina Peterson claimed on Instagram that the rapper once held her at gunpoint and shared accounts from more than two dozen women who described being pressured to take drugs, strip, and engage in sexual acts with T.I. and Tiny, or others, present. On Monday, March 1, Blackburn plans to file a defamation lawsuit against the couple on behalf of Peterson.

The Harrises’ spokesperson issued a statement on Jan. 29, denying all accusations. “Mr. and Mrs. Harris want to be on record and more importantly want the public to know they emphatically deny in the strongest way possible the egregiously appalling allegations being made against them by Sabrina Peterson,” it reads. “The Harrises have had difficulty with this woman for well over a decade. They are taking this matter very seriously, and if these allegations don’t end, they will take appropriate legal action.”

T.I. mirrored this sentiment in an Instagram video, saying all his sexual encounters have been consensual. Earlier this month, production on the Harrises’ VH1 reality series T.I. And Tiny: Friends And Family Hustle was suspended in wake of the allegations.

SPIN has reached out to T.I.’s team for comment on the impending investigation.

For the record: A previous version of this story said over 30 women accused T.I. and Tiny of sexual assault. It has been clarified that after speaking with a representative for  T.A. Blackburn Law that 30 was the number of women who accused the couple and their associates, not the couple. Eleven individuals are accusing the couple of sexual abuse. It has been updated and we regret the error.