Denise Matthews was a model, actress, singer, songwriter, and dancer, and she left a blazing mark on the cultural landscape of the ‘80s. If the name isn’t familiar, it’s because we came to know her as Vanity, so christened by her one-time boyfriend and bandmate, Prince.

She started out competing in beauty pageants in her native Canada. A modeling career brought her to New York in 1978, where she did some commercials and a couple of movie roles before meeting Prince. The details of their first encounter vary: some say she was there for work, others that they met at an afterparty, but at some point in the early ‘80s they both found themselves at the American Music Awards. I prefer the one set in 1982, where she arrived as Rick James’ date, if only because that night he would win Favorite Soul Album for Street Songs, and shimmy and step his way through a performance of the hit “Super Freak.” 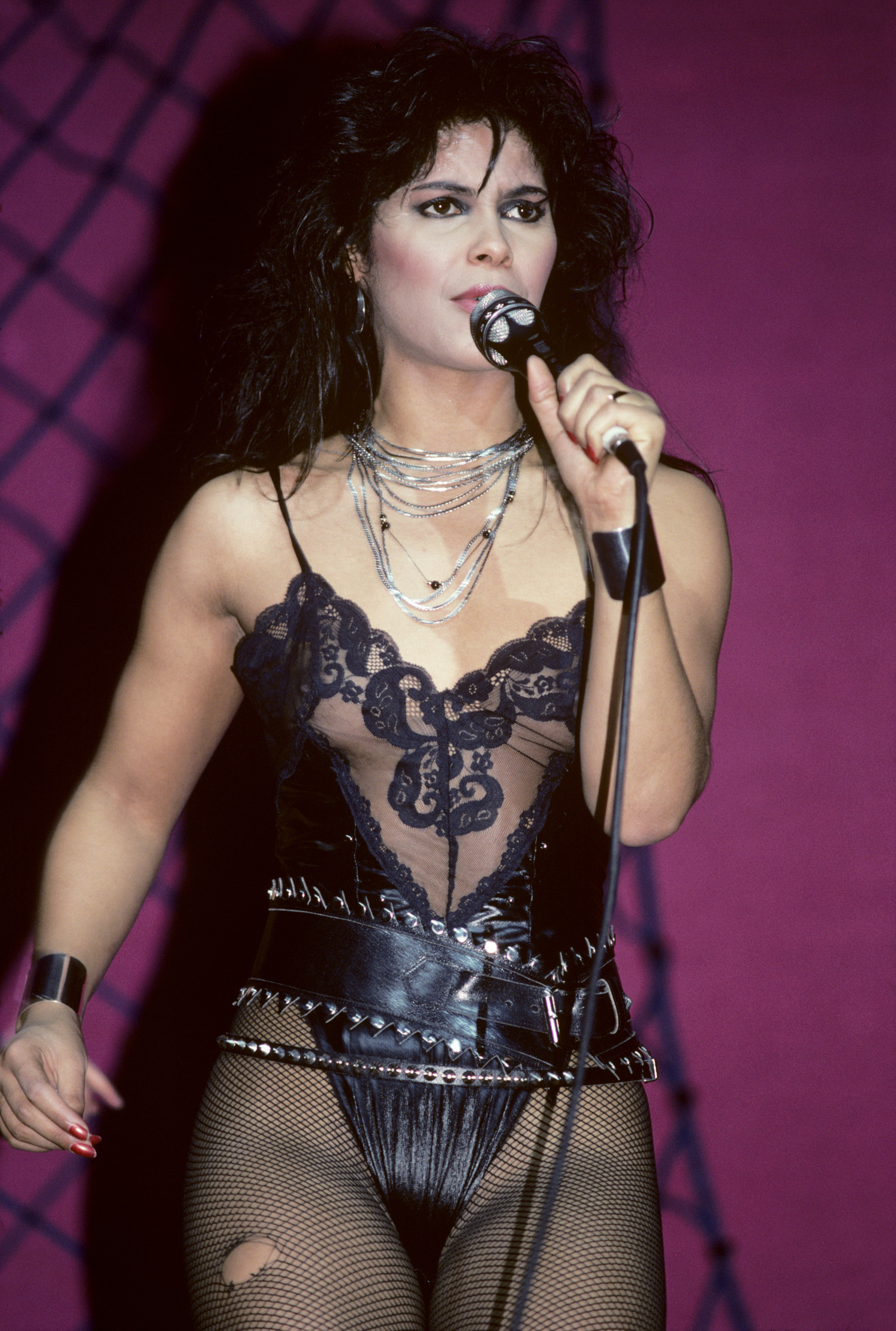 She started dating Prince and took on the frontwoman role of the girl group Prince was forming at the time, originally called the Hookers. She took Vanity as a stage name, and the trio was renamed Vanity 6. In this role, she personified Prince’s sexual drama: sharp, scanty costumes, raunchy dances, and explicit lyrics. She did this so well it became a popular theory that her stage name reflected what Prince saw in her: a reflection of himself. Her skills for performance and holding the public gaze allowed her to forge herself as a new type of pop star. The label “Prince girl” somewhat captures the boundary-breaking work required by Matthews to perform the daring allure of His Royal Badness. “I had to do it,” she clarified in a 1993 Jet interview, “if I didn’t do it, I wouldn’t get paid. I got into it.”

On the cover of the group’s hit single “Nasty Girl,” she wears the first of many eye-catching all-black looks: choker, blazer, bodysuit, and knee-high boots. The group opened for Prince during his 1999 tour, and shortly after they appeared together on the cover of Rolling Stone with matching mascara smolders, her hands playing at the tuck of his frilly shirt. She was intended to co-star alongside him in Purple Rain, but after the end of their romantic relationship, and a plum offer from Motown Records for her solo work, she left the film and the group behind, both of which were reprised by Appolonia.

With Motown, Vanity preserved the sexy, taboo aesthetic from her Vanity 6 days, but wrote her own lyrics and melodies. Her debut Wild Animal was released in 1984, with little commercial success, but the next year she was cast in Berry Gordy’s The Last Dragon as the love interest Laura Charles. The role stamped her image in what would become a cult classic of ‘80s cinema.

Her next album Skin on Skin also produced a song for (and a role in) the movie Action Jackson. Crucial as she was to shaping the fantasies of the era, low sales and negative criticism halted her tour through the best of late Blaxploitation films.

She also appeared in Miami Vice and posed for Playboy, but by then she was struggling with a crack addiction. In the early ‘90s, she quit drugs, became a born-again Christian, renounced her stage name, and looked to be regaining control of her life. But she relapsed a couple of years later, leading to near-fatal kidney failure.

That near-death experience deepened her faith. She continued taking film and television roles but incinerated many tapes and memorabilia from her music career. Her career as a performer ended in 1997, but as a minister, she spoke at churches up until just days before she finally died of kidney failure, on Feb. 15, 2016. Vanity left behind a decorated legacy that had many twists, but ultimately, helped usher in a new era where female singers could perform in racy attire and accurately depict the subjects they were singing about in a physical fashion.