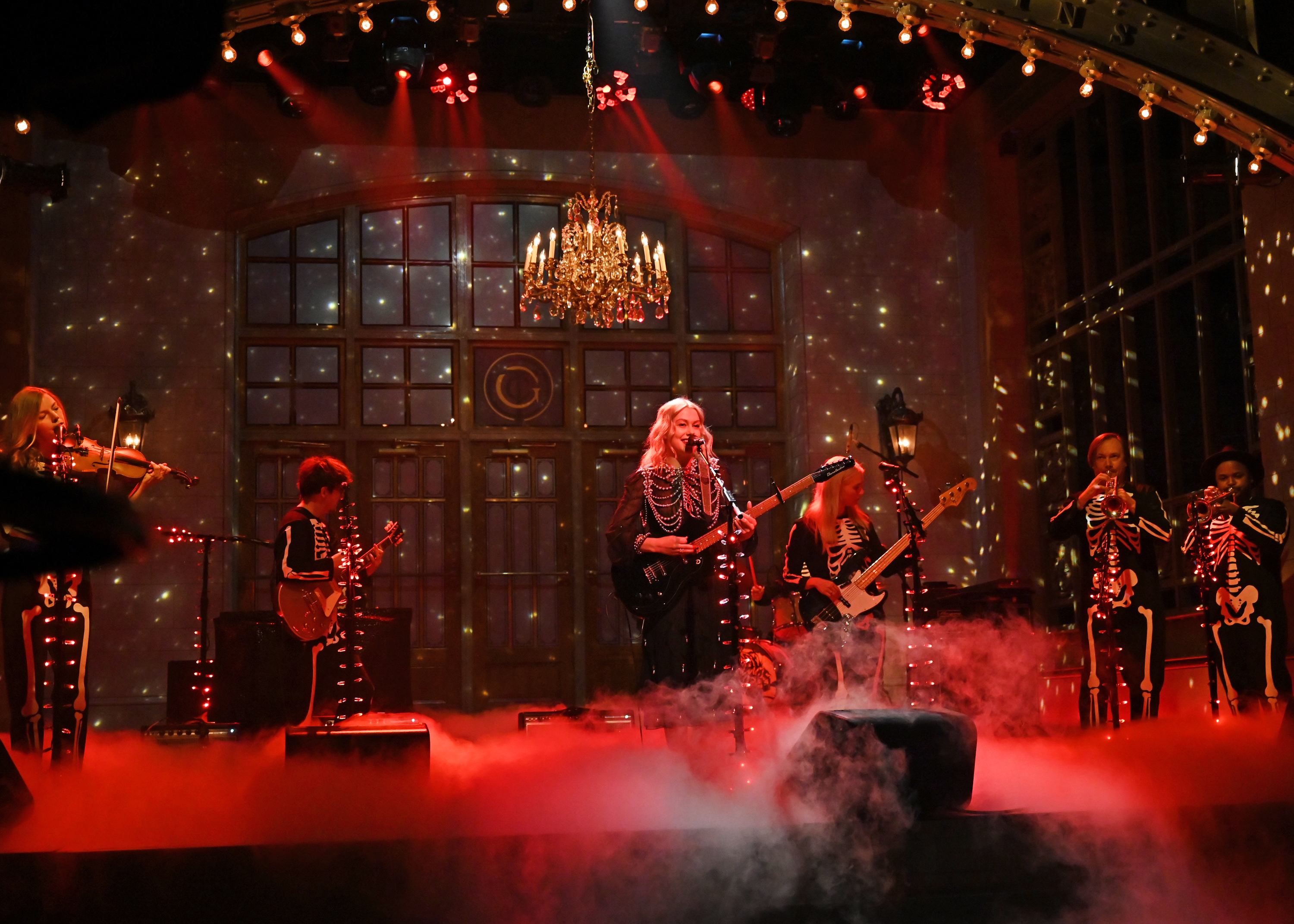 At the end of Phoebe Bridgers’ Saturday Night Live performance on Feb. 6, the singer/songwriter clad smashed her guitar. She did it during the culminating, cathartic end of “I Know the End,” the closer to her beloved sophomore effort Punisher. This, for whatever reason, sparked a ridiculous discourse online about smashing guitars—whether it’s privileged to do so, whether it’s corny to do so, etc.

On Monday, Bridgers hit back the critics. In an Instagram post of her swinging the guitar, Bridgers included the amazing caption: “got some really great feedback from my performance ! next time I’ll just burn it and it will be more expensive.”

In the end, Bridgers didn’t do much damage to the instrument. In a response to Jason Isbell tweeting in defense of her, Bridgers replied: “I told Danelectro I was going to do it and they wished me luck and told me they’re hard to break.”

A lot of fans are also drawing a connection to the 2008 Bright Eyes performance on The Late Late Show with Craig Ferguson, on which Bridgers’ frequent collaborator Conor Oberst dramatically smashed his guitar at the end of “Road to Joy.”