Crosby wasn't very fond of her move on 'SNL' 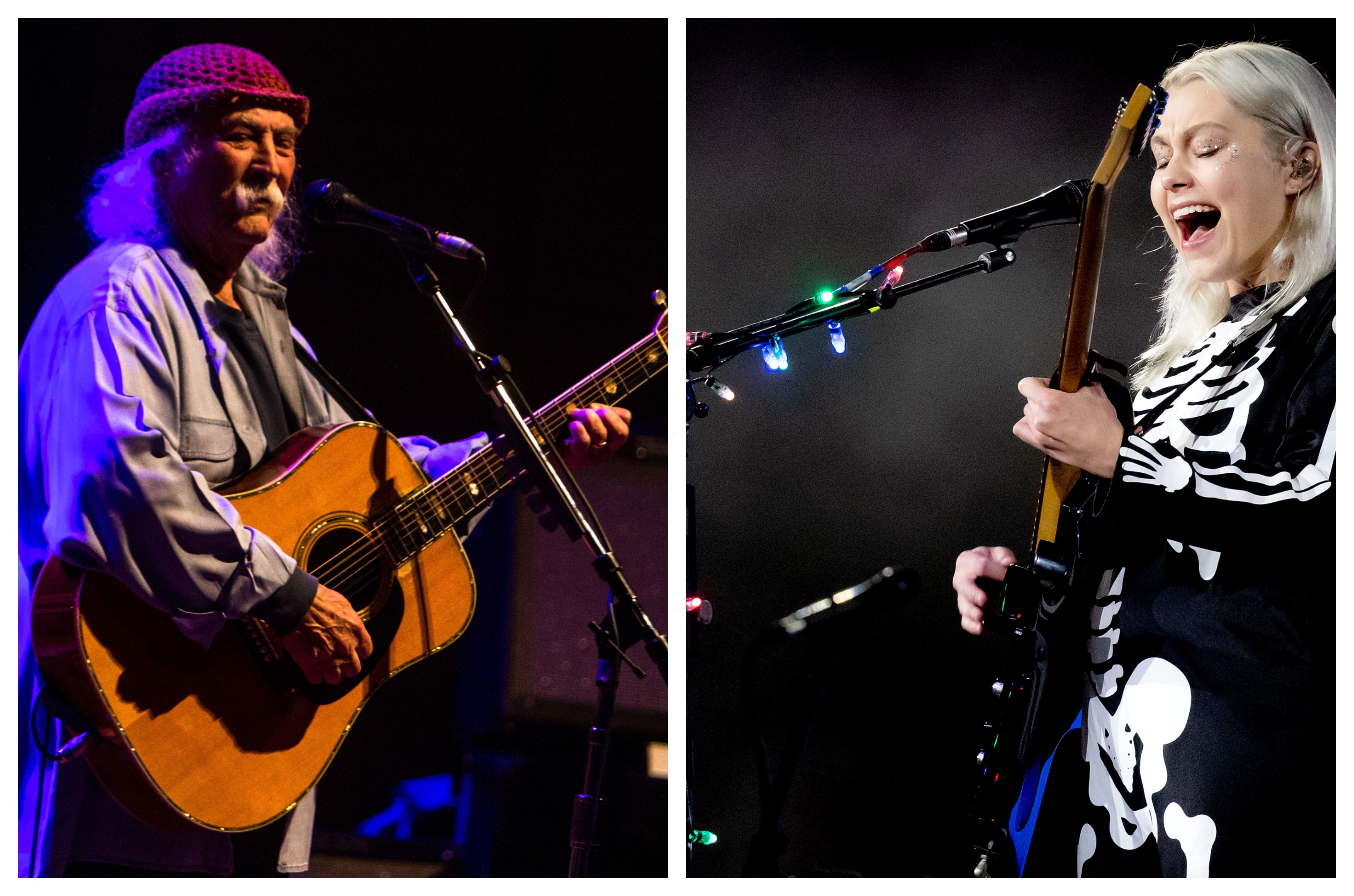 Crosby had referred to the incident with her Danelectro guitar as “pathetic” and “childish stage drama” after a fan asked him his take on the moment that occurred at the end of her performance of “I Know the End.”

Guitars are for playing ..making music …..not stupidly bashing them on a fake monitor for childish stage drama …..I really do NOT give a flying F if others have done it before
It’s still
STUPID

Bridgers, 26, was the featured guest on Saturday Night Live while Crosby, 79, was impersonated on the show by Bobby Moynihan a dozen years ago.

Below is the footage of Bridgers bashing her axe at the end of the song “I Know The End” on the Feb. 6 episode.

Bridgers commented on all the “foolish discourse” her pre-planned stunt engendered, saying, “next time I’ll just burn it.” Hopefully, Jimi Hendrix won’t take offense. Crosby also took aim at the Who and Hendrix and their guitar smashing.

I have always thought it was dumb …it’s what you do if you can’t write sing or play https://t.co/jBYKLCM157

Of course, Bridgers isn’t the only fellow musician Croz has taken aim at. His Byrds bandmate Roger McGuinn blocked him on social media. The Crosby, Stills, Nash & Young alum also hated Jim Morrison of the Doors, who died long before social media was invented.