NOFX’s Fat Mike on His Sobriety, Sexuality: ‘I Think I Came Out of the Closet Even More’

Home » Features » Interviews » NOFX’s Fat Mike on His Sobriety, Sexuality: ‘I Think I Came Out of the Closet Even More’

Fat Mike of NOFX has never been shy about voicing his opinions and speaking the truth about his reality, but he’s taken his honesty to a new level with “Fuck Euphemism,” the brand new single off of the upcoming Single Album.

The song itself (and accompanying animated music video) is full of the thoughtful wordplay that’s made them one of the dominating forces in punk for over 30 years now, but the subject matter is a full-frontal look at Mike’s struggle of where he fits in with the current gender identity standards echoing throughout society.

Of course, that makes sense for the second single off of their latest work, as Single Album (which was apparently supposed to be a double album before getting cut down) is likely the darkest and most personal material the band has ever put out.

SPIN spoke with the iconic frontman to discuss the stories behind “Fuck Euphemism,” Single Album, and a whole lot more. Check out the new track below. 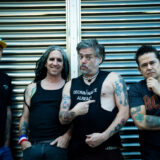 SPIN: The inspiration behind “Fuck Euphemism” is obviously very clear, but what do you want people to take away from this song about you being a crossdressing kinkster?
Fat Mike: I think it’s a very important song for the conversation with the trans community and the LBGT community. I consider myself queer and a part of it, so I can sing a song like this. I live a BDSM lifestyle and I’m a crossdresser, so it did bother me when people were calling me a cis male. I like the whole thing of defining yourself using your own terms, because I’m a punk rocker first, and then a submissive crossdressing male. The transgender community and the gay community are taking a stance on how we want to be known, and I’m going to be known as a certain way.

But I think the most important thing in this song is that it doesn’t need to be that way, because really you’re just a person. In part of the song, I say “Call me ‘per’ for the night,” where “per” is short for person. I think that is really the term that people should be embracing, like “I was with per last night” or “I love per” because it doesn’t give away anything. It’s singular, and isn’t that what people want to be known as, — as a person? They don’t want to be labeled. It’s a term that Doris Lessing came up within a book called The Good Terrorist, which I read in college in the ‘80s. Doris Lessing is a feminist writer, and she had it where, in the future, society called everyone “per” for person. It just makes sense to me.

There’s also a line in the song about how I did a line off of Scarlett’s $100,000 cunt, and I think I came out of the closet even more with that because I was too scared to wear women’s clothes until I was 45 — 9 years ago. I was still a closeted crossdresser, and I managed to come out a little more. That line for me is really huge because this domme I was seeing, Scarlett Sin, I didn’t know she was trans when I was seeing her. With a domme, there’s no sex going on, so you don’t really see what’s what she’s got under the hood. After a few sessions with her, I asked if she was trans and she said “You didn’t know?” I said “No, I actually didn’t. I never thought about it before. You still got a wiener?” She said, “No, I took the whole journey, and I got a really good one.”

She was a marine, so the Armed Forces paid for her operation because she got shot in the back in Bosnia. I’d never seen one before, so I asked if I could check it out, and I ended up doing a line off of it. But where you normally would do a line — which is right above the clitoral hood, because it’s a little bump stop and it won’t fall down — she doesn’t have one. Her vag is smooth like a Porsche hood or a Volkswagen hood, so if you put the line down there, it just slides right down. But I still wanted to because that’s what you do. Some people would think it’s TMI to put that out in a song. But for me, I just can’t stop singing about my life. Truth is stranger than fiction, right?

Absolutely. The new album coming out seems a lot darker and a lot more serious than some of the more lighthearted material the band has done in the past. What inspired that change?
Well ever since we started, we’ve written pretty serious songs and sociopolitical songs. It’s just that we’re funny on stage, so everyone kind of pigeonholes us as a fun joke band. But our lyrics are fucking serious. Like “Liza and Louise” is a song about lesbians that a domme I used to see once told me was the song that let her come out as a lesbian when she heard it when she was 16. It gave her the confidence to come out as gay, and I was so fucking stoked about that. That’s how I always felt my songs were. They are sociopolitical songs that tell stories that make people feel like they’re not alone in this world.

This album is darker because it’s the first album I’ve ever written and recorded it while I was in depression. I never had depression until a couple of years ago, and this is what happens when you write lyrics at four in the morning when you’re on vodka and coke. You face your demons and you sing about personal things. What’s cool about this record is that I wasn’t sure about it when I finished it. All I knew was that I loved a few of the songs, but I didn’t know how people would respond to the album. So far, people are treating it very well, which just makes me so happy because I wasn’t sure since I wrote and recorded it while using drugs and booze the entire time.

I’m sure part of the nervousness must come from going to rehab and getting sober pretty much right after, right? What was that like?
I used to always say that rehab wasn’t for me. I went to detox once, but that was only for six days. This time, the band wanted me to go to rehab, which really pissed me off because at the time I was riding my bike five days a week, I was in good shape, and I wasn’t using very much except for like two or three days a week — which I felt pretty good about. They wanted me to go to rehab because they thought I was being unreasonable, so that pissed me off so much that I said “Fuck you guys” and ended up going on a weeklong bender. That ended with me throwing up two liters of blood and shitting blood at Avenged Sevenfold’s house, which is when my ex-wife said I needed to go to rehab.

Strangely enough, once I got out of the hospital and went to rehab, the doctor and the therapist told me I didn’t throw up blood from drinking or drugs, but actually a bacteria that I have, that is a serious stomach disorder. It’s actually chlamydia of the stomach. Don’t ask me how I got it. So it turned out that what caused me to puke blood and made me think I was dying actually wasn’t because of vodka and blow. The doctor at rehab said my liver and heart were good, but the problem was that I didn’t know how to deal with issues like loneliness or divorce — or when my musical was finally supposed to open in July in L.A. and then got shut down like everything else. That’s when I’d start drinking and doing drugs more than I normally do, so going to rehab was awesome because I learned how to deal with issues and change my perspective on certain things instead of just going right to the bottle.

Now, I’ve been sober for like three months, and I’m super happy. I’ve written almost 40 songs in three months. I’m just going in all kinds of different directions because well, shit, when you wake up at 8 am every day and go to sleep at 11, there’s a lot of time when you’re not trying to fucking do drugs or something. I spend an hour or two writing every day, and it’s just awesome. Stephen King said he writes every day, and that’s what I’ve been doing since I went to sober camp. 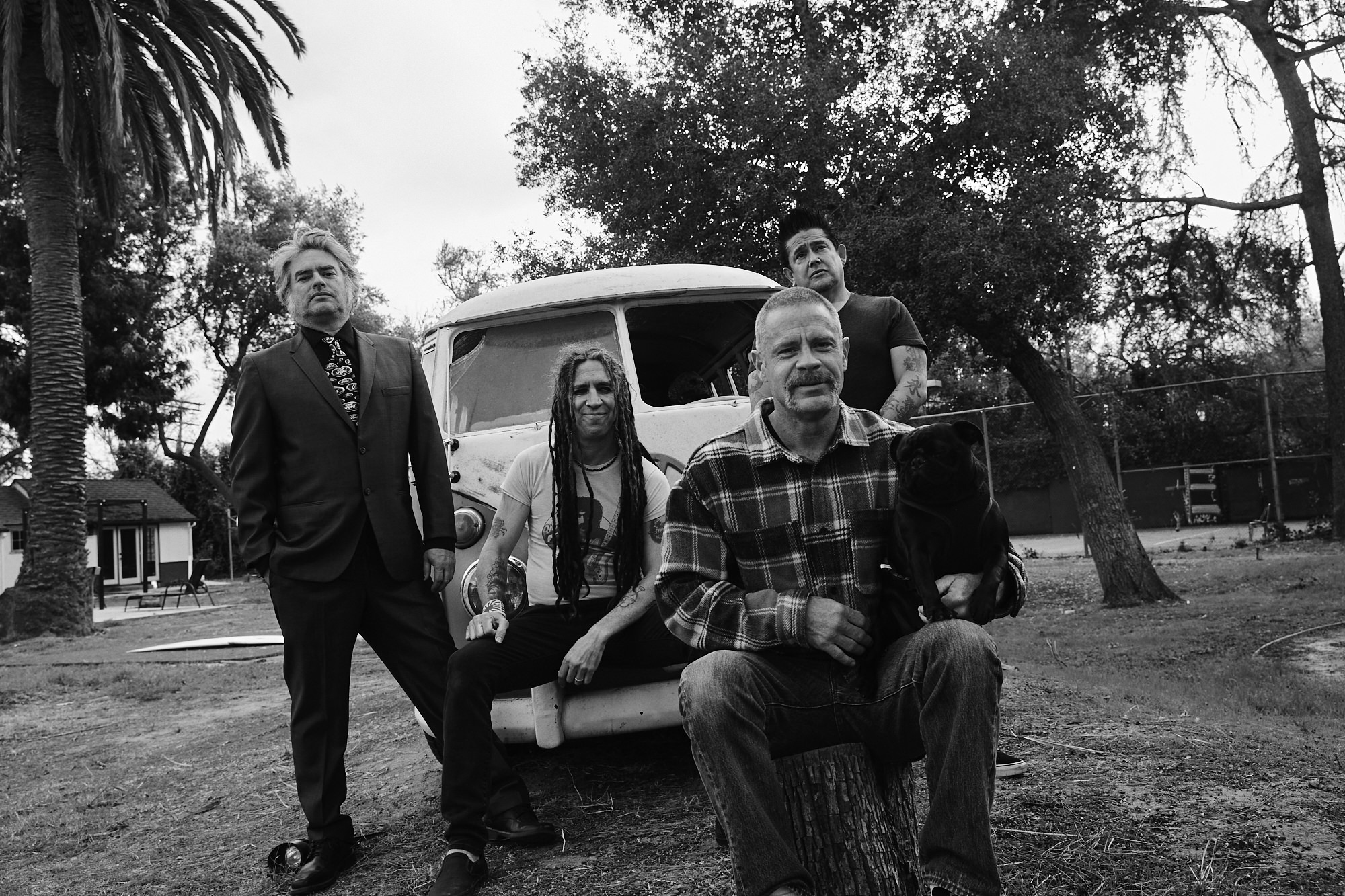 Now that The Hepatitis Bathtub and Other Stories has been out for almost five years, how’s it feel for all of these stories you guys had been holding on to for so long to be out in the open?
It’s great. It was amazing seeing 800 five-star reviews on Amazon and having the writer of The Dirt email us to say how much he loved our book. It’s great when a plan works out, because I told the band that if we’re going to do this book, we have to be absolutely honest about everything. I love that it’s really Smelly’s — our drummer’s — book. I love when other people in my band get the shine. Because they’re all great people and they’re all talented and have big hearts, but I do most of the press because I write the songs. I love how Smelly got so much spotlight for the book, and I love that people look at NOFX differently after reading that book. They don’t think of us like a mid-90s pop-punk band. I actually hate when people call us pop-punk. We are a melodic hardcore band.

You said you’ve already written 40 songs in the last few months, so should people expect another NOFX album this year after Single Album?
We already started recording, so yeah, I want to put out two records this year. We’re planning festivals in September and October in both Europe and the US, and then Australia in December. The dates keep getting pushed back, but things are looking up and I think things in Europe are going to happen by September.

But honestly, I’ve really enjoyed this break. Based on what I learned in sober camp, my perspective is that I’m taking this time to write and record, and I’m not bummed out. I just spent a week with my daughter, and it’s just a good time to reset your life with everything slowed down. I’m kind of cherishing all the stuff I’m getting done in my life right now.