The song turns 30 this year 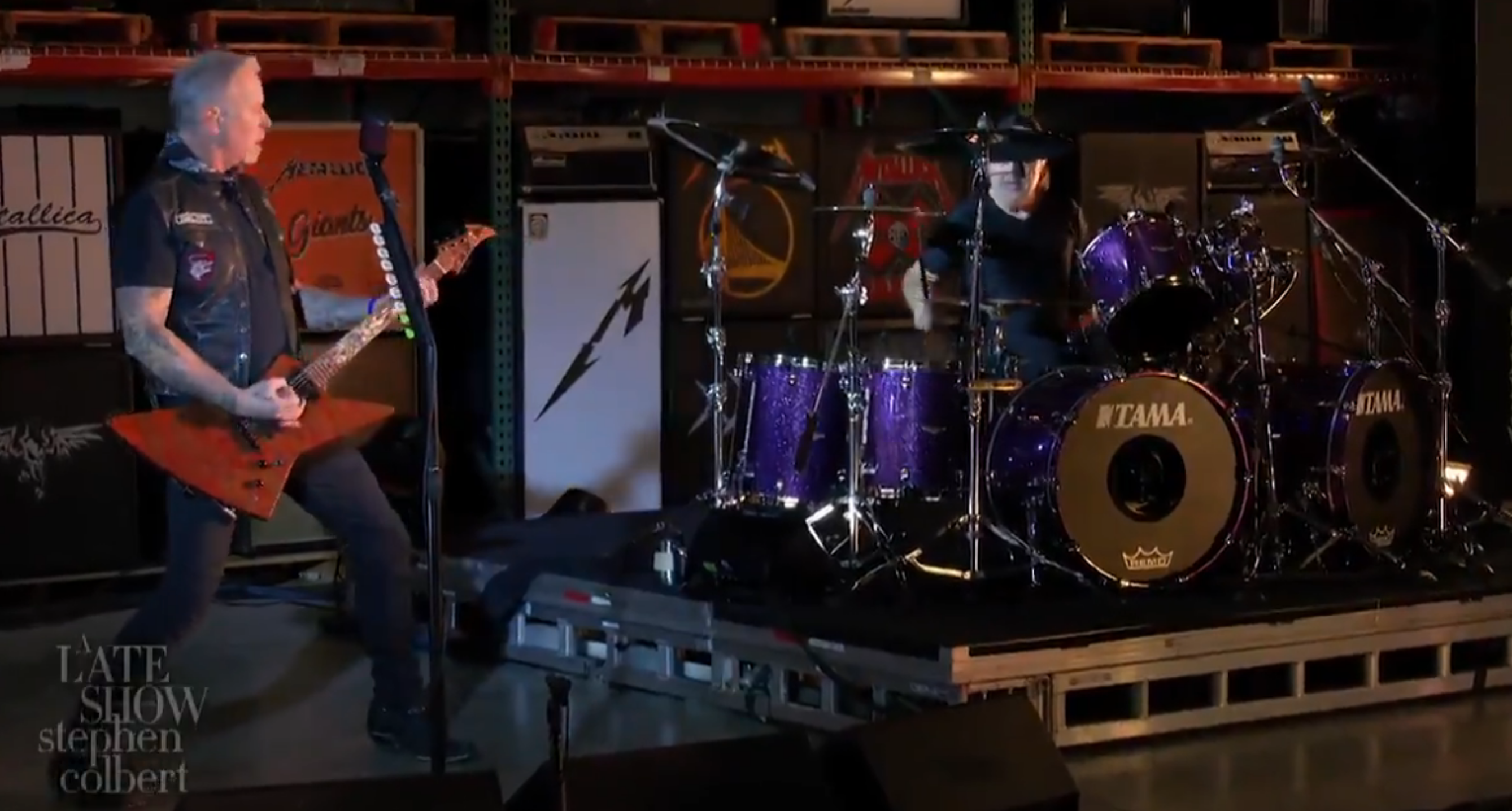 Following a whirlwind day of music, it’s fitting that Metallica topped off the day with an appearance on the Late Show With Stephen Colbert. Instead of unveiling something new, the rock giants went back 30 years to perform their signature song, “Enter Sandman,” which was performed from the band’s studio in the Bay Area.

.@Metallica performs their iconic song “Enter Sandman” to close out the #LSSCSuperBowlSpecial pic.twitter.com/dWxVCc1wB1

Back in November, Metallica debuted an acoustic rendition of “Blackened” and an electric version of “Disposable Heroes.” Though they’ve been busy playing virtual shows, drummer Lars Ulrich doesn’t anticipate stadium tours to ramp back up until next fall “at the earliest;” however, he tried to look at it with a glass half full mindset.

“The good news is, on the live concert front, when Metallica and other bands like Metallica play big arena or stadium concerts again, you can pretty much count on the fact that Covid as we know it now it is over,” he said. “The last thing that will happen are big concerts — 20,00 people in an arena, 50,000 people in a stadium.”