No longer bound by her musical past, breakups or the public’s expectations, the pop star is learning to stay truthful to her fans 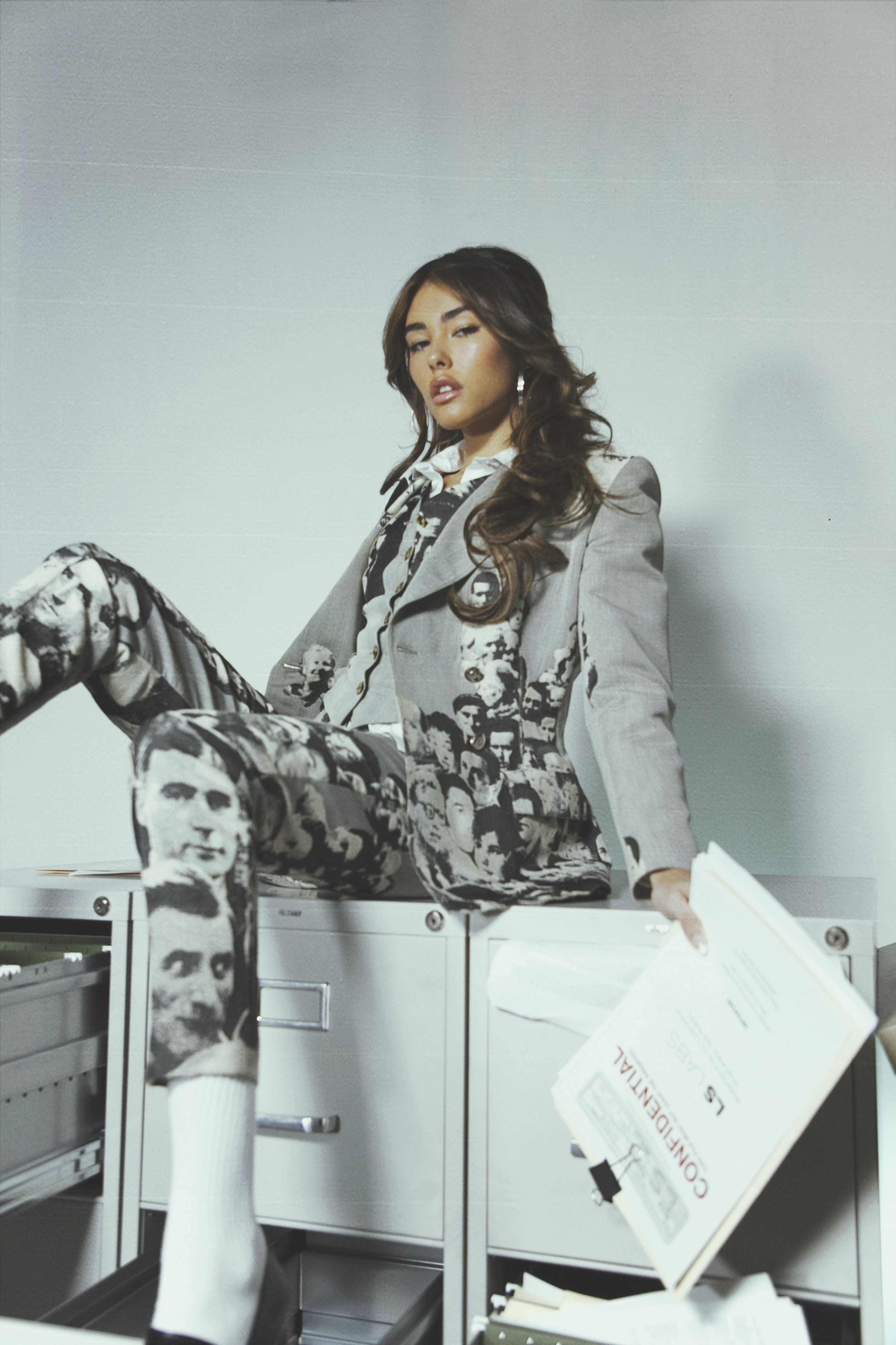 Madison Beer had been lying for way too long.

She wasn’t trying to. It was completely subconscious. But for a moment in time, the now-21-year-old pop phenom didn’t believe the words she was singing.

“I was only really putting out songs that were bad-bitch anthems or songs that were ‘get over your ex’ and ‘do your thing,’” Beer says. “Meanwhile, I’m sitting in bed crying over mine. So I felt like it was inauthentic. Especially being someone who’s so close with my fans. A breakup is so multifaceted. And life is so multifaceted. I really wanted to just encompass more of that.”

On an afternoon call in early February, the Long Island-born vocalist, beaming with honesty, couldn’t be any further from that former version of herself. In just a few days, Beer unleashes her debut album, Life Support; a body of work analyzing the toll of heartbreak and learning to understand one’s mental health. It’s a record she thought she’d almost never live to see released. Now, during our call, some time after being diagnosed with borderline personality disorder while working on the album, she insists the record saved her life.

“I started to realize I was reducing myself to a breakup,” Beer tells SPIN of her writing process. “And that wasn’t the only thing I had to talk about. And I was going through really serious mental health struggles that I had never opened up publicly about. I wanted to be like, I am going through a breakup, but I’m also not defining myself by my breakup. And I want to give people hope and inspiration in other ways that aren’t just as simple as relationships, because I think I have a lot more to talk about and a lot more to offer.”

Piecing Life Support together has been laborious for Beer. While these 17 songs were a year-and-a-half in the making—a process she compares to being pregnant and needing to finally give birth—her journey toward a debut album started long before Life Support even had a due date.

The album’s release date aligns with the ninth anniversary of Beer’s YouTube channel launch (“a pure coincidence”). Of course, that platform that eventually led to her first record deal in 2013 via a Justin Bieber notice, being pigeonholed into creating the furthest thing from the Etta James covers she earned notoriety for and feeling “written off” after being dropped by her first label. The debut album she envisioned for herself years ago never happened.

“I’ll never do that again,” Beer says. “I’ll never let myself be in that position again, I’ll never let myself like—I don’t want to say be taken advantage of—but I feel like I was. I feel I was used as maybe a hopeful cash cow. I had a lot more to offer the world. I think it still stands today that I won’t ever put anything out that I don’t feel is authentic to me, and that my fans will be able to be like, ‘Oh, yeah, that’s our girl.’”

And now, their girl is finally in a place—signed to Epic—where she can make music without the limitations she once faced. The record boasts a handful of ballads, including the stand-out “Selfish,” which she proudly states is the first she’s ever released. Other cuts like “BOYSHIT” still hold down the “bad-bitch” agenda during an emotional ride of a project, while closer “Everything Happens” reels it all in with a message she hopes resonates with her fans just as much as it resonated with her during its recording sessions (“Everything really does happen for a reason,” she says. “And I think everyone ends up on the other side, completely better.”)

Beer is just a few days out from one of the biggest moments of her career, with no set plans to celebrate a project that’s brought her the most clarity she’s felt in years.

But, still, there’s a lot to celebrate. Her fans will soon get the record they’ve been dreaming of. She can finally introduce herself to those who think they know who she is. And above all, she’s done with singing lies.

“I think that we live in a world that’s very fabricated, and everything’s kind of bullshit,” Beer says. “And people don’t really show the real sides. And I hope that this gives people a little bit of insight into my life and tells my story the way that I wanted to.”

Bunny Wailer, Founding Member of the Wailers, Dies at 73