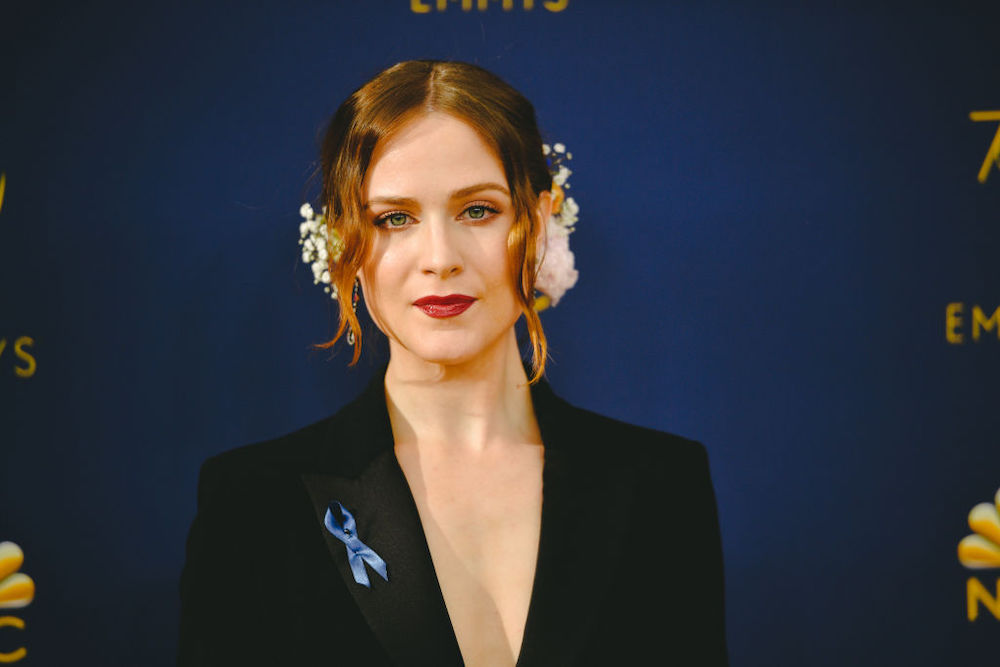 On Saturday, Evan Rachel Wood took to Instagram Stories to reveal more disturbing facts about her former relationship with Marilyn Manson (real name Brian Warner). The Westworld star claims she had to file a police report against the musician’s wife after she threatened to leak photos of her in an attempt to ruin her career.

Wood continued by sharing one such “blackmail” photo, which shows her wearing Manson’s iconic military-style hat and a black mustache drawn on her face. She explained that she spent most of the night in the rock star’s hotel room since she wasn’t old enough to go to the casino, and people were drawing on her face. At the time of the photo, which was taken on Halloween 2007, Wood was 20.

Earlier this week, the 33-year-old named Manson as her abuser and detailed the torture she endured during her relationship with him, which began when she was 19 and he was 36. Since then, more women have come forward with their own accusations of abuse, which has caused Manson’s label and manager to drop him.

Manson was quick to issue a statement about the allegations, which read: “Obviously, my life and my art have long been magnets for controversy, but these recent claims about me are horrible distortions of reality. My intimate relationships have always been entirely consensual with like-minded partners. Regardless of how — and why — others are now choosing to misrepresent the past, that is the truth.” 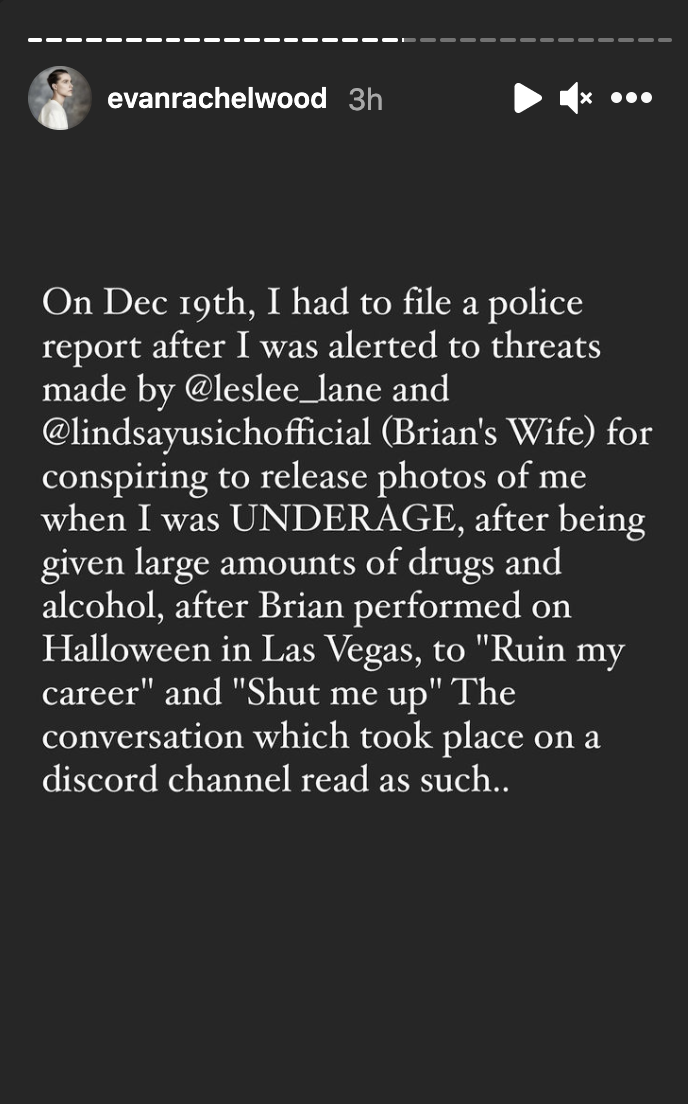 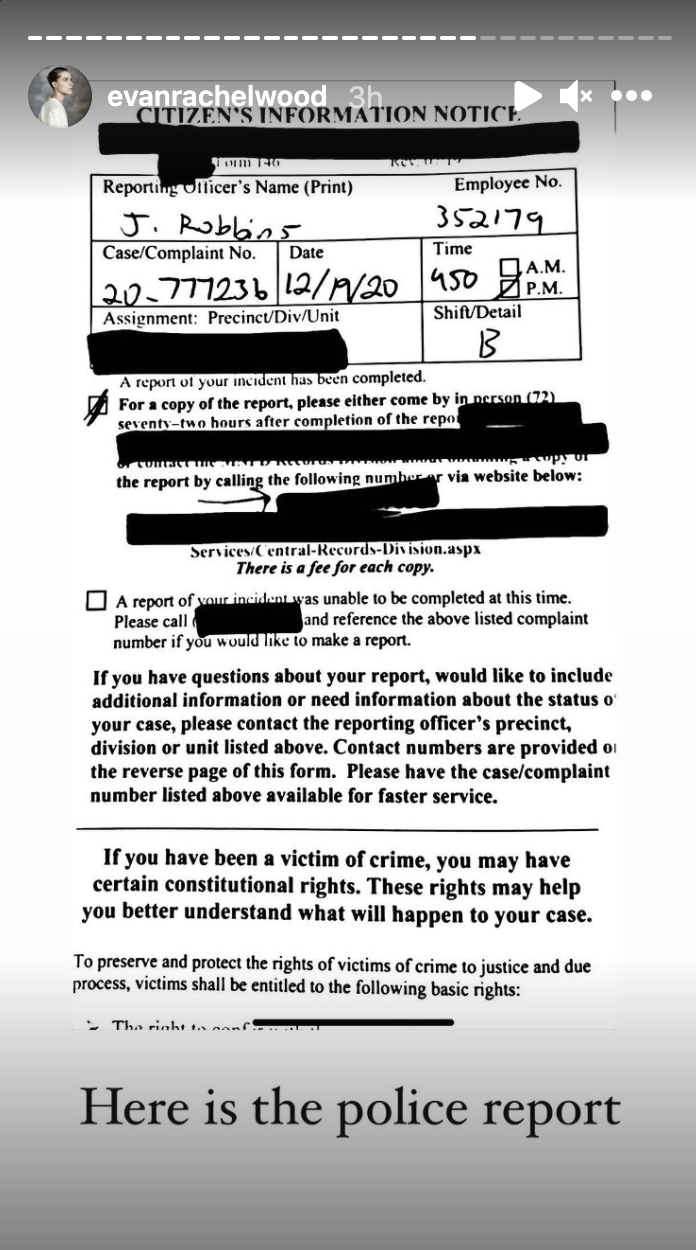 For the record: A previous version of this story incorrectly said Leslee Lane was Manson’s wife and a police report was filed against her. Manson’s wife is Lindsay Usich. That was corrected and we deeply apologize for the error.