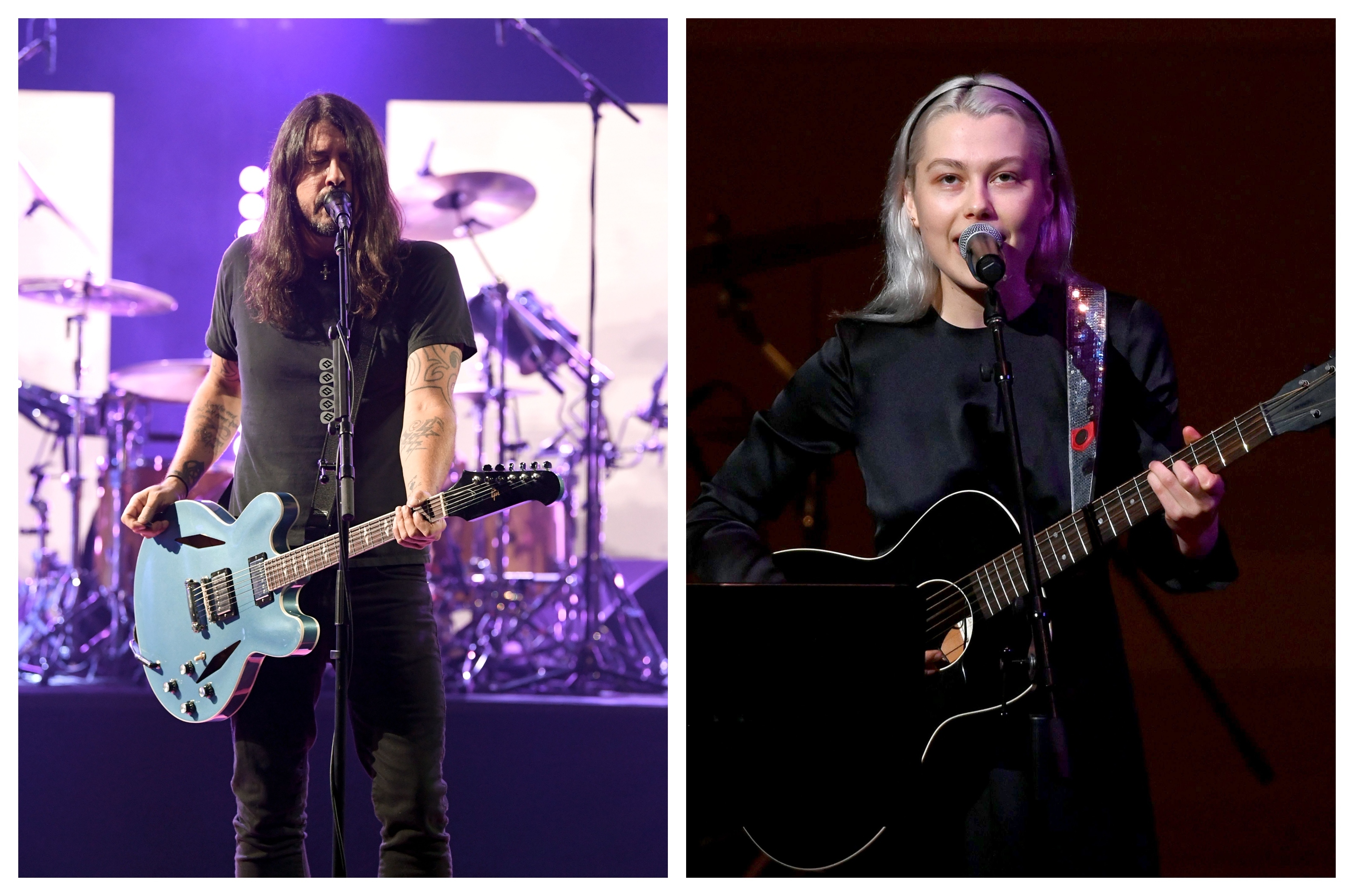 In an appearance on Howard Stern’s SiriusXM radio show to promote Medicine at Midnight, the Foo Fighters reacted to the news of the day, namely their Rock & Roll Hall of Fame nomination and the Phoebe Bridgers “guitar gate” incident on Saturday Night Live.

The online battle between the young singer and David Crosby (a 1997 Rock Hall inductee) got heated, and SPIN reported on the retorts, which included Croz calling Bridgers “Pathetic” and Bridgers replying “little bitch” to the elder statesman.

Dave Grohl supported the young singer’s decision to smash her guitar during her Saturday Night Live appearance last weekend. “I saw that performance man, I actually talked to my mom about it. ‘Did you see Saturday Night Live?’ [she asked].

“I said, ‘Yeah!’ She goes, ‘What did you think of that girl Phoebe?’ I said, ‘She’s got a beautiful voice, she can really sing.’ And my mother’s like, ‘I loved it. I thought she was really great.'”

Grohl then discussed his own on-stage antics with both Nirvana and the Foos. He noted that Kurt Cobain smashed stuff up “every fucking night,” recalling that his drums had holes in them from Cobain’s rock ‘n’ roll thrashings. But, Grohl added, “let me tell you, it feels fucking good when you do it.”

He also was glad to emphasize that rock’s not dead.

“First of all, you have to understand that for the last 10 years every interview I do people say, ‘Is rock and roll dead?'” Grohl told Stern. “I don’t think so. I stand at the lip of the stage and there’s like 50,000 people freaking out. Don’t ask me, I don’t think so, I think it’s fucking great!… ‘There’s no guitarist anymore’… so in the last year there’s been this return to guitar rock music in popular music.

The Foos frontman also gave props to Miley Cyrus for “becoming Joan Jett” by adding in grungy guitars and headbanging to her show and songs as she remains a “gigantic” pop artist.

As for their Rock Hall nod, Grohl told a story about hearing a solo album by Police drummer Stewart Copeland, which gave him inspiration when first putting out the Foo Fighters under a band name.  Grohl and drummer Taylor Hawkins said Copeland would be a great choice to induct the Foos, presuming they are voted into the Rock Hall this year.