Despite the conservatorship, the pop star has used her songs to fight against the idea of being controlled 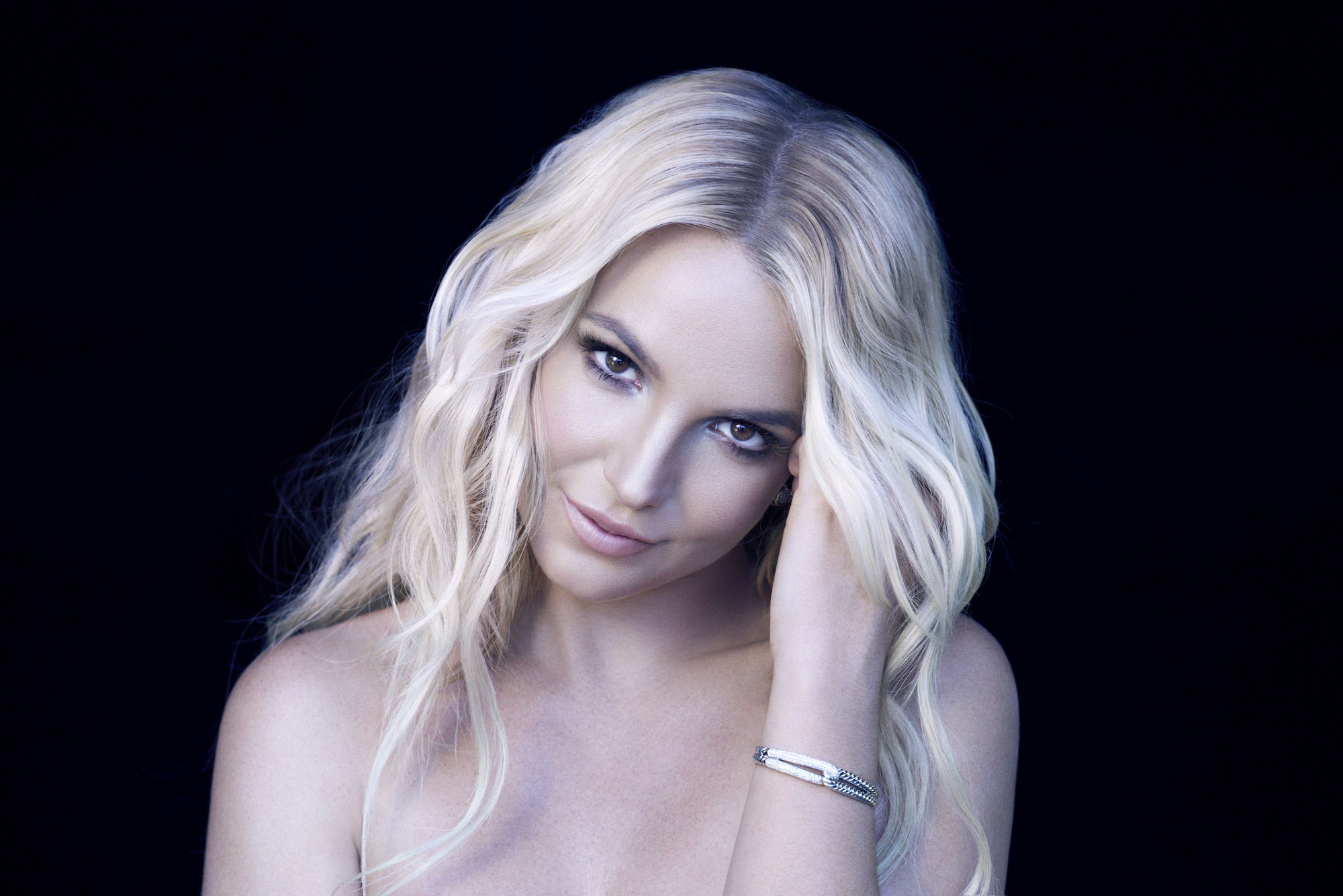 Over the last decade, Britney Spears’ supernatural pop star status became overthrown by the haunting shadow of her conservatorship. Established in 2008, following messy custody battles and an involuntary psychiatric hold, the artist’s estate and finances were placed in the hands of her father Jamie Spears and attorney Andrew Wallet. In recent years, the topic of Spears’ creative and financial freedom has ballooned into a prominent discussion in modern pop culture.

This year, The New York Times resurrected the conversation with its Framing Britney Spears documentary. Released on Feb. 5, it chronicles Spears’ career, the sexism she faced by the media, the origin of the conservatorship, how it has since affected her life, and the fan-driven #FreeBritney movement that follows her court proceedings (on Thursday, Jamie Spears lost his bid to be the sole delegator of her finances). Upon viewing, many have wondered how they missed the signs or how the artist herself must feel about the situation. But if one listened closely to her music, the allusions were always there. Below, SPIN sifts through Spears’ discography to unveil alleged hidden messages (many of which were co-written by Spears herself) that piece together the sheltered life of America’s Princess of Pop. Britney Spears on the 'Oops...I Did It Again' tour, 2000 CREDIT: Dave Hogan/Getty Images

The second single from her sophomore album Oops!… I Did It Again, “Lucky” is a bittersweet retelling of a beloved starlet who seems to have it all. But once the blinding Hollywood lights dim at the end of the night, she feels despondent. While the singer hasn’t outright stated the song is about her own life, it’s difficult not to think of her then-budding relationship with the dark side of fame.

Stand-out Lyric: “If there’s nothing missing in my life / Then why do these tears come at night?”

After making her bubblegum-pop debut with …Baby One More Time, Spears entered the new millennium with confidence. “Stronger,” the third Oops! single, was her at her most defiant. On the surface, it reads like a kiss-off to an ex-flame. But it also doubles as a self-empowerment anthem.

Stand-out Lyric: “I’ve had enough / I’m not your property as from today”

“Overprotected,” the angst-filled second single from Britney, is an early sign of foreshadowing. Here, she yearns to control her destiny. In an interview with the Daily Record, Spears stated she related “on a personal basis, because I feel kind of overprotected. When I want to go out, everything has to be organized in advance.”

Stand-out Lyric: “I’m so fed up with people telling me to be someone else but me”

This deep cut, co-written with pop hitmaker Max Martin, finds the singer comparing herself to the iconic Disney princess. She wants to break away from an overbearing relationship. While it could be speculated this was about her relationship with then-boyfriend Justin Timberlake, it could also be a reflection of her controlled career.

Stand-out Lyric: “From time to time, I tried to tell just what was on my mind / You’d tell me, ‘Not today’”

“Brave New Girl,” an electro-funk deep cut from her third album In The Zone, details Spears freeing herself from any inhibitions and wanting to get loose. The dreamlike, helium-pitched vocals are one of the more vibrant moments off the album — which is the direct opposite of the next song on this list.

Stand-out Lyric: “She’s gonna step outside, uncover her eyes / Who knew she could feel so alive?”

“Everytime” remains Spears’ most heartbreaking singles to date. The singer composed the melody and co-wrote the tearful lyrics, which allude to her breakup with Timberlake. At a time when the media was blaming her for the relationship’s end following Timberlake’s “Cry Me A River” callout, “Everytime” was a vulnerable and rare insight into Spears’ deepest thoughts.

Stand-out Lyric: “I may have made it rain, please forgive me / My weakness caused you pain and this song’s my sorry” Spears continues to be a dynamic performer CREDIT: Gareth Cattermole/BCU18/Getty Images for BCU

Spears was growing more and more rebellious, seemingly wanting to shed herself from the teen pop crown. In 2004, she made a surprise appearance at Los Angeles radio station KIIS-FM to premiere “Mona Lisa” — the lead single to her shelved Original Doll album. The demo she played was much darker than the studio version found on 2005’s Chaotic EP: the original lyrics were changed from “She was a legend though / It’s kind of pitiful that she’s gone” to “She’s unforgettable / She wants you to know she’s been cloned.”

Stand-out Lyric: “Everyone’s watching as she starts to fall / They want her to break down / There will be a legend of her fall”

“Rebellion” is a weary insight into Spears’ mind at the time. The unreleased track is a stark contrast to her signature sound, featuring a haunting melody and deep, cautious vocals. Released a year prior to the infamous head-shaving incident, it could be read as a message to the handlers clocking her every move.

Stand-out Lyric: “Bе wary of others / The ones closеst to you / The poison they feed you and the voodoo that they do” “Gimme More” is best known as the hypnotizing lead single to Spears’ lauded fifth album Blackout. Kicking off with the iconic “It’s Britney, bitch”, it’s the singer at her most commanding as she lures in the listeners with snake-charming coos. While it’s become a signature club anthem, there are also allusions to the incessant paparazzi and the press literally begging her to reveal more of herself. The song later became infamous following Spears’ awkwardly lip-synced 2007 MTV VMAs performance.

Spears held nothing back on this single, a direct response to the years of constant media scrutiny, hounding paparazzi and the entertainment industry nitpicking her. On “Piece of Me,” she calls out the exhaustion of comments about her mothering skills, the pressures of living up to her teen fame, comments about her image and desperately wanting to remain private.

Stand-out Lyric: “I’m Miss American Dream since I was 17 / Don’t matter if I step on the scene, or sneak away to the Philippines / They’re still gon’ put pictures of my derriere in the magazine”

“Why Should I Be Sad”

Many attribute Spears’ purported downfall to Kevin Federline, whom she married in 2004 and later divorced in 2007. The singer experienced a whirlwind of custody battles, infidelity rumors and paparazzi-induced falls from grace (including the infamous moment of nearly dropping her infant son after being hounded by cameras). She expressed these feelings following the divorce on this Blackout deep cut, where she was removed from her ex-husband for good.

Stand-out Lyric: “Exchanged my vows and said it all, woman, let’s prepare to fall”

During the same year that her conservatorship began, Spears’ emerged for her “comeback” record Circus. The title track embodies how she was viewed: a puppet ruled by both her handlers and the media. She’s been in the spotlight since she was a child, yet the awestruck cheers transitioned into mocking put-downs. But on “Circus,” she attempts to grab hold of the reins once again.

Stand-out Lyric: “I feel the adrenaline moving through my veins / Spotlight on me, and I’m ready to break”

“Kill The Lights” continues to dive into Spears’ relationship with the media and paparazzi, who are still capturing her every move. Here, she taunts the thirsty photographers as they furiously rush to take the money shot.

Stand-out Lyric: “Is that money in your pocket or you happy to see me?”

“Hold It Against Me”

“Hold It Against Me” doesn’t necessarily allude to the media (the song is about finding love on the dancefloor), but the video reveals it all. Directed by Jonas Åkerlund, it chronicles her rise, fall and comeback. There are images of hit singles like “Baby One More Time” and “Slave 4 U” surrounding a disheveled, paint-splattered Spears. Soon, she battles herself in a gnarly fight and literally falls from grace. But she proves her strength and keeps on dancing.

Stand-out Lyric: “If I said I want your body now, would you hold it against me?”

One of her most personal songs to date, this Britney Jean opener finds her opening up about still feeling out of place. There are notions of isolation, finding comfort in former insecurities and growing from her life experiences.

Stand-out Lyric: There was a time I was one of a kind / Lost in the world, doubting me, myself and I”

At surface level, “Coupure Electrique” is the seductive closer to Glory. But it doubles as a cheeky message to her diehard fans. Loosely translated to “Blackout”, it’s a reference to her fifth album that is still lauded as her strongest to date. At this point in her career, Spears was deemed too robotic or too silent. But songs like these proved she was always lucid.