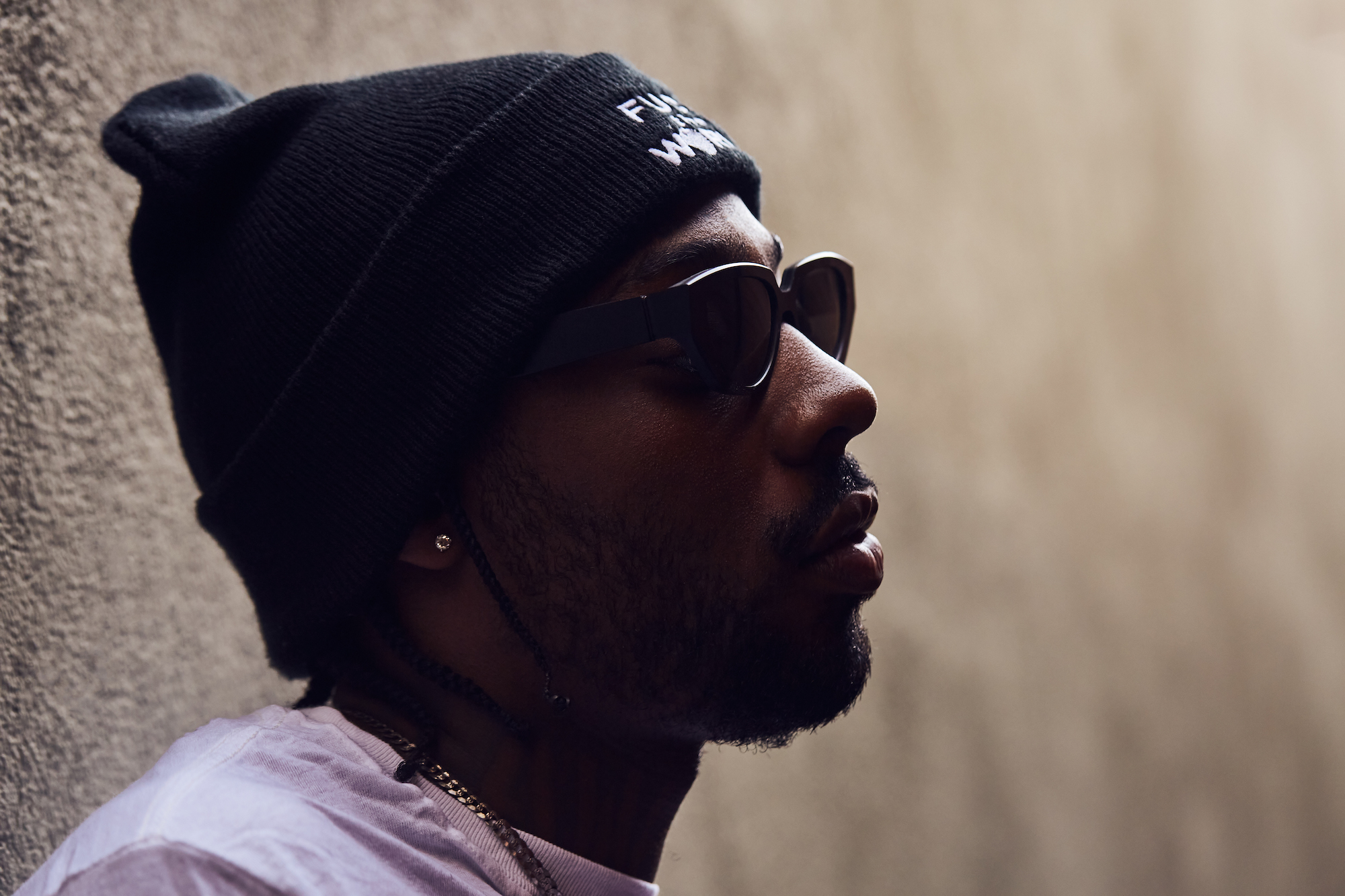 “Everything I do is organic,” Brent Faiyaz says when asked about his songwriting process. “I don’t even really calculate this shit like that,” he continues. “I’m actually surprised that I do put out music in a timely fashion.”

The 25-year-old R&B vocalist has, in fact, put out plenty of music since his 2013 EP Black Child. The Maryland-based artist has since released five EPs, one of which was with his side project Sonder, and a studio album, 2017’s Sonder Son. In the meantime, he has a single, “Gravity,” with Tyler, the Creator, and an upcoming song titled “Show You Off,” slated for International Women’s Day in March. Even aside from his music, he’s spent time modeling for Calvin Klein as part of a collaboration with Kendrick Lamar and Dave Free’s new company, pgLang.

“It’s cool I can make music and branch out and be able to do other things like that,” Faiyaz says. Despite his incredibly hectic schedule, he “would do this for fun and for free.”

We recently spoke with Faiyaz about working with Tyler, the Creator, being included in the #YouTubeBlack Voices Artist Class of 2021, and releasing a song for International Women’s Day. SPIN: What did it mean for you to be included in the #YouTubeBlack Voices Artist Class of 2021?
Brent Faiyaz: I think it’s dope that YouTube is representing Black artists in that way. I feel like so much and so often, we bring so much to the forefront and are often overlooked. I think it’s good that YouTube decided that they really want to showcase Black talent. And I see some of the homies in there [like] Yung Baby Tate and Mariah the Scientist.

You collaborated with Tyler, the Creator on your song “Gravity.” How did you guys connect?
He had reached out to work on some music, so we were doing a whole bunch of sessions, and we’ve got hella shit. I was working on that record, and that’s the one I was working on with DJ Dahi, and I was like, “Man, what could really set this shit over the edge?” So I hit him up, and he put a verse on it. He’s wild as shit, but he’s a genius. That’s him through and through. He’s really just wild like that.

You’ve collaborated with a lot of artists before. How did working with Tyler on “Gravity” differ from your previous collaborations?
I really respect his work. That’s not to say I don’t respect other collaborators I work with, but because I’m a singer, and I’m often times the only singer in the studio, if I get in the studio with a rapper, nobody’s going to tell me how to sing or what to do vocally or write anything for me. But Tyler’s one of the only artists that I’m willing to sit back for and let him do his own thing.

Your upcoming single “Show You Off” is about International Women’s Day. Why did you want to make a song about it?
It’s a song for women. I think at the time that it worked to drop it during that month, but I was ready to drop it back in August. It’s an ode to Black women. I had been working on something for a while that I’d be able to play for my mom or play for my auntie. I feel like so much of my music is just from the level of being young and wild shit. I feel like you can’t get the yin without the yang. You can’t just have the good without the bad, the hard shit without the soft shit. I feel like it’s just more human, and I think it’s a message that needs to be conveyed more often in music.