Tom Morello of Rage Against the Machine and System of a Down’s Serj Tankian joined forces on a cover of Gang of Four‘s “Natural’s Not In It,” the first single to emerge from The Problem of Leisure: A Celebration of Andy Gill and Gang of Four.

The tune, which first appeared on the Gang of Four’s 1979 debut LP, Entertainment! sees Tankian and Morello amplifying the original single’s edgy urgency. The song starts with “the problem of leisure” lyric that gives the upcoming set its name.

“Andy Gill was one of a handful of artists in history who changed the way guitars are played,” Morello said in a statement. “His band Gang of Four were just incendiary and completely groundbreaking with Andy’s confrontational, unnerving and sublime playing at the forefront. His jagged plague-disco raptor-attack industrial-funk deconstructed guitar anti-hero sonics and fierce poetic radical intellect were hugely influential to me.”

“It was a real pleasure to work on this track with Tom and honor the legacy of Andy and Gang of Four at the same time,” Tankian said. 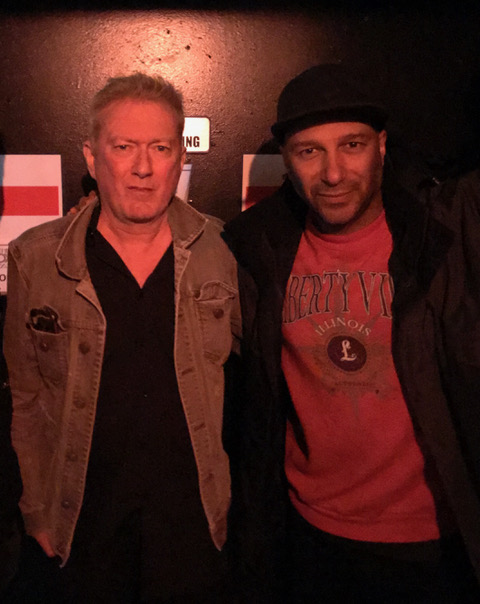 Gill, Gang of Four’s co-founder and only lifelong member, died unexpectedly on Feb. 1, 2020. It was later suspected that Gill was among Europe’s first victims of COVID-19.

“Andy loved what Tom and Serj did with this song, the fierceness of their attack and the jet-engine scream of feedback,” says Gill’s widow, Catherine Mayer. “This was a track Andy always enjoyed performing. He said their version brilliantly captured all the explosive, danceable energy ‘Natural’s Not In It’ can create in live performance.”

Listen to “Natural’s Not In It” below.

The album features songs from across Gang of Four’s 40-plus year career, each individually chosen by the artists who covered them.

Details about all the contributing musicians and a full tracklisting will be available on Jan. 14.

Gill originally conceived of the album to mark the 40th anniversary of the release of Entertainment! in 2019, Mayer said.

“Andy was massively excited about this project. It wasn’t of course conceived as a tribute album, but it’s comforting to me that he lived to see artists he hugely admired enthusiastically agreeing to participate, signaling that the admiration was mutual,” Mayer continued.

His dedication to the project was such that he delayed the ambulance that took him to intensive care while Mayer fetched his laptop. At the hospital, Gill used noise-canceling headphones to listen and make notes on the incoming mixes. He worked on the music that would become The Problem of Leisure: A Celebration of Andy Gill and Gang of Four for ten more days. He passed away after being put on a ventilator to try to save his life.

The album is out in May and will be released in a variety of formats, including vinyl, CD and cassette formats featuring different versions of Hirst’s artwork. All formats are available to preorder here, with the strictly limited edition “Dogluxe” double gatefold vinyl version exclusively available there.