We spoke with Pharoahe Monch about his latest project 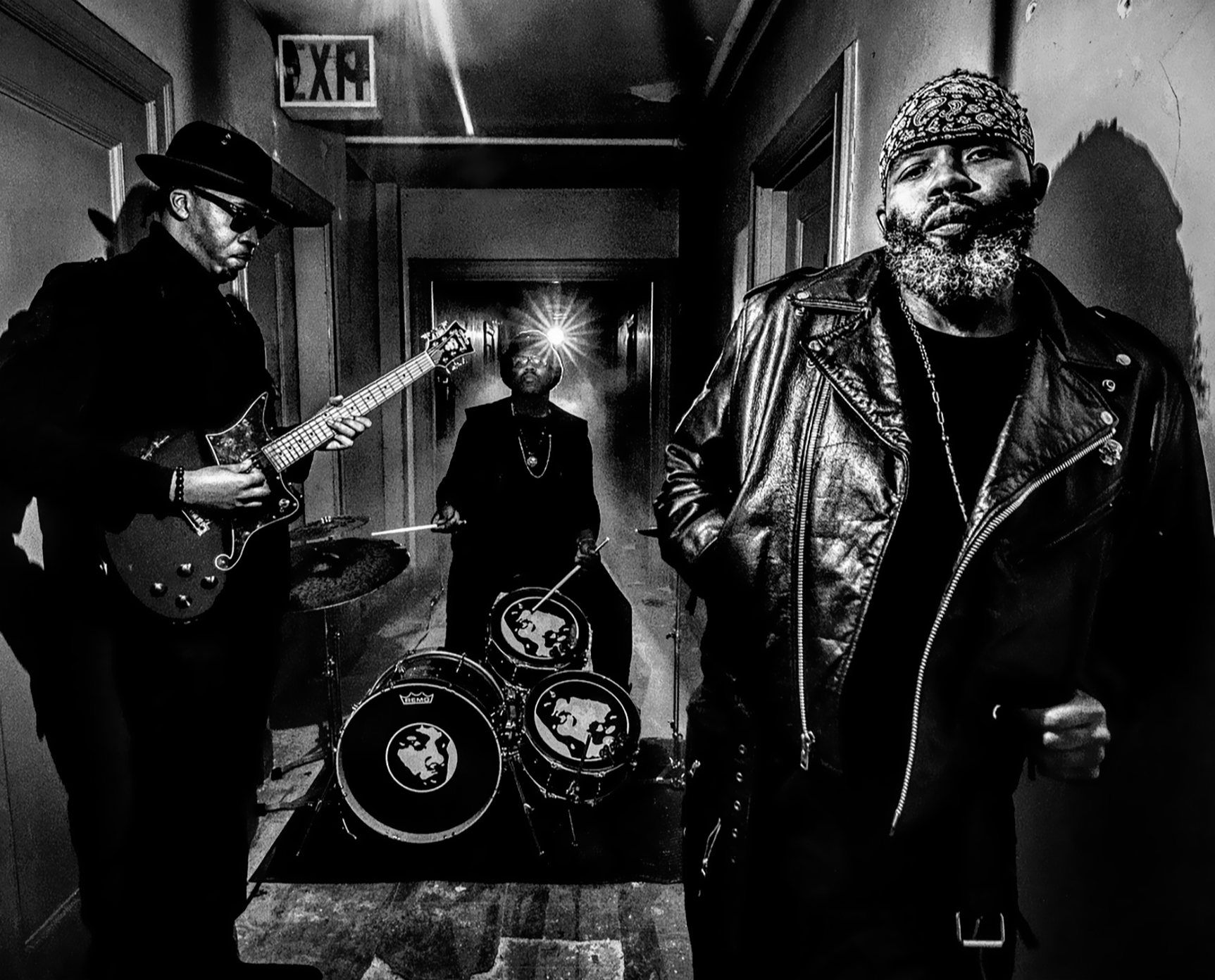 “America is in love with guns so this seems like a loaded question. Pun intended,” says Pharoahe Monch in response to: Why aren’t there more love songs in rap? “Subsequently, rappers love guns,” he adds. “If you’re talking romantically, that’s not what’s marketed.

The album A Magnificent Day For An Exorcism (out on Jan. 22) is a debut for his new supergroup project th1rt3en with Daru Jones (Jack White’s drummer) and renowned guitarist Marcus Machado (Anderson .Paak, Pete Rock). The album tells the fearless, in-your-face story of a world in need of awareness and change.

We spoke with Monch about why this project—why now?—and what he really thinks about Donald Trump. Who initiated this project and how is the sound different from your previous work?
Pharoah Monch: This has been a passion project of mine for over 15 years. Conceptually, I was thinking about it and putting it together from over 10 years ago and during the culmination realized that I would need 2 assassins, two accomplished musicians, that would help authenticate the sound that I desired.

Anybody who’s a fan of mine knows that from Internal Affairs, to Free, to Calculated Amalgamation, my mindset has been heavily rock-influenced.

Having Marcus Machado and Daru Jones really completes the thought process and takes it to another level in that they get to showcase their skills within the structures of the songs.

Why specifically Daru Jones and Marcus Machado? What about their sound made this work?
I wanted musicians with rock chops as well as hip-hop chops. With Daru Jones, I felt this project needed someone who could play both rock ’n roll timing and J.Dilla timing.

With Marcus Machado, I wanted someone who could play with the passion of Jimi Hendrix without losing the funk of Parliament. They’re also super experienced and have gigged together extensively.

I was tripping off of acid tabs in the BBC studios in London and couldn’t get this guitar riff out of my head when all of a sudden B-Real walks into the studio. Then, who do you think walks in behind him? Sen Dog. I’m like “holy fuck!”

Nah, I’m totally lying. I emailed B-real the track and he said “this shit is fucking fire.” He recorded his vocals on the west coast and sent me them to mix and we took it from there. Cypress Hill is the only group that I imagined collaborating with on this song. There are also no features on the album except for Cypress Hill.

Tell us about the album’s lead single “Fight” — how will it change racists minds?
Me and the band flew into Bright Lady Studios in North Carolina for a week to sit with E.Jones and the Soul Council Producers to discuss how we needed something with a driving force. I wrote the record feeling like although these police brutality incidents are being recorded more and more, we’re becoming desensitized to the atrocities that we’re witnessing.

While this isn’t my first song on the issue, I hope it serves to be a continued spotlight on the problem. It will not change racist minds.

The video for “Fight” really tells a story—did you write the story yourself?
I wrote the story keeping in mind that I wanted it to be simple, layered and provocative.
The story is written unapologetically to unfold at a creeping pace, not only to build anticipation but to say fuck society and their newfound infatuation with tik tok and short attention spans.

LOVE the title of your album. How did it come about? (Can you share its meaning?)
I wrote this album feeling intuitively that there’s still a collective consciousness that is unfolding, if we listen.

The title ‘A Magnificent Day For An Exorcism’ speaks to the ending of one way of thinking and the beginning of a beautiful and more evolved way of being.
I think art has always been that gateway so even in the hardcore lyrics, the gymnastics of the lyrics, I’m always trying to inspire.

What’s it going to take for America not to be racist? Was getting rid of Trump a good start? Or will it not change anything?
It’s going to take an exorcism. Racism is pretty fucking evil. As unbelievable as it may seem in the moment, Donald Trump is a pawn on the chessboard of how deep racism goes in America.