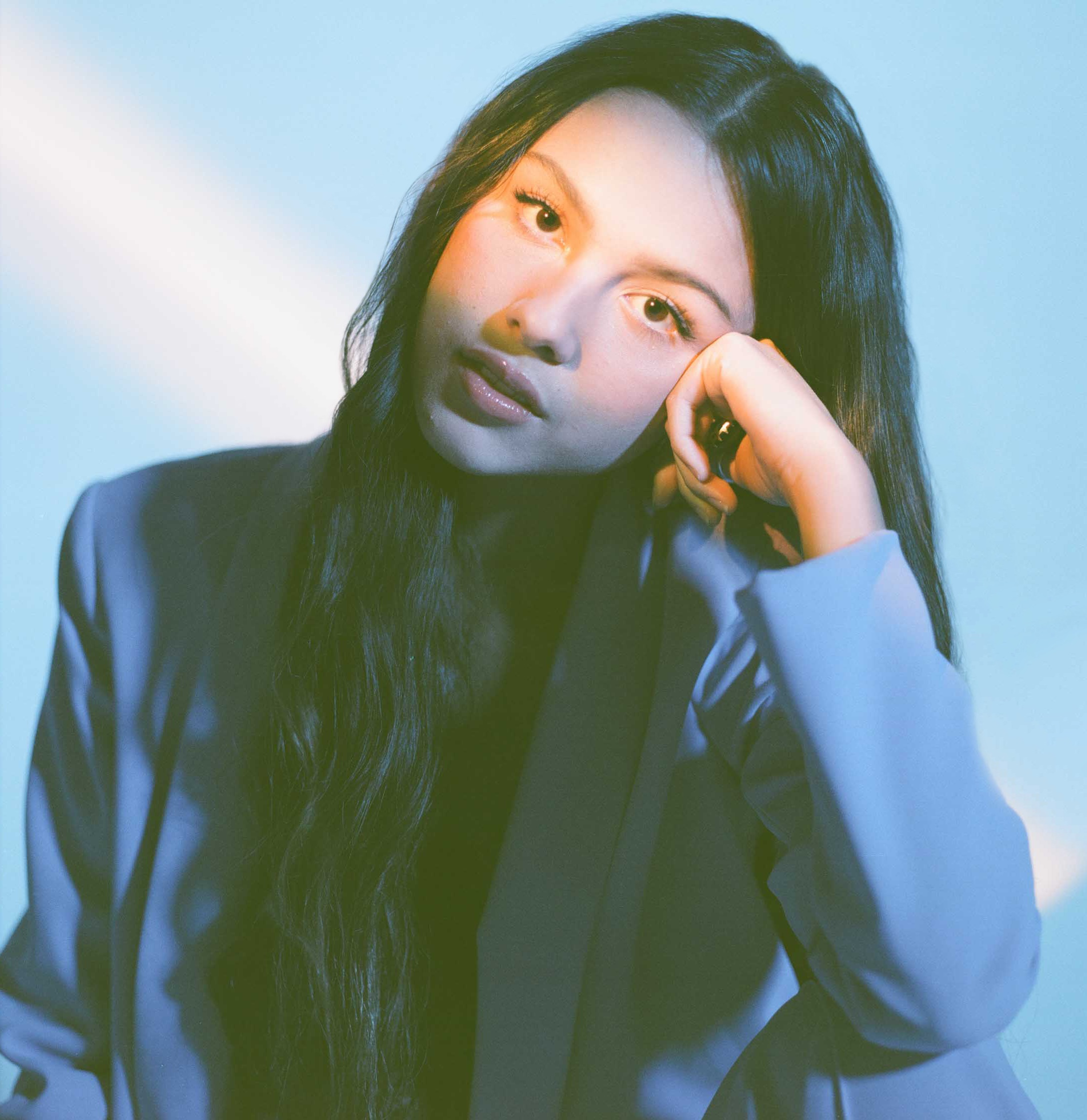 Olivia Rodrigo stares at her computer screen, desperately trying to focus on her homework.

The 17-year-old is finishing her senior year of high school online, between busy shoots on location for High School Musical: The Musical: The Series, the hit Disney+ show in which she co-stars.

But who can concentrate when you’ve got the hottest song on the planet?

“I have to pinch myself every morning,” Rodrigo tells SPIN. “It’s been absolutely insane.”

Among the track’s most notable obsessors were pop superstar Halsey, who on Monday sent Rodrigo a congratulatory cake, and Taylor Swift herself, who commented on Rodrigo’s Instagram post last week in support of the song, sending the self-proclaimed Swiftie into hysterics.

“In the last week, my entire life has changed completely and nothing has changed at all,” Rodrigo says. “I haven’t really left my house.”

Rodrigo is hunkered down in Salt Lake City, attempting to process her song’s laundry list of near-instant triumphs: Most Spotify streams in a single day for a non-holiday song, most streams in a single week with 65 million, fastest to 100 million streams in just eight days — not to mention No. 1 spots on iTunes, Apple Music and Amazon Music. On Tuesday, Rodrigo became the first female artist to land her debut single atop the Billboard Hot 100 chart since Carrie Underwood in 2005 (or Lauryn Hill in 1998, if you discount American Idol outliers). Olivia Rodrigo is one of the biggest early success stories of 2021 CREDIT: Erica Hernandez

“Since I’m new to the music industry, I didn’t really ever think about charting,” Rodrigo says. “And then I was like, ‘Oh my gosh, wait, I’m next to all of my favorite artists. This is crazy. People must actually really like the song.’”

“I freaked out,” she says. “I’ve grown up listening to her and sharing her experiences. … I can pick out little bits of every one of my songs that was inspired by her, so it really means the world.”

The new track’s breathy verses, which hinge on a simple piano pulse before the chorus begins its full-bodied crescendo, are certainly of the Swift aesthetic — more specifically her work with now-prolific producer pal Jack Antonoff.

For “drivers license,” Rodrigo tapped her own ex-indie-rock player turned pop studio guru in Dan Nigro (Lewis Capaldi, Finneas, Carly Rae Jepsen), who helped the blooming songwriter build the huge bridge — a soaring finale that elevates the track, not unlike the finest moments of Lorde’s 2017 winner Melodrama (written with Antonoff).

“We decided to paint the picture of driving through the suburbs, talking about places that you used to go to with your ex,” she says. “It’s my favorite part of the song. It’s a depressing song, but I love how it has this beat drop.”

While Rodrigo won’t divulge who the “you” is in lines like “you said forever, now I drive alone past your street” — fans have pointed to her HSM co-star and rumored ex Joshua Bassett — she notes much of the song’s bleeding emotion is true to life: She did get her driver’s license, in July, and did take some tear-stained rides around town.

“I was driving around aimlessly in my neighborhood crying,” Rodrigo says, now laughing. “I was driving around with no intention of going anywhere, just because I had gotten my driver’s license a week or two prior, and I was relishing in the freedom. So, it’s very literal in that sense.”

Boilerplate adolescent anguish aside, Rodrigo knows how to manage at least some of the mental mayhem that accompanies fame. Prior to HSM, she co-starred in the popular Disney Channel sitcom Bizaardvark for three seasons, beginning at age 13 — around the same time, she began taking her songwriting seriously.

“It’s my favorite thing in the whole world, just being in my bedroom, on my piano or my guitar, and just talking about how I feel,” she says. “It’s always been a thing in my life.”

After she found success belting on HSM’s first season in 2019, which yielded a gold-certified single for “All I Want” (co-written by Rodrigo), the teen signed with Geffen Records in 2020. More music is coming later this year, she promises, but doesn’t have the details just yet.

“I’m really trying to make my project versatile and have something for everyone,” she says.

But for now, she’s working on finishing season 2 of HSM, earning her diploma — and reckoning with a success she’s only begun to comprehend.

“It’s beyond any of my wildest dreams,” she says.