A few songs intended for it appear on 'Trans' 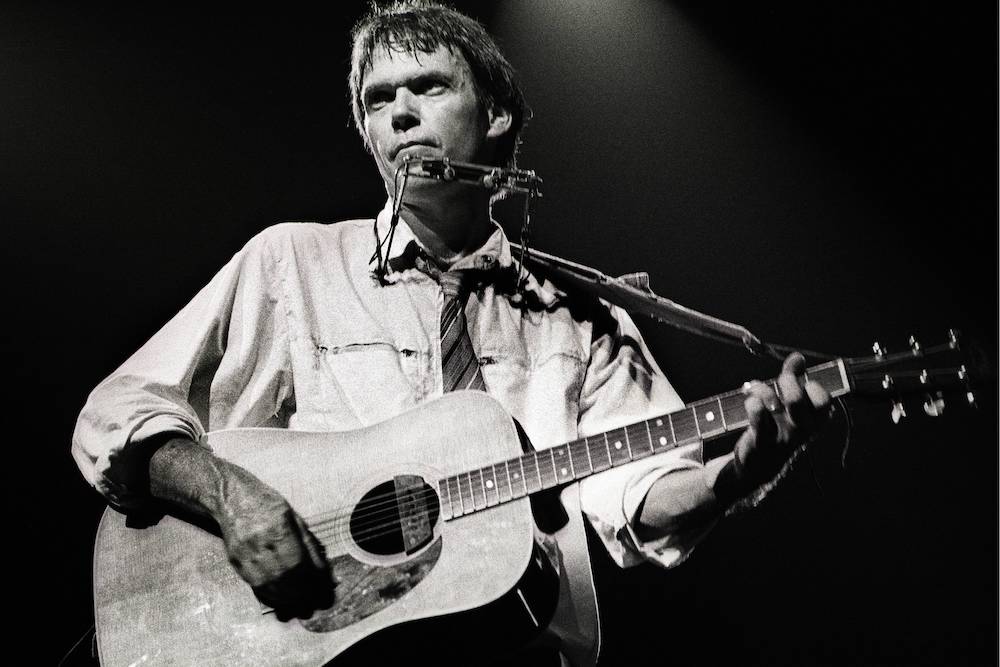 Neil Young has been sorting through his extensive catalog over the past year, sharing archival compilations of unreleased tracks from the ’70s and albums that never saw the light of day. The prolific songwriter plans to drop a collection of ’80s material called Road of Plenty sometime this year, and most recently announced another “lost” album, Johnny’s Island.

The album was recorded in 1982 at Commercial Recorders in Honolulu, Hawaii with the same team that made Trans.

“‘Johnny’s Island’ a complete album now being prepared for release at NYA, includes a majority of unreleased tracks including ‘Big Pearl,’ ‘Island In The Sun,’ and ‘Love Hotel,’ plus others you may have heard before,” Young wrote on his website. “it’s a beautiful record coming to you soon.”

As Stereogum points out, Young spoke about the album, which was originally titled Island in the Sun, during a 1995 interview with Mojo. “It was a tropical thing all about sailing, ancient civilisations, islands and water,” he said at the time. Some of the songs intended for Johnny’s Island appear on Trans — “Like An Inca,” “Hold On To Your Love,” and “Little Thing Called Love.” A release date has yet to be announced.

Aside from unveiling unreleased material last year, Young also reissued After The Gold Rush for its 50th anniversary, played a series of livestreams, and toyed with the idea of suing Trump.