The Greenwich Village of the 1960s was a carnival of music, literature, poetry, coffee houses, free love, fashion and great ethnic food. The neighborhood’s heartbeat was Bleecker Street, where one could hear the soon-to-be-discovered Bob Dylan at The Village Gate, or Joni Mitchell at The Bitter End.

1967 saw the arrival of Village Oldies on Bleecker Street, a record store offering doo-wop, disco, rock and roll, blues, garage, and rare overseas finds. This open-all-night mecca of music soon became the late-night hang for the likes of Jimi Hendrix and Frank Zappa, and was where an aspiring poet/singer named Patti Smith met store clerk and musician Lenny Kaye. 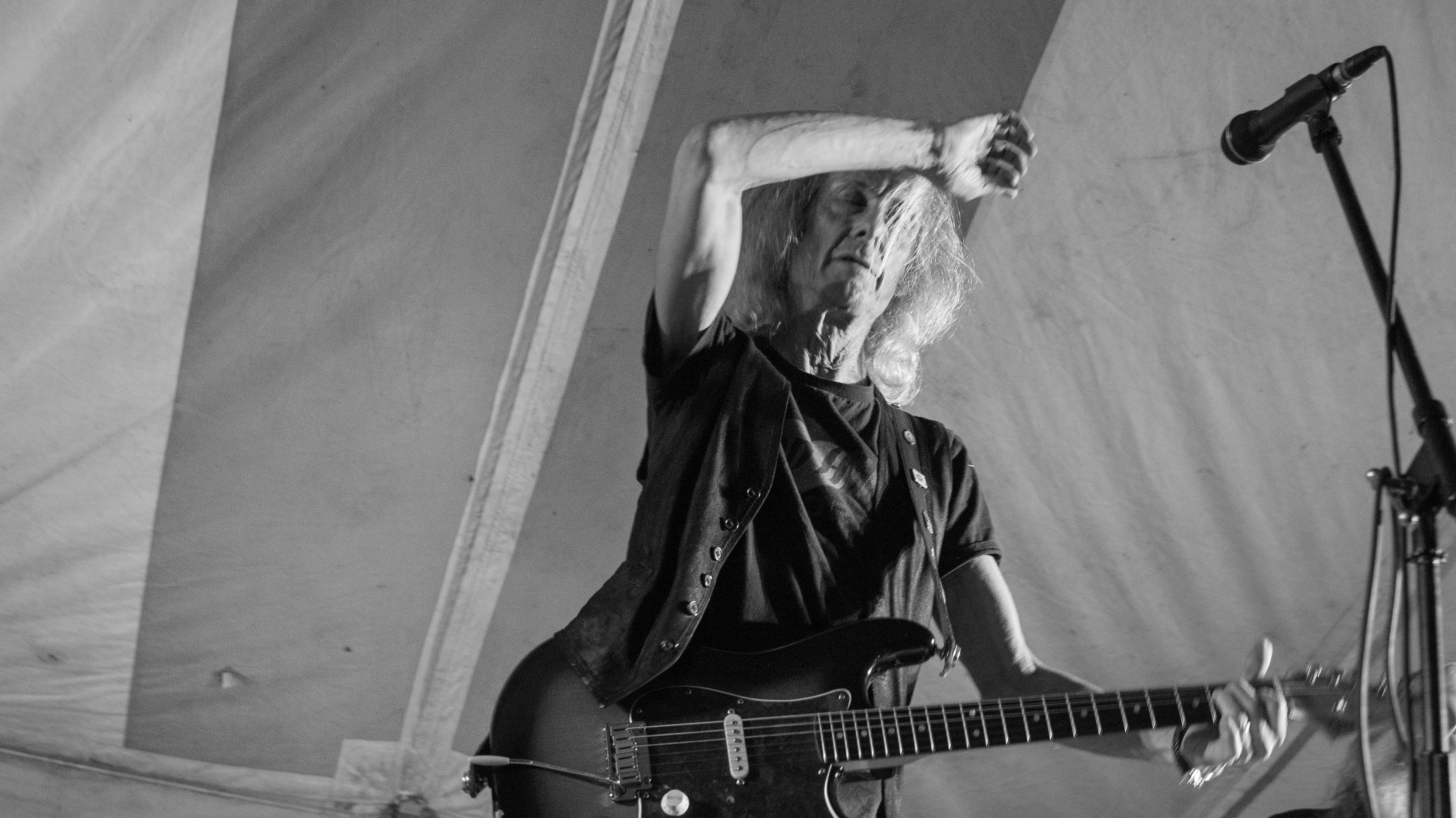 Flash forward 50-plus years and Kaye, who spent 46 years with Smith as a founding member and guitarist of the Patti Smith Group, is also a Grammy-nominated producer, music writer (including, back in the day, for SPIN), and author of Waylon: An Autobiography, You Call It Madness, and Lightning Striking (due fall 2021). His expertise and sensitivity as a music historian shines every Monday and Tuesday night at 8 pm EST when he hosts The Lenny Kaye Show on SiriusXM’s Underground Garage.

We chatted in his home. His living room is a humongous hug of books, records, musical instruments, and all things dear to him.

“I’ve got a rich inner life with tons to do,” he explains.

We discussed the recently produced video of his song, “The Things You Leave Behind.” “I have at least three characters in there that helped me think about that song. One, Jim Brawley, stood by the lighting platform at CBGB and taped everything on cassettes. When he passed, his people called and said, ‘Jim really wanted you to have these tapes.’  I got nine huge boxes of cassettes which I donated to the Rock and Roll Hall of Fame library.

My record collecting started with weekly purchases at House of Oldies, which prompts a recollection from Lenny: “Shakey Jake we used to call him, because, well, he shook, and I worked at the Village Oldies which was the rival. He’s still in the West Village. All those crazy old guys running record stores. I could be one of them, but luckily, I got to be in music.”

Does music streaming deprive audiences of a particular listening experience?

“I think that the physical artifact adds a certain accessory to the listening experience, but maybe somebody surfing the internet is in that weird serendipity of, ‘Gee, I listened to this one Peggy Lee so now I’m gonna — who’s this Jeri Southern?’ and all of a sudden you’re turned on to something you’ve never heard. As long as people appreciate and take in music, that’s the most important thing.”

His own early listening experiences were “mostly pop stuff. Dinah Shore and all of that. My dad had a thing for Latin music. There were always records around and by the time I was 12, I was listening to WMCA radio in New York City and I started buying records.”

The Lenny Kaye Show is now in its third year on Underground Garage. “I try to give a certain frame to the songs that I play — everything from Muddy Waters through ’60s garage rock, Beatles, Stones, the ‘70s, Ramones, New York Dolls, and a little doo-wop — and offer a sense of where they stand in musical history. Strange little facts that enhance the listening experience. Pretty much educate as well as entertain.  We go deeper than the hits, playing stuff by any of these bands that are not the ones that you know. Little Steven Van Zandt has done an amazing job conceptualizing this channel and I’m happy to be a part of their family.”

Kaye has a talent for curation, evident in his revered compilation album, Nuggets: Original Artyfacts from the First Psychedelic Era, originally released in 1972 and put out as a box set in 1998. “I spun Nuggets toward home-grown bands who were influenced by the English Invasion and put an American spin on it. It’s all over the place stylistically, and that’s what makes it great. There wasn’t a definition then. I called it, ‘Punk Rock,’  little knowing that the real ‘Punk Rock’ was coming in three or four years. It’s almost 50 years and in hindsight, I see the similarities of all these bands but back then they all seemed really different to me. 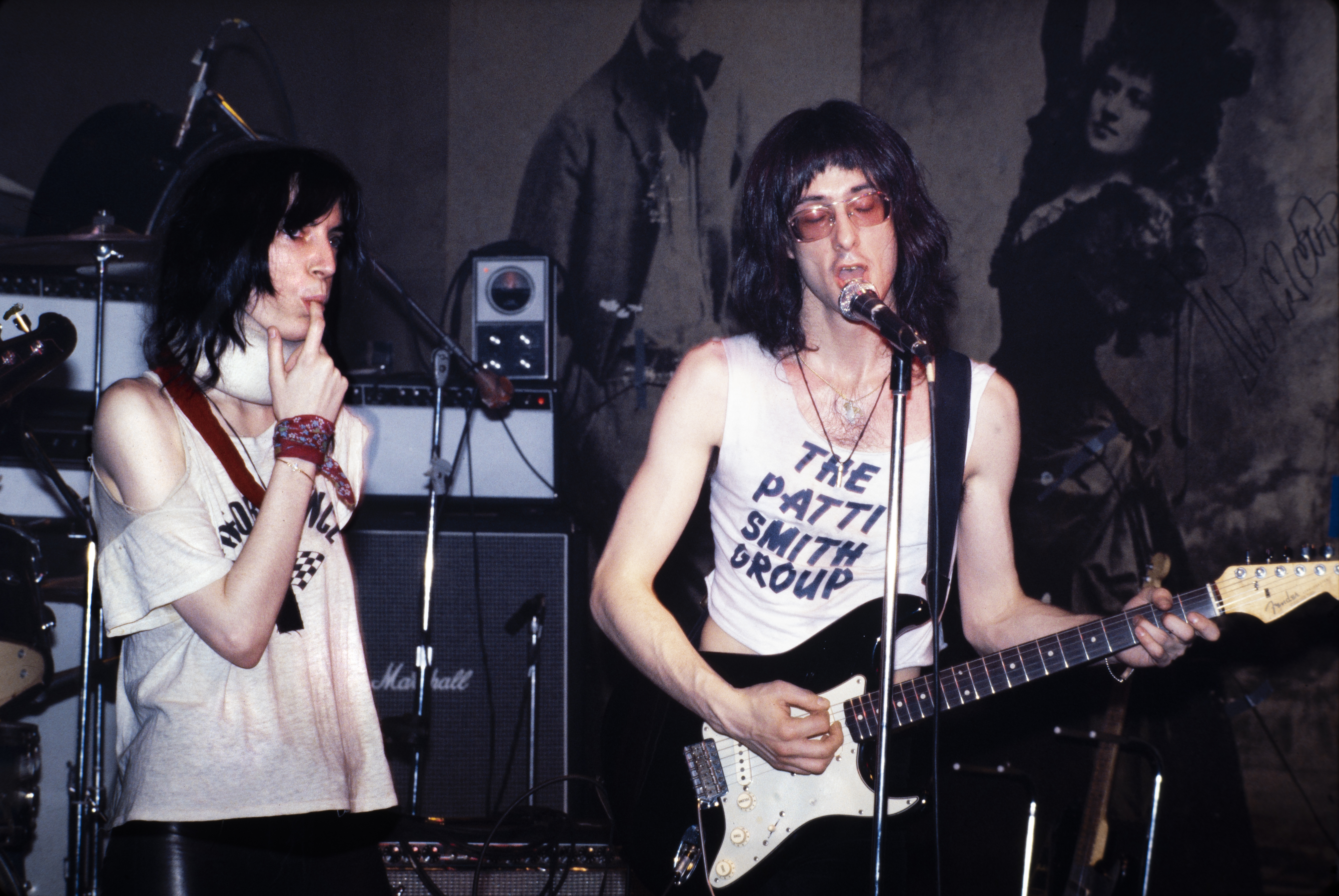 “Someone who was really into this slice of rock ‘n roll was [writer] Greg Shaw. When he passed away a few years ago, his wife sent me a copy of a letter I wrote to him in January of 1971. The first half of the letter talks about Nuggets. In the second half of the letter, I said, ‘I’m also doing this strange poetry reading next month with a local poet named Patti Smith.’  I looked at this letter and thought, here, in January 1971, my life is turning on a dime because the two things that I will be remembered for are Patti and Nuggets.  I’ve done a lot of other stuff but I know that when they sum up what I’ve left behind, the first paragraph will be those two things. Nuggets became an inspiration to a lot of the new bands forming around then, both at CBGB and in Europe.”

Enter punk. Some say it started in London, some say New York. “Totally New York,” Lenny says firmly. “At CBGB you had these bands with a punk sensibility, all very different from each other: Television different than Blondie different than Talking Heads. The only thing that united them was the sense of starting over. Reducing and building new because the music at that time had gotten too complex. You needed to be a real musician to play it. All the bands in CBGB learned their own way to play. Myself included. I’ve never been trained. I learn what I need to know.

“England has these weekly newspapers always looking to get the edge on each other. When they got the idea of punk — which probably owed more to the New York Dolls than anyone from New York — they had a look. English punk was a very specific subculture in terms of how it looked, sounded, and what was on its mind.

“In America, it went off in many different directions. With Patti especially, we’ve always wanted to have the expanse and freedom to be anything we need or want to be. That’s why I believe we’ve had 40, 50 years of working together. We’re not trapped by being ‘punk’ or being ‘‘70s.’ Patti is an artist encompassing a great deal of genre. I’ve seen her sing torch songs. I’ve seen her take her guitar and rip the strings off.  I’ve seen her just stand on the stage and recite a piece of poetry and then slowly go into a gentle ballad. You have a freedom of expression, and that’s what we’re really about and how I try to focus my own creative energy.”

How did you come to produce other artists?

“I was a rock writer and it seemed like a logical way in which to translate some of the ideas that I had into a record. I mostly was a producer in the ’80s and ’90s when I was asked to produce Suzanne Vega. Suzanne was off the folk scene of New York. The trick was to expand the realm of her music without losing her intimacy. This was a time when pop music was full of larger-than-life characters — Twisted Sister, Cyndi Lauper. Suzanne was bringing it back to a voice, acoustic, and a gentle parse of lyric.  My task, along with my co-producer Steve Addabbo, was to find ways in which to open her out without resorting to cliché, without making it folk-rock. Because we had a hit with Luka, I started becoming a producer mostly hired to work with artists with a certain artistic perspective and help them bridge the gap between independent, self-produced records and major labels. But you have to keep having hits. So like artists have a certain rise and fall, I found that as the ’90s started, I was kind of sliding down the production scale.” 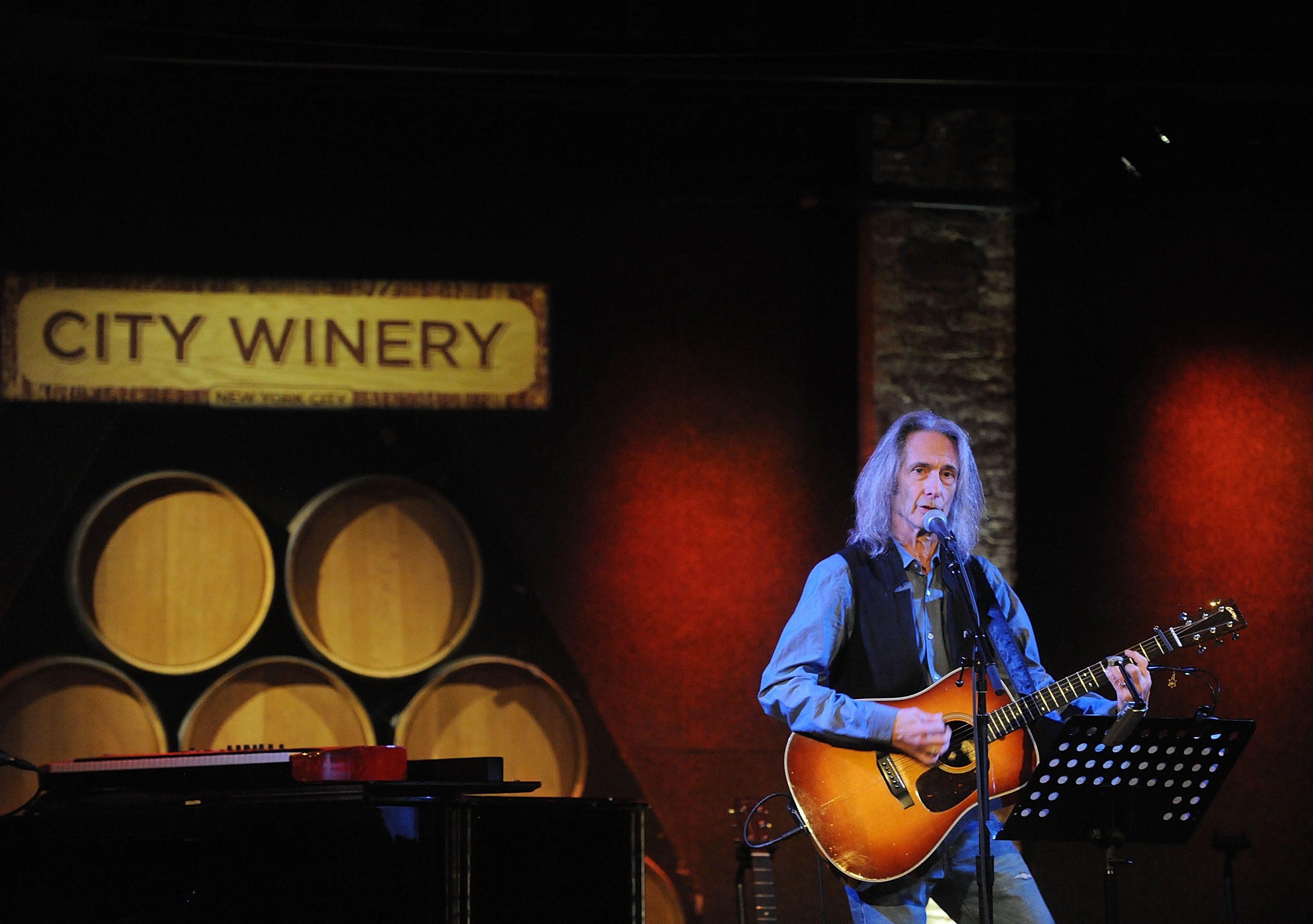 After six years of working as a producer, friend David Dalton introduced him to literary agent Tony Secunda, who paired him with Waylon Jennings. “We really got along great. We did a great book. If you do it right, just like if you produce a record right, nobody knows you’re there. You’re transparent. I can’t tell where Waylon stopped and I began.”

His second book, You Call It Madness, focused on the crooner Russ Columbo. Why the fascination with singers? “They’re the instrumentalists that are most close to how we communicate to human beings. Columbo would sing but in the middle of the song, he would move into these bridges that were more syllables and words beyond language: ‘ba-ba-ba-boo.’ The very elemental particle of language. Essentially whispering in an ear. I found that a beautiful way in which to approach singing at a time when the music of the 20th century was defining the 20th century. In the same way perhaps that the music of the 21st century is now shedding what’s left of the last century and becoming the tone of what this new century will show us, enhanced by the pandemic and the way we are receiving music now — through screens — and how we’re communicating.  We were pretty hooked on screens a year ago, but now they’re a necessity in our lives. There’s definitely going to be a change in the way we artistically communicate.”

Nearing his 74th birthday, and declaring that, in general, “I’m just going to be who I am,” Lenny remembers the New York scene when music was raw and real, and he greatly contributed to what became an iconic age. And he acknowledges the inevitable constant change.

“I have a piece of sheet music downstairs that says, ‘New York is not the way it used to be.’ This is from 1930!  The mark of a great city is that it’s continually changing. London, Paris, these cities experienced occupation, bombing, complete and utter destruction. The Spanish Flu of 1918 was forgotten by 1921 and the Roaring Twenties began. So, who knows?  Everything is on its path. I get up in the morning, do my work, do my writing, do my playing. I feel it has substance and merit. It’s a modest kind of success. Patti’s like that too, you know.  We’re workers.  I don’t think of myself as this weird, generic rock star. I’m just a worker. Today I’ll work on the radio show, edit the book, then maybe as night falls I’ll smoke a joint and listen to a box of weird ’90s disco records that I bought at the auction and see what’s great there. I’m busy trying to clean up the stuff I will be leaving behind.”