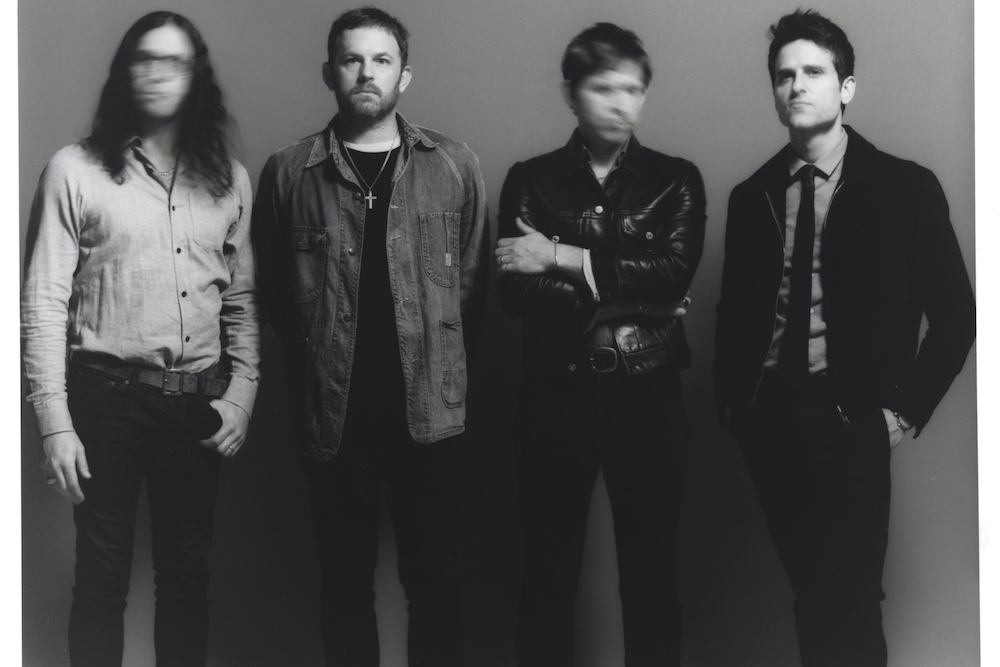 Kings of Leon are back with an announcement of their eighth studio album, When You See Yourself, out March 5. The lead singles, “The Bandit,” and “100,000 People” are out now, the former alongside a black and white music video of the band performing. It’s their first album since 2016’s WALLS.

They’ve been teasing new material consistently on Instagram, posting snippets of new songs. Other Instagram posts tease two more singles with the phrases “Spin it Like We Can” and “Dancing in Your Head,” though it’s uncertain whether those are the titles or lyrics.

The band had first hinted at new music last February and are making good on their social media promises, with the band’s Jared Followill dropping a cheeky tweet on Christmas day. It teased: “if you were promised new Kings music in two weeks, would you forgive us? Could you?”

Watch the video for “The Bandit” below, and listen to both songs here.

Kings of Leon were slated to play Eddie Vedder’s fifth annual Ohana Fest in Dana Point, California, headlining the first night of the on Sept. 25, 2020. Of course, COVID-19 canceled that event, but that date and the February 2020 social media tease seems to indicate that the band had planned to put out When You See Yourself last year.

Ohana Fest has been rescheduled for 2021, with Kings of Leon slated to perform Sept. 24, along with My Morning Jacket, Broken Social Scene and more.