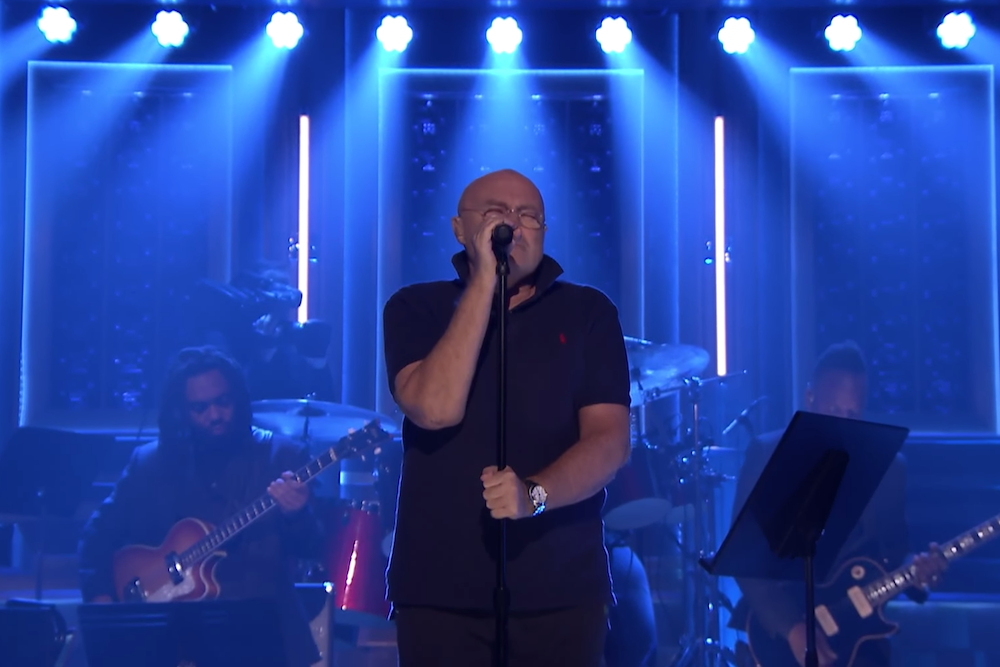 No, it’s not some misunderstanding. Genesis have delayed the start of their The Last Domino? reunion tour with the message “We’re ready, but the world isn’t…yet!” The jaunt was originally supposed to kick off in November 2020 and then was moved to April 2021 due to the pandemic.

It is now slated to launch at Dublin’s 3Arena on Sept. 15  and wrap up Oct. 13 after a three-night run at London’s 02 Arena. There are no U.S. dates announced yet.

The band shared a nearly one-minute video from a rehearsal, which shows Phil Collins singing from a chair, with his son Nic, who has played with his dad for five years, on drums. The band – which includes founding members Tony Banks and Michael Rutherford — are performing “Behind The Lines” from their 1980 Duke album in the clip.

Collins has faced health problems since a 2009 neck surgery that caused the loss of feeling in his fingers. In 2014, Collins was still unable to play drums and had a spine operation. In 2018, Collins began to use a cane to walk and performed his 2017-2019 Not Dead Yet solo comeback tour from a chair at the front of the stage.

Genesis are rescheduling their April UK and Irish tour dates for autumn 2021 in light of the ongoing pandemic. ‘The Last Domino?’ Tour 2021 will now start in Dublin on 15th September.https://t.co/PwtNfBhTOE pic.twitter.com/tWA6NE4cmc

Revised dates for The Last Domino? tour are below.