She says about 'America's Sweetheart,' "Maybe one day I won't hate that record." 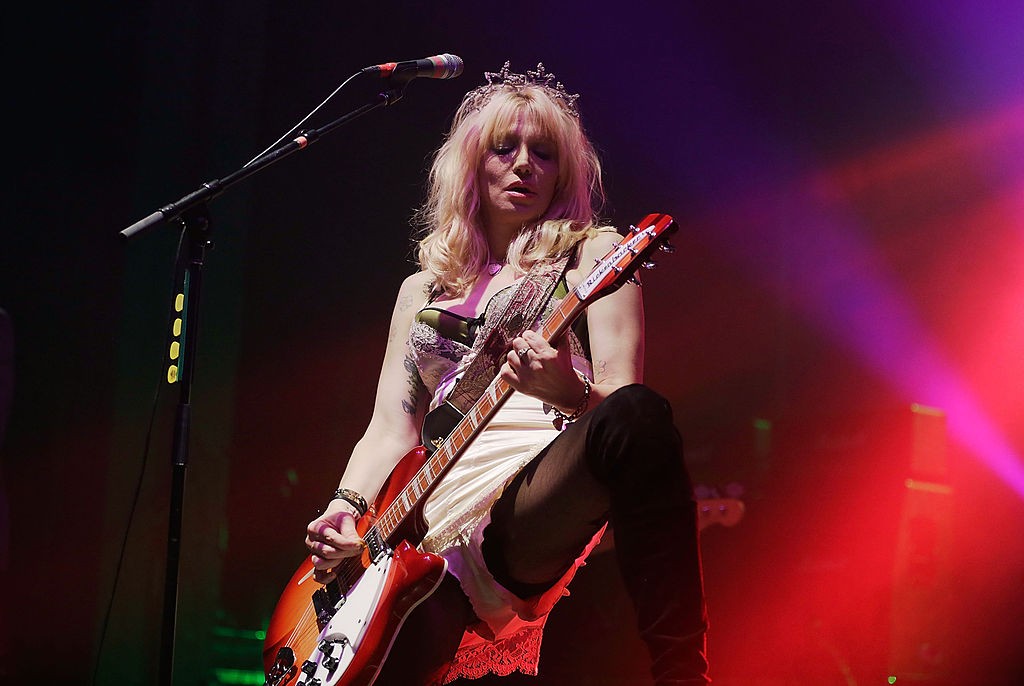 Count on Courtney Love to bring the bizarre levity, most recently via a social media confession calling her 2004 America’s Sweetheart solo album one of her “life’s great shames,” like “Steve Coogan, or crack.”

The Instagram caption goes on to explain why: “just the period, sloppiness, men, money, drugs, nightmare….”

That said, the Hole frontwoman says, “Maybe one day I won’t hate that record. It has some good songs.”

Coogan dated British actor/comedian Coogan for a brief period in 2005.

The cherry on top of the post is a photo of Love driving a car painted with the pinup-style artwork from America’s Sweetheart album. It’s captioned, “a happy Australian cruising around, Australia… “America’s Sweetheart“ having her revenge, on, Melbourne? AMAZING!”

Other adjectives besides amazing also come to mind.

Another recent Love Instagram post concerned the writing of “Doll Parts” — and boasts about her sexual prowess — following Miley Cyrus’ December 2020 cover of the tune.