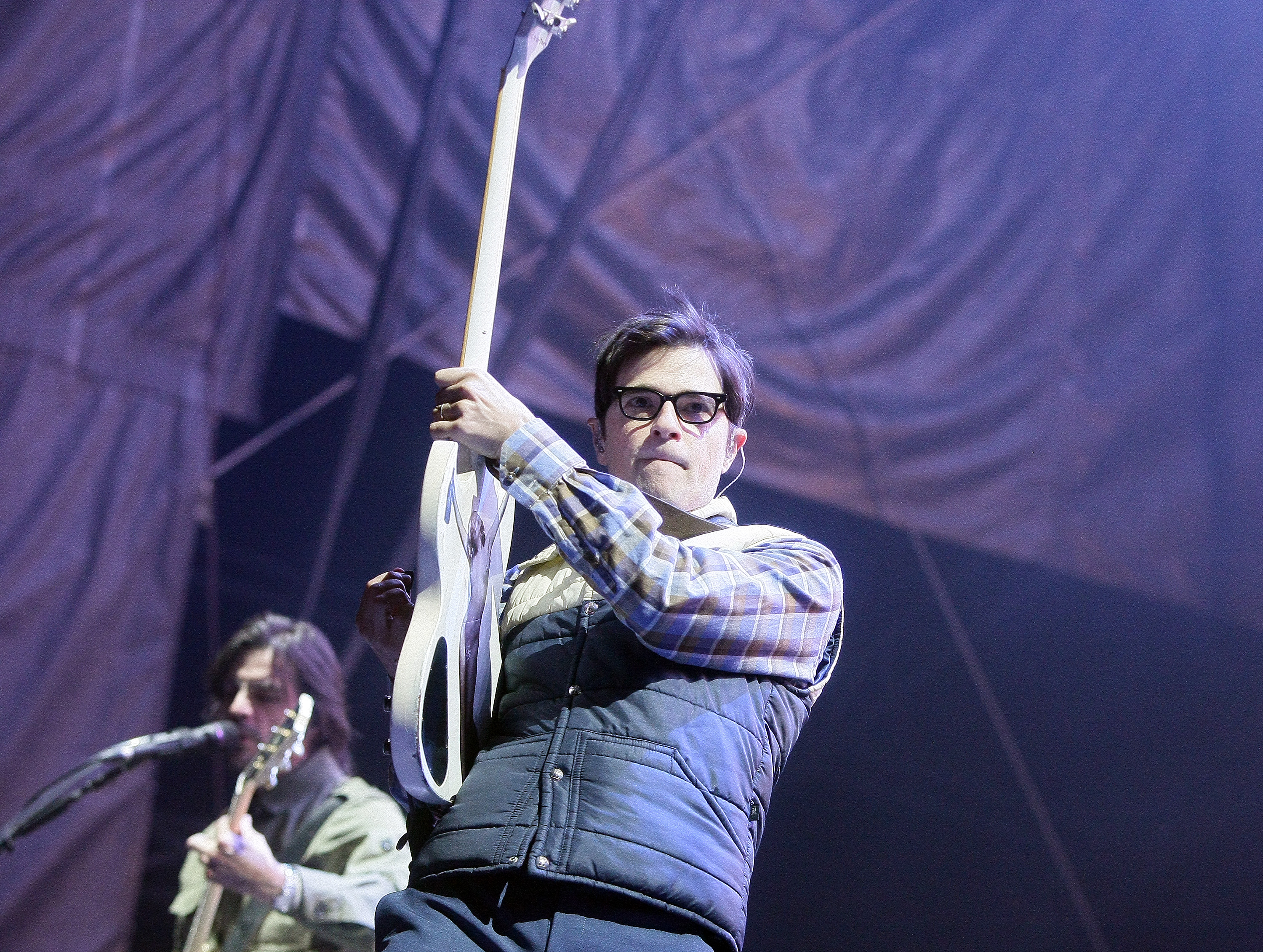 If you want to make that special Weezer fan you know happy this holiday season, Rivers Cuomo has a gift for you.

Why did he decide to release these now? Because it’s finals time! In a tweet, Cuomo explained that building the site was part of a project for the class “CS50’s Web Programming with Python and JavaScript.” The market page was added to his existing Mr. Rivers’ Neighborhood site, which launched last month.

For my Web Programming class final project, I made a web market stocked with 2655 previously unreleased demos. https://t.co/wFNb1drPRs

If you’re a completist and want the whole collection, you’ll get nearly two days of music for $81. The EWBAITE Years (2011-2014) alone is a whopping 38 hours worth of material and contains 1,113 songs. And of course, Cuomo previews each collection with comments.

But for more casual fans, you’ll want to have a listen to the 72 songs that encompass 147 minutes on The Blue-Pinkerton Years.

He added several caveats for potential buyers, noting the songs “might be wildly inappropriate,” “might just be me rambling, talking, making sounds,” or “It might be just a drum beat,” among other warnings.

You can check out the site here.

Earlier this year, Weezer battled Fall Out Boy on Family Feud. The band also released a track on the Bill & Ted Face the Music soundtrack, debuted a song and appeared on The Simpsons and put out a new video dedicated to essential workers, aptly titled “Hero.”

Weezer’s new album, Van Weezer, is set to be released on May 7, 2021 by Crush Music and Atlantic Records.