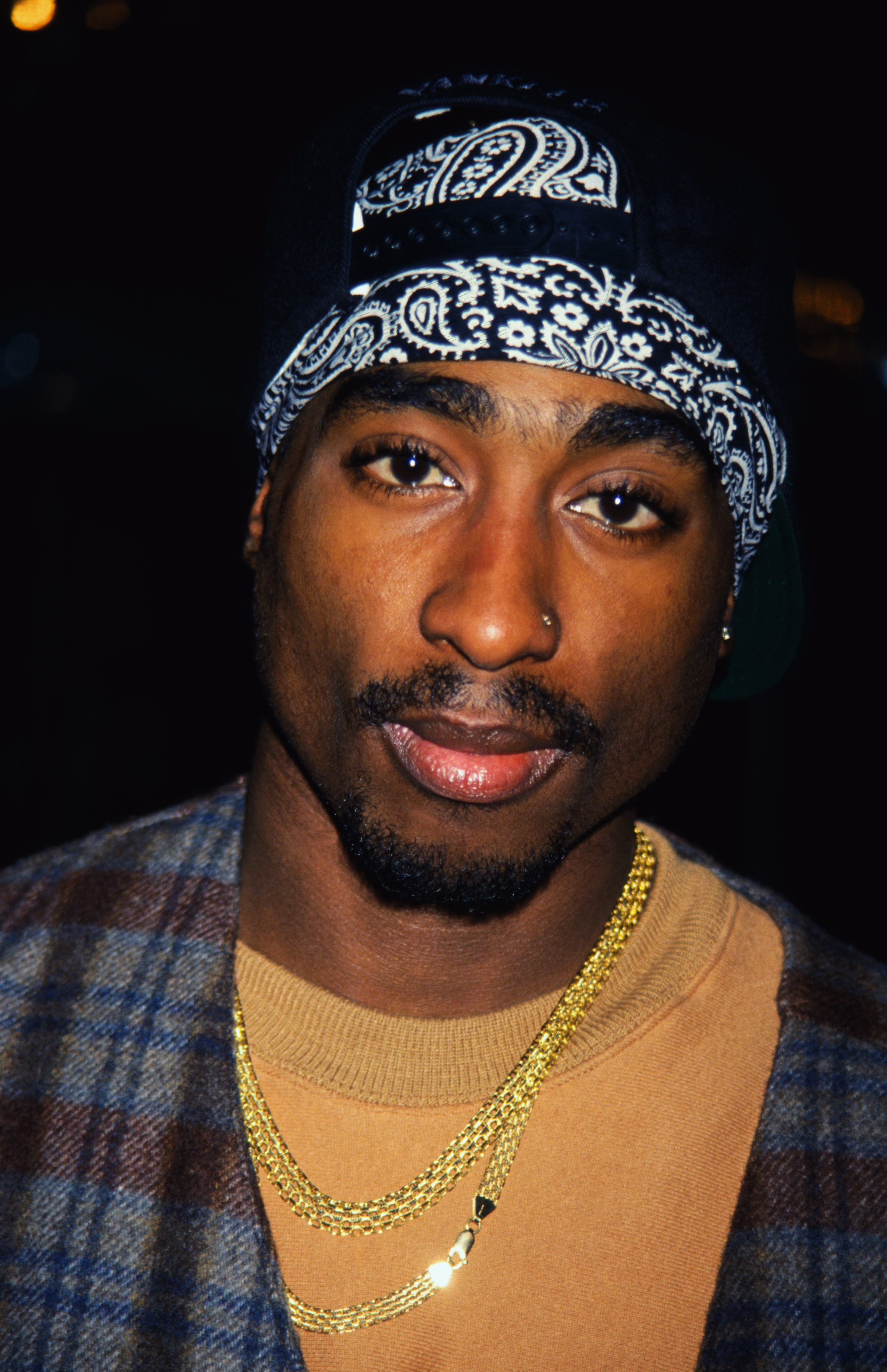 As part of our 35th anniversary, we’re naming the most influential artists of the past 35 years. Today, we’re at #6. From Oakland, California, here is 2Pac. 2Pac died at 25. He’d only released four albums when the fatal shots ripped through his BMW in Las Vegas. Despite the brevity of his life, Tupac Amaru Shakur lived so many lives at once. Rapper, actor, activist, thug, convict, inmate, martyr—his impact on rap and popular culture remains indelible.

Named after a Peruvian revolutionary and born to a Black Panther, 2Pac was almost fated to reject authority and speak for the disenfranchised. His adolescent love of acting and poetry translated to his music. The thespian, poet, and self-proclaimed thug (despite no gang ties) who eventually acted in several movies (e.g., Above the Rim, Juice) knew how to convey a range of human emotions on record. He could be sensitive (“Dear Mama,” “Keep Ya Head Up”) and passionate (“How Do You Want It”), militant while speaking truth to power (“Souljah’s Revenge”), menacing (“Can’t C Me”), or spiteful (“Hit ‘Em Up”). Delivered with religious fervor, his verses split the difference between a sermon and spoken word as he pushed in and outside the booth. His drive was unparalleled, fueled by an inextinguishable passion and glasses of thug passion. How else would he have recorded several albums worth of posthumous songs between performing, shooting movies, granting interviews, showing up for court, spending months behind bars, and consorting with Suge Knight’s nefarious circle?

The charisma 2Pac brought to his music and the movies carried over to every video interview where he spoke about the plight of Black people and the socioeconomic inequities in America. When he died, 2Pac became a symbol, a political figure for a generation and part of the pantheon of Black activists. His murder remains unsolved, but his presence was so powerful, that some refuse to believe he’s dead. 2Pac probably isn’t alive in Cuba or New Mexico, but he’ll continue to live through his music and the countless rappers who hope to match his catalog’s breadth and depth.