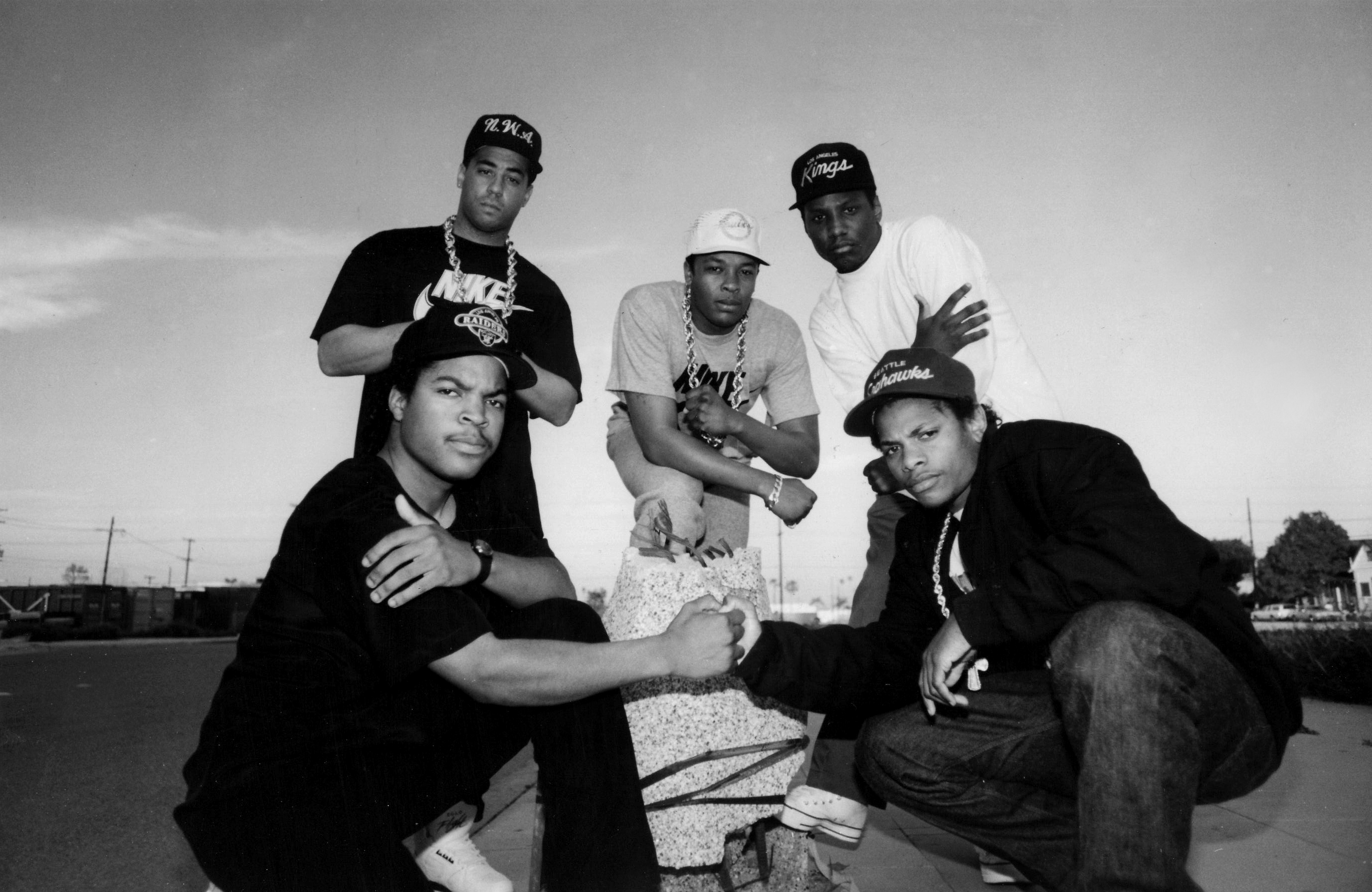 As part of our 35th anniversary, we’re naming the most influential artists of the past 35 years. Today, we’re at #4. From Compton, California, here is N.W.A. Few groups with long, prolific careers have changed the world as much as N.W.A. did with two albums and an EP. Like the similarly short-lived Sex Pistols a decade earlier, N.W.A. leveraged shock value to make a cultural impact far beyond what could be explained by record sales.

Upping the ante from the vague tough guy theatricality of predecessors like Run-DMC, whose street cred was mainly derived from leather jackets and loud voices, N.W.A. turned Compton into an object of fear and fascination in the popular imagination. Gangsta rap has continued to inspire moral panic over the last three decades, but nothing will ever quite match the way songs like “Straight Outta Compton,” “Fuck Tha Police” and “She Swallowed It” scandalized Tipper Gore’s America.

Eazy-E and Ruthless Records co-founder Jerry Heller masterminded the rise of N.W.A. with fairly little musical talent between the two of them, and they might have still drummed up a lot of money and outrage even if they’d never met Ice Cube and Dr. Dre. But with arguably the West Coast’s greatest MC and greatest producer in hip-hop history on their team, the sky was the limit. And even with Cube catching wise to Ruthless’s creative accounting and becoming the first to leave, 1991’s darker and nastier Efil4zaggin took N.W.A. to the top of the Billboard 200. The subsequent solo careers and the blockbuster biopic certainly helped bolster the group’s reputation long after its breakup. But it was N.W.A.’s three years in the spotlight that irreversibly changed the hip hop landscape, and made L.A. one of the genre’s permanent epicenters.