In a corner of Eastern Europe — far, far away from the glitz, glam and flex selfies of U.S. trap — three fierce women are smashing conceptions and changing a genre that’s emerged as one of the most popular in the world. They don’t give a fuck about your standards, stereotypes or anything else.

Toying with gore and fetishism, leaping from trap to heavy metal — often within the same track — P0LLY embodies the duality that drives her eclectic sound. Aggressive guitar riffs and growls, explosive visuals, blood, sex, vulnerability, chaos: That complexity fuels P0LLY singles like “TRA$H€R SUPERSTAR,” where she raps, “Even if you wanted to, you couldn’t stop me, I run you over on a skateboard ‘cause I have a hearse on wheels / I’m a superstar; Oh, I shine so bright, for real / When I’m not hitting the guitar, I’ve got six bitches in my bedroom, ya.”

“P0LLY comes from this idea of opposite poles. I’ve come to the conclusion that I tend to go back and forth from Sandra (my birth name) to P0LLY all the time. While Sandra is grounded, loving and soft-hearted, P0LLY does the nasty stuff and protects Sandra,” P0LLY tells SPIN, depicting the two-sided concept that lies behind her music project. 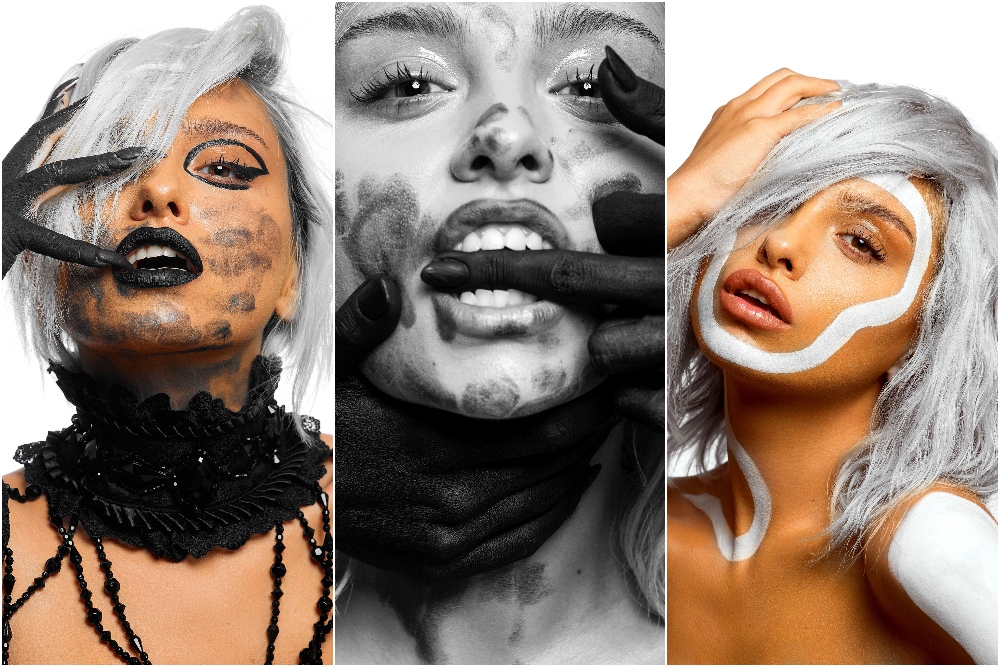 “I think one must face the shadow self: everything you despise about others and yourself,” she adds. “You must bring it to the surface of your awareness to dismantle it intellectually and emotionally, to realize that it is a part of you, but you are not driven by it.”

Despite her recent rise on the Romanian scene, BRASOV — whose name is a nod to the eponymous town she was born in — has been releasing melodic bangers in Madrid for years through her independent label, SieteTreinta. BRASOV relocated to Spain 15 years ago and has dropped a number of experimental, self-made projects. Her resumé spans songwriting, beatmaking, filmmaking and photography, which she infuses into all facets of her work. 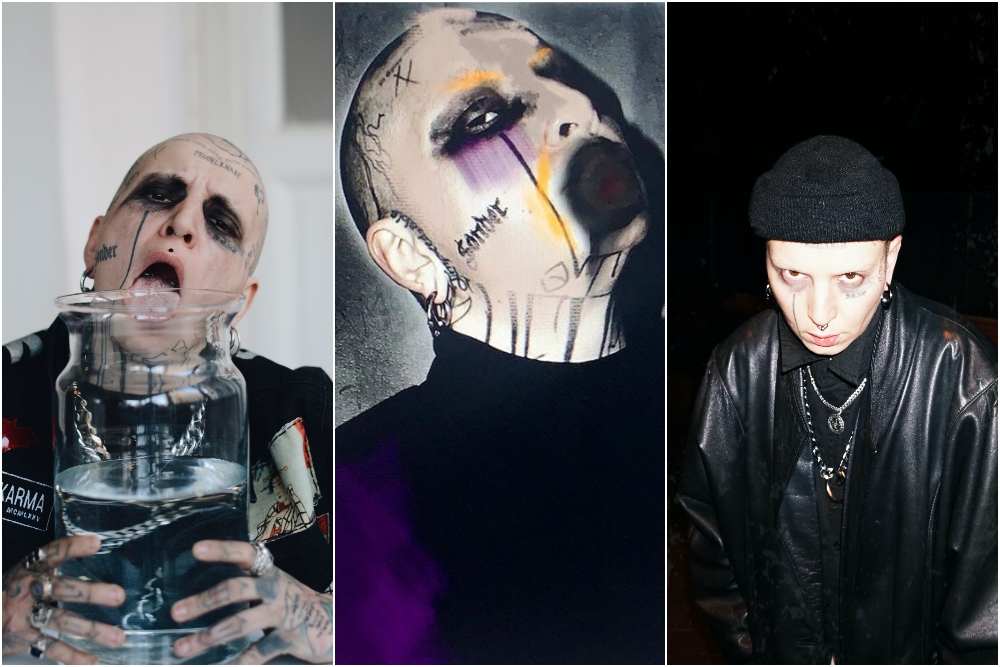 Lyrically, BRASOV draws listeners into a dark, harsh world: “Acting Out” includes lines like, “A cocktail of pills / I’ve got blood on my face; the blade was rusty […] / I’d stab myself until I’m left without blood / My mother’s praying; my poor mother’s crying.”

However, she shares these real-life struggles to encourage listeners to not repeat the same mistakes — “If you identify with my lyrics, you should also quit these things because they’re not OK,” BRASOV says, stressing that “mental illness is not a trend.”

BRUJA’s versatility is her biggest strength. One day, she breaks the internet out of nowhere, blending booming vocals with cutthroat verses while wearing icy-white contact lenses and gold chains over her face. The next, she exudes kawaii vibes as an anime-inspired character on a lo-fi beat.

In one of her most eye-catching music videos to date, “Spice Girl,” BRUJA wraps cunning lyricism in bad bitch energy, spitting bars like, “I stick lips together with a glue gun rip / I cut your cock, catch it in a zipper in ziplock, cheese … I wanna, I wanna, I wanna really, really, really cut you in a zig-zag.” 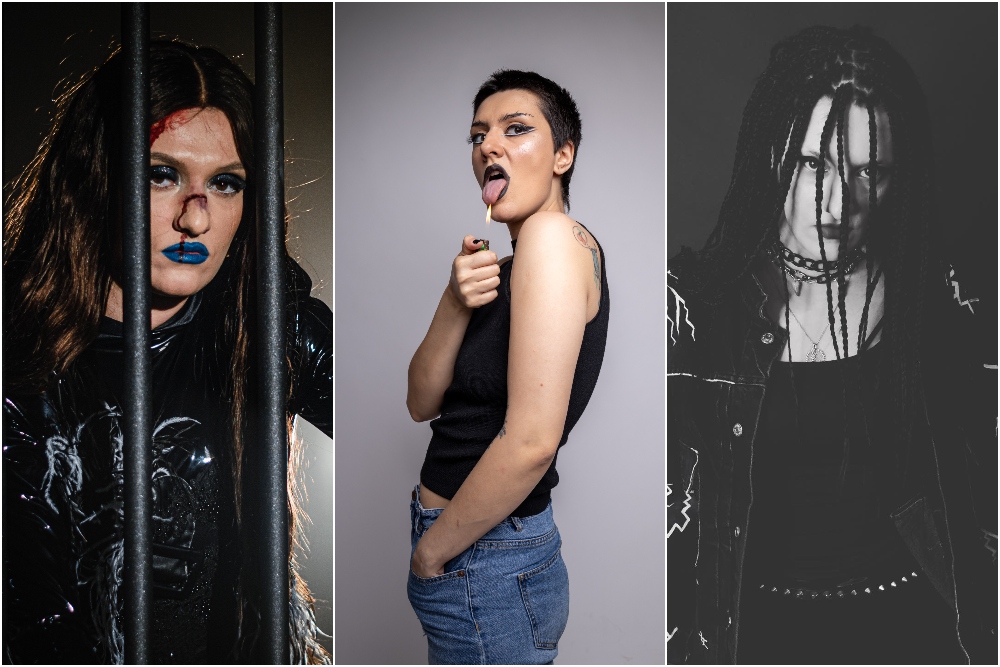 “Around the 13th century, if you were an educated woman, you were burned at the stake. The same happens nowadays, only that the stake is psychological. BRUJA is every woman that has something to say; she is every spark that lies within us as maternal beings. BRUJA is the desire to know, to learn and to create,” she says, addressing the occult reference in her moniker and what it represents in her work.

As distinctive as BRUJA, BRASOV and P0LLY are individually, their collaborative work speaks volumes about the emerging local female trap scene. In a genre globally reputed for pitting women against each other, they’ve joined forces in the face of toxic competition.

They first worked together in mid-2019 with “Ma Hell,” after BRASOV invited P0LLY to appear on the rhythmic yet eerie track.

“After a friend introduced me to P0LLY’s music, I contacted her on Instagram, told her I loved what she did and asked if she wanted to do something together,” BRASOV recalls.

P0LLY completes the story from her perspective, conveying her equal excitement, “I was like, ‘Yes, I want to work on a song together.’ She sent me the beat with her verse, told me to do whatever I felt, and that was that.”

Earlier this year, BRASOV and BRUJA issued two collaborative tracks within 10 days on the SieteTreinta YouTube channel. The hypnotic “Drapele” arrived with a statement in the music video’s description that will resonate with independent artists: “0 budget, fuck it, I don’t even want it, I don’t even need it.” “ALL STARS,” featuring Spanish artist Sagan Ummo, is a bilingual fusion with hair-raising production.

However, the foundation of their studio work was a sincere friendship. They met at one of BRASOV’s first concerts in Romania, a few months prior to BRUJA’s official artistic launch. “We drank all night, laughed, went around everywhere and became instant friends because we’re both just as crazy,” BRASOV says, remembering that interaction with a smile.

But the real magic happened when BRASOV, P0LLY and BRUJA first connected in person on Feb. 28, 2020, during BRASOV’s Rezidenta21 concert at the underground club Kranut in Bucharest.

“BRASOV took me backstage, where I first met BRUJA,” P0LLY recalls. “We began talking about how oxygen is corrosive and breathing it actually kills us. Splendid!” BRUJA adds. P0LLY continues, “We laughed it off and started talking about random things until we had to go on stage. I was mesmerized by [BRUJA’s] chemistry with BRASOV. They were like yin and yang.”

“The audience absolutely lost it. […] It was an insane night,” BRASOV says, describing the concert where all three sang in the middle of the ecstatic audience.

As their friendships flourished, they collected memories both on and offstage.

BRASOV shares stories like “squeezing into a tiny bed together with BRUJA, her three cats and six-foot-tall Sagan after a night of getting fucked up.” BRUJA talks about “jumping into bushes on the street, parties and glitter baths” with P0LLY (“Polala or Sanda,” as she affectionately calls her) and getting “drunk in bars and causing chaos at concerts” with BRASOV. At the same time, they’ve shared numerous heart-to-heart moments.

“She [BRUJA] also supported me with personal problems, and for that, I will always be grateful,” P0LLY says, while BRASOV describes BRUJA as “the kind of person that actually asks how you are, not just hits you up when they need something from you.”

As we wrap up the derailed train that was 2020, all three artists are on the grind like never before. BRASOV is working on her 2021 EP and recently launched Hot Mess, a group project with Corina Sucarov aka +SHE+. BRUJA just dropped “Fax,” the first song in her ongoing weekly project, Friday 13. P0LLY is developing her highly personal full-length album, BEAR TRAP. In addition, there’s a joint BRUJA & P0LLY EP in the works, which might include a trio track with BRASOV that we’re crossing our fingers for. 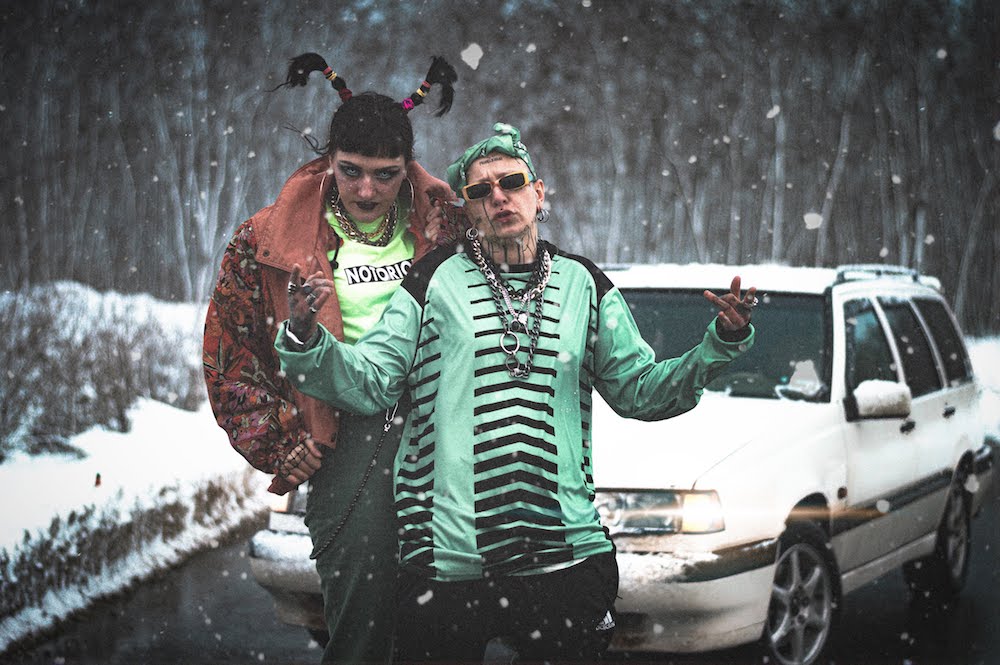 No matter what the future holds for the Romanian female trap scene, P0LLY, BRASOV and BRUJA are paving the way with experimental, authentic and collaborative energy.

“As I see it, the most important aspect is that we now have female voices in Romanian trap, especially voices with such a raw and powerful approach,” P0LLY says. “We own the fact that we’re women, but […] we don’t portray ourselves as ‘the weaker sex.’ This is what any woman should learn, regardless if she wants to make music or anything else. Be the master of your own destiny and career. This is the conclusion that needs to be drawn from our work.”

All interviews and lyrics referenced were personally translated by Gia Tudoran.