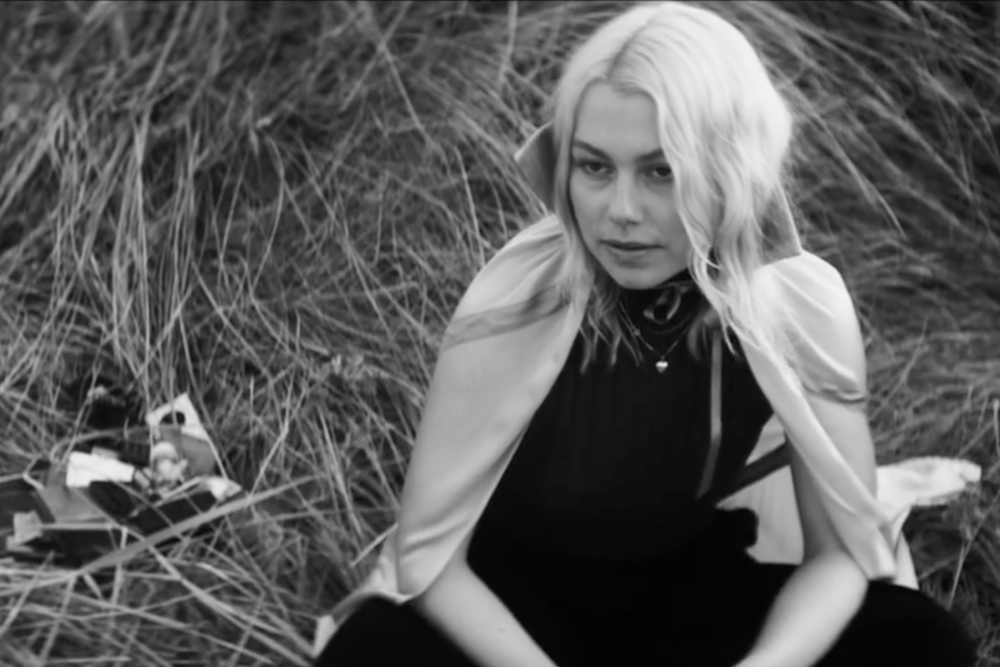 After landing four Grammy nominations last week, including Best New Artist, Phoebe Bridgers has unveiled a music video for “Savior Complex,” which is off of Punisher. The black-and-white video was directed by Emmy winner Phoebe Waller-Bridge (bringing together two Phoebes with similar names at long last) and it stars Normal People actor Paul Mescal.

The video sees Mescal stumble around what appears to be the middle of nowhere, conning people for his own benefit, and being followed by a cute dog. She will also be performing on The Tonight Show With Jimmy Fallon on Dec. 2.

This video comes after the release of her Copycut Killer EP a few weeks ago, which features an alternative version of “Savior Complex,” among other Punisher tracks. There was also a more recent release of her cover of “If We Make It Through December,” and her cover of “Iris” by the Goo Goo Dolls with Maggie Rogers. She has a lot going on.