Paul Scheer on Psilocybin-Fueled Weezer Walks, DJ-Sparring With His Wife

One can never accuse Paul Scheer of laziness. Hell, just in this publication window, he has his guest-directed episode of Marvel 616 out, a new live-streamed Christmas episode of his award-winning podcast How Did This Get Made on Dec. 11 and a role in the indie superhero flick Archenemy, out the same day.

Starting in improv at comedy breeding ground Upright Citizens Brigade, Scheer got his first break in 2007, creating the brilliantly bizarre, MTV sketch show Human Giant with Aziz Ansari and Rob Huebel. From there, along with a ton of roles on more cult shows like Party Down and The Life & Times of Tim, Paul created Adult Swim’s NTSF: SD: SUV in 2011. Spoofing MacGyver-styled ‘80s machismo and the glut of Law and Order spin-offs, the show gave Scheer his first confident spot in the director’s chair.

Currently streaming on Disney +, Scheer’s Marvel 616 episode traces the history of Brute Force, a short-lived and extremely bizarre Marvel comic. The project highlights his sincere love for misfit art — be it an obscure comic or any of the movie misfires lovingly skewered on HDTGM. Wondering the role of music in Scheer’s life, SPIN spoke to him about psilocybin-fueled Weezer walks; DJ-sparring with his wife, actress and HDTGM co-host June Diane Raphael; and finding his musical identity through movie soundtracks. 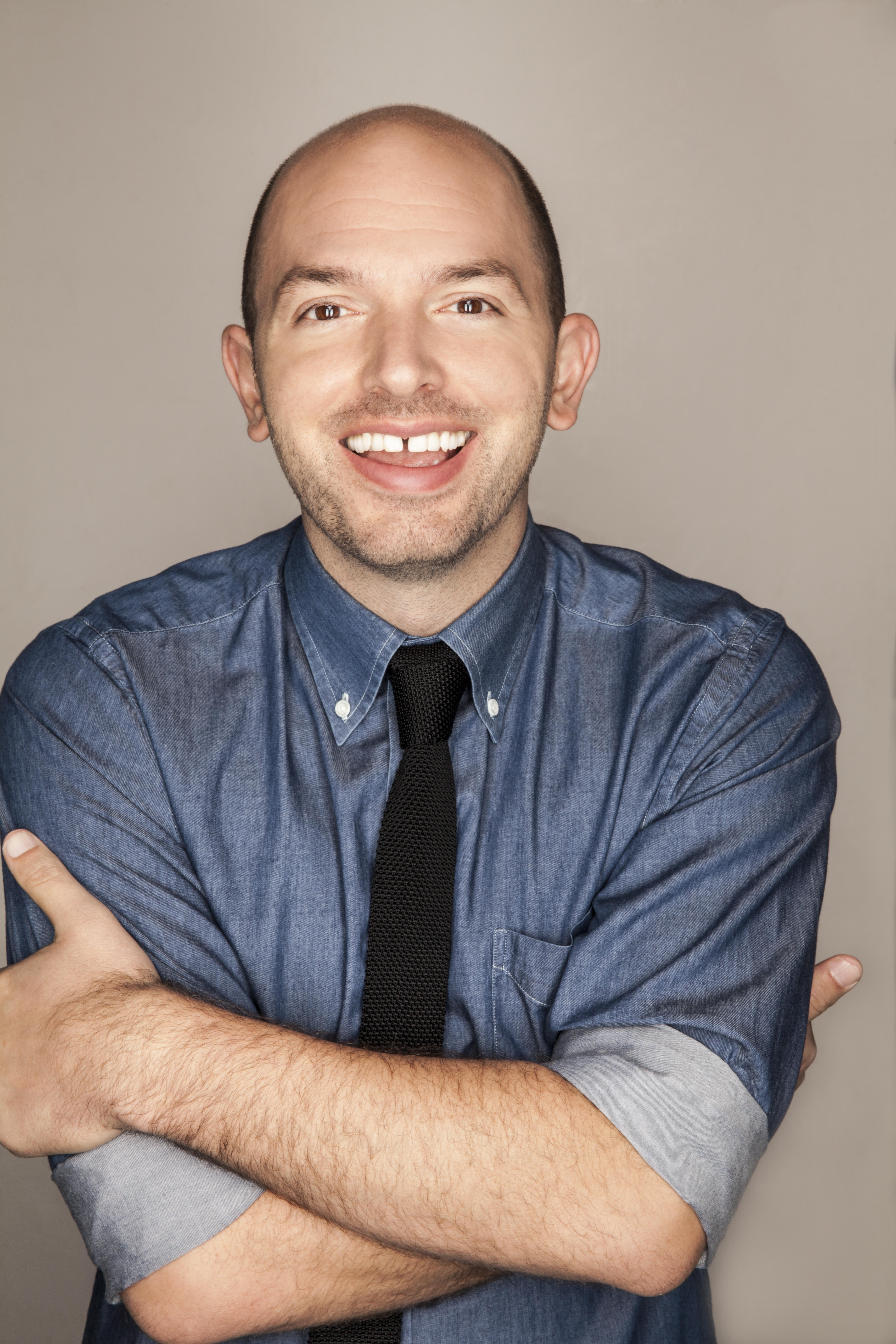 SPIN: What was the first song you fell in love with?
Paul Scheer: My first two cassettes were Weird Al Yankovic’s In 3D and Huey Lewis and the News’ Sports. Both of those albums were very influential for me. I loved “Eat It” and thought it was the funniest song I’d ever heard in my life. It’s not on Sports, but [that and] “The Power of Love” were the first two songs I remember playing all the time. The song that I really terrorized my parents with was Eddie Murphy’s “Boogie In Your Butt.” If you’ve not heard it, it’s one of the best songs ever. It’s hilarious, and I play it for my kids today.

You started out with happy songs, but did you ever gravitate towards heavier, darker stuff?
I was really into rap music as a kid too, but my parents were always taking away my albums. I didn’t have brothers and sisters to give me stuff. I loved INXS, and at this point in the story, she was a born-again Christian. She had heard that the INXS song “Suicide Blonde” was convincing kids to commit suicide, so she confiscated that. She heard there was a lot of cursing on LL Cool J’s Bigger and Deffer, so I got that taken away from me. My Whitesnake album also got confiscated. In my house, anything I had that was darker was taken away, so I did fall more into pop because she took everything else. Parental Advisory albums and PG-13 movies were big things I had to deal with as a kid.

What kind of high school kid were you? Were you the theater guy? The funny kid or the nerd? Were you popular?
A little bit of all of the above. I was able to travel in a bunch of different circles. I did theater but hung out with popular kids. I hung out with people who were definitely nerdy. That was a cool way to do it, and I don’t have much anxiety about my high school experience, like I feel a lot of people do. Nor do I have a want or desire to go back to it. I had a great time and loved working at Blockbuster Video.

Did your first kiss, or sexual experience, come scored with an album or specific song?
Let me say this: My first sexual experience with a newer girlfriend was set to The X-Files movie soundtrack. It was on repeat, as I think it was the only disc in my six-CD changer. I’ll always have that burned into my brain. My whole musical life was fraught with the idea of not knowing who I was musically. As an only child, my friends would come in with all these bands I hadn’t heard of, and they just knew things I didn’t. My mom didn’t listen to music. My dad did, but it was more stuff like Bob Dylan, not cool kid music. I didn’t have that older brother or sister to lead the way.

My parents divorced, and I remember driving over to my dad’s house one day. I broke down crying, sobbing to him, “I don’t know what kind of music I like!” He brought me to a record store, and said, “The best way that you’re going to figure out what music you like is to buy movie soundtracks.” I bought about 12 cassettes of the soundtracks to movies I loved, and that’s really how I found my first batch of bands. At first it was stuff like Klymaxx and Samantha Fox, but as I got older, I was on the cusp of cool indie cinema. The Quentin Tarantino and Wes Anderson soundtracks were huge for me, and it exposed me to so many amazing artists. I got into Elliot Smith from the Good Will Hunting soundtrack, and everything I know about Jon Brion is from Paul Thomas Anderson films.

Were you getting high in high school and disappearing into albums and movies by yourself?
I wasn’t a stoner, but I made my own radio show in high school. This is how sad this is: I made a radio show for myself. I would take all my favorite songs, pretend I was a DJ and record full sessions. I’d do a monologue and comedy bits, and then force my parents to play it when they drove me around. It was a lot of Nirvana and the Doors on the radio show, along with Pearl Jam, Temple of the Dog and Soundgarden. The grunge movement hit me hard.

How bout any drug-addled concert experiences?
The one time I did mushrooms was while listening to Weezer’s ‘Blue Album.’ I was in Amsterdam, got some mushrooms and went to the Van Gogh Museum. I love Weezer, and I had my little Discman with me. It was my first trip, and I decided I needed to go out and play the game Crazy Taxi. I got lost around the city, and I remember breathing in and out colors with each song. Every song had a different color. It’s funny how all these songs make up the soundtrack to my life, which I think is what you’re ultimately getting at. The first time I snuck out of my house with a bunch of my friends and stole one of their parents’ cars to drive into the city, it was Beastie Boys.

How are you and June with music? Do you click?
No, but it’s OK! When “SexyBack” came out, June was DJ-ing a New Year’s Eve party. I was like, “You gotta play this.” She said, “No. That song’s terrible. It sucks, and no one will like it.” June and I have that relationship with music, where I’m a little ahead of the curve. I’m always saying, “You gotta hear this! You gotta listen to this!” She’s always really hesitant, but then she’ll dig it. We definitely agree on certain things, though. Our wedding song was a Ben Folds song. She’s really locked in amber about the music she likes from the past. But she knows how to run a dance party great. Her DJ skills are really great, and what makes her so good is that she has the sense of what people want to hear. She doesn’t try to be cool, and I’ve seen so many people DJ trying to be cool and losing the room. She’s there to make people dance, not [to] have a hipster listening party for people to discover obscure bands. 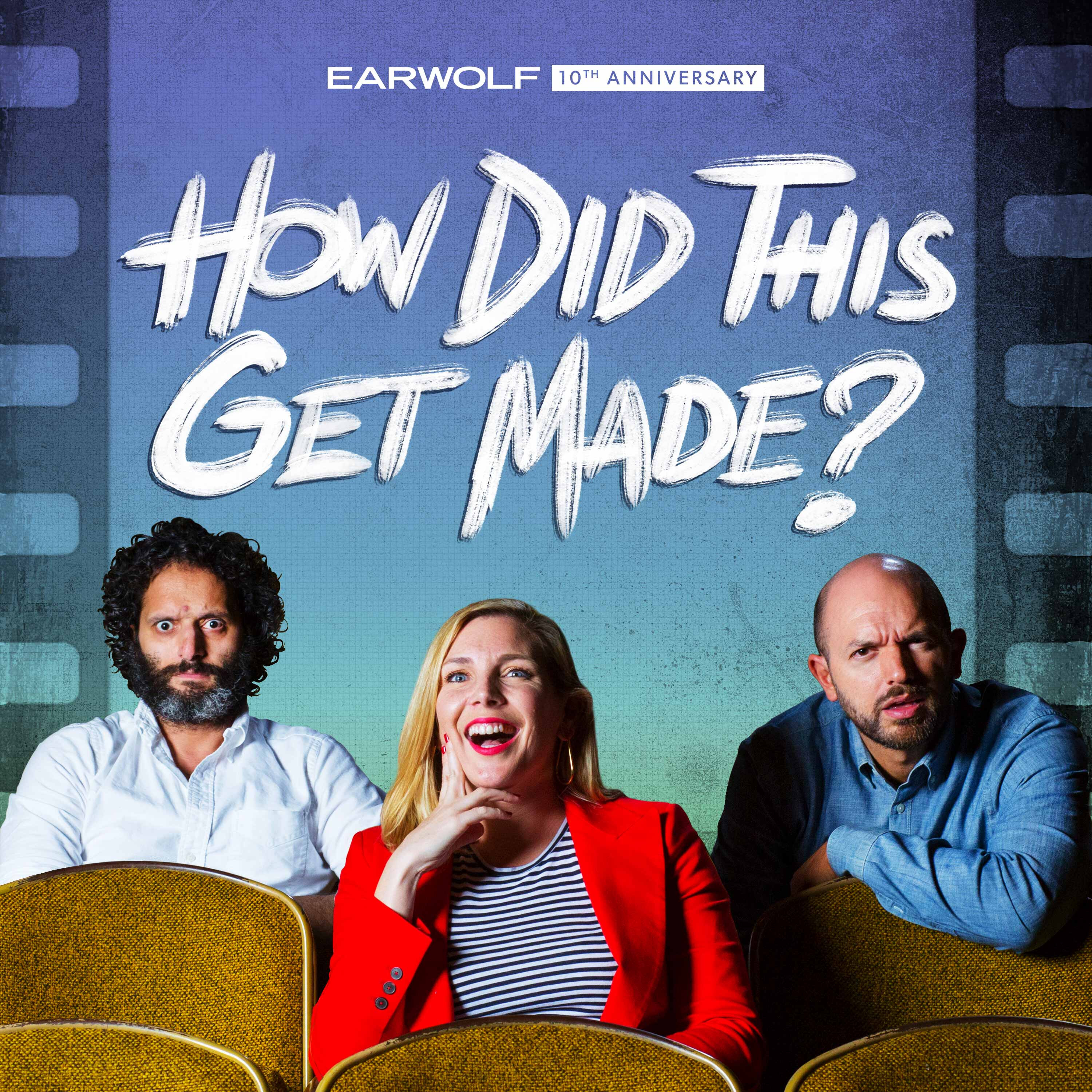 Was the genesis of How Did This Get Made literally you, June and Jason [Mantzoukas] watching a garbage movie?
PS: June and I were on a long road trip, and we decided to take a break to see a movie. We saw Wall Street 2: Money Never Sleeps, and we spent the whole car ride home talking about how terrible it was. We went to our good friend’s birthday party, and we started telling Jason about it — a “Dude, you’re not gonna believe how shitty this movie was” kinda thing. He started asking us questions, and we were just joking around about it. He literally said, “This is the podcast!” We decided we’d do it together at that party. The benefit of the show is that it was 10 years ago. No one cared about podcasting or even knew what it was.

After Brute Force, have you thought about making a feature-length documentary? Is more directing on your radar?
I had directed a handful of things before this but not anything that was doc style. It was really an amazing experience, and it catered to my instincts as an improviser. With improv, you create on the fly and find things in the moment. Things breathe in a really nice, organic way, and that’s how making the doc felt. I’d love to do it again. It was daunting, but the showrunners made it incredibly fun. They put the creative in front of it, so I actually enjoyed the process, rather than getting overwhelmed by it.