"Is it my hair or just a ramen bowl?" 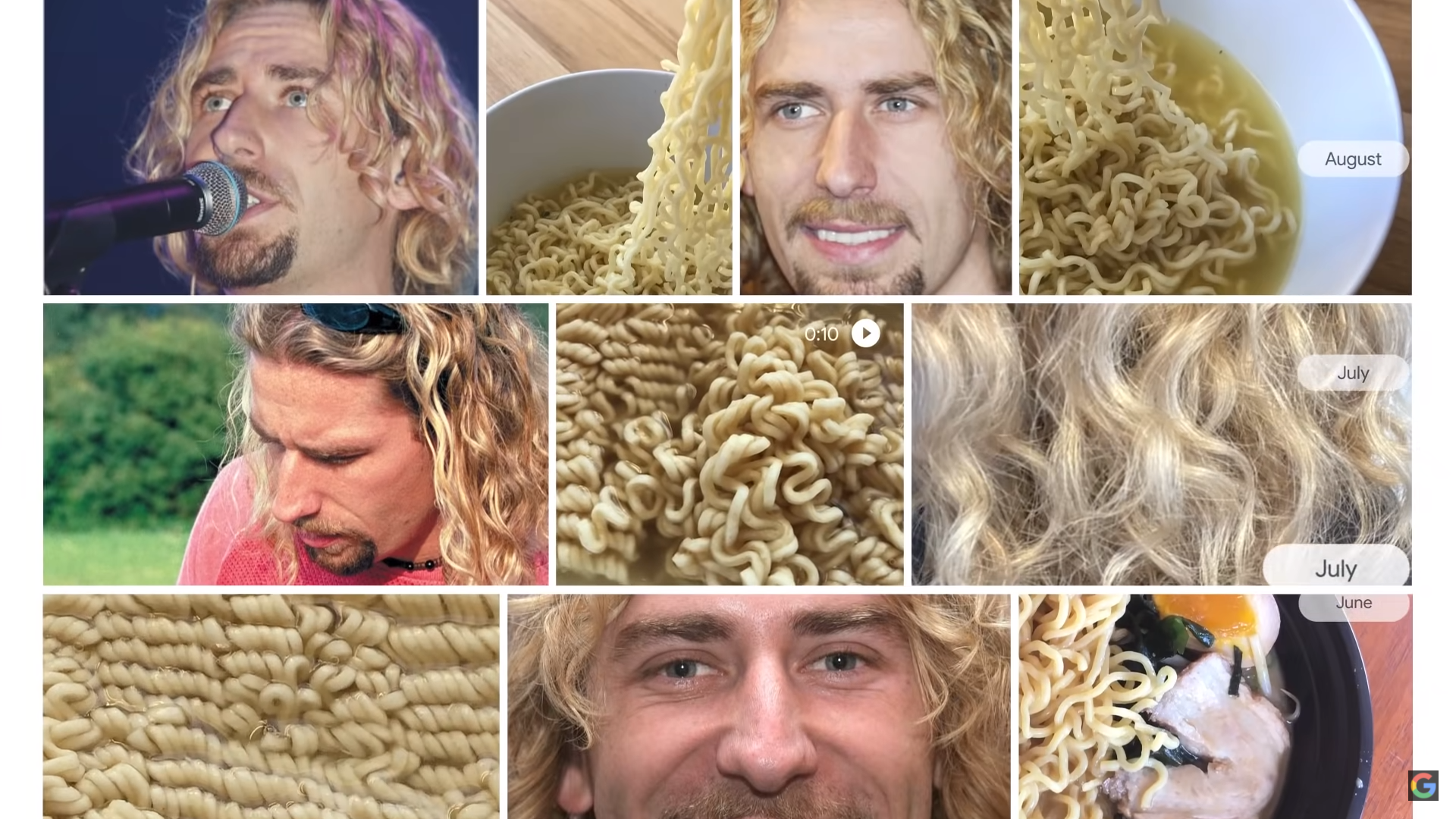 Nickelback’s 2005 “Photograph” video, which spawned endless memes, has been turned into a Google Photos ad. But this time around, singer Chad Kroeger is in on the joke, looking back at questionable phone photos with self-deprecating musical commentary.

Kroger sings new lyrics to the 2005 hit while scrolling through his phone. “Is it my hair or just a ramen bowl?” he sings. “Time to braid it. Time to shave it.”

It all began 15 years ago when “Photograph” was released as the first single for Nickelback’s fifth album, All the Right Reasons. The music video opens with Kroeger holding up a framed picture of himself and Nickelback’s producer Joey Moi.

Nearly 200 million people have watched the video on YouTube since its release, so kudos to Google for snapping it up for an ad, and Kroeger for being part of the fun. Check out the ad below.

And the original “Photograph” video, for old times’ sake

Kroeger’s not the only outdated rockstar joking around right now. The last few days have seen Eve 6 posting snarky deadpan comments about bands like Third Eye Blind on Twitter, along with digs like “warped tour bands are so much worse than late nineties bands id honestly rather listen to fuel,” with the follow-up tweet “and fuel is objectively awful.”

The Eve 6 tweetstorm also includes the bold proclamation “pretty sure we’re gonna be huge again.” Hey, if Nickelback can make a comeback, so can anyone.

Trump Drags Nickelback Into His Bizarre Feud With the Bidens