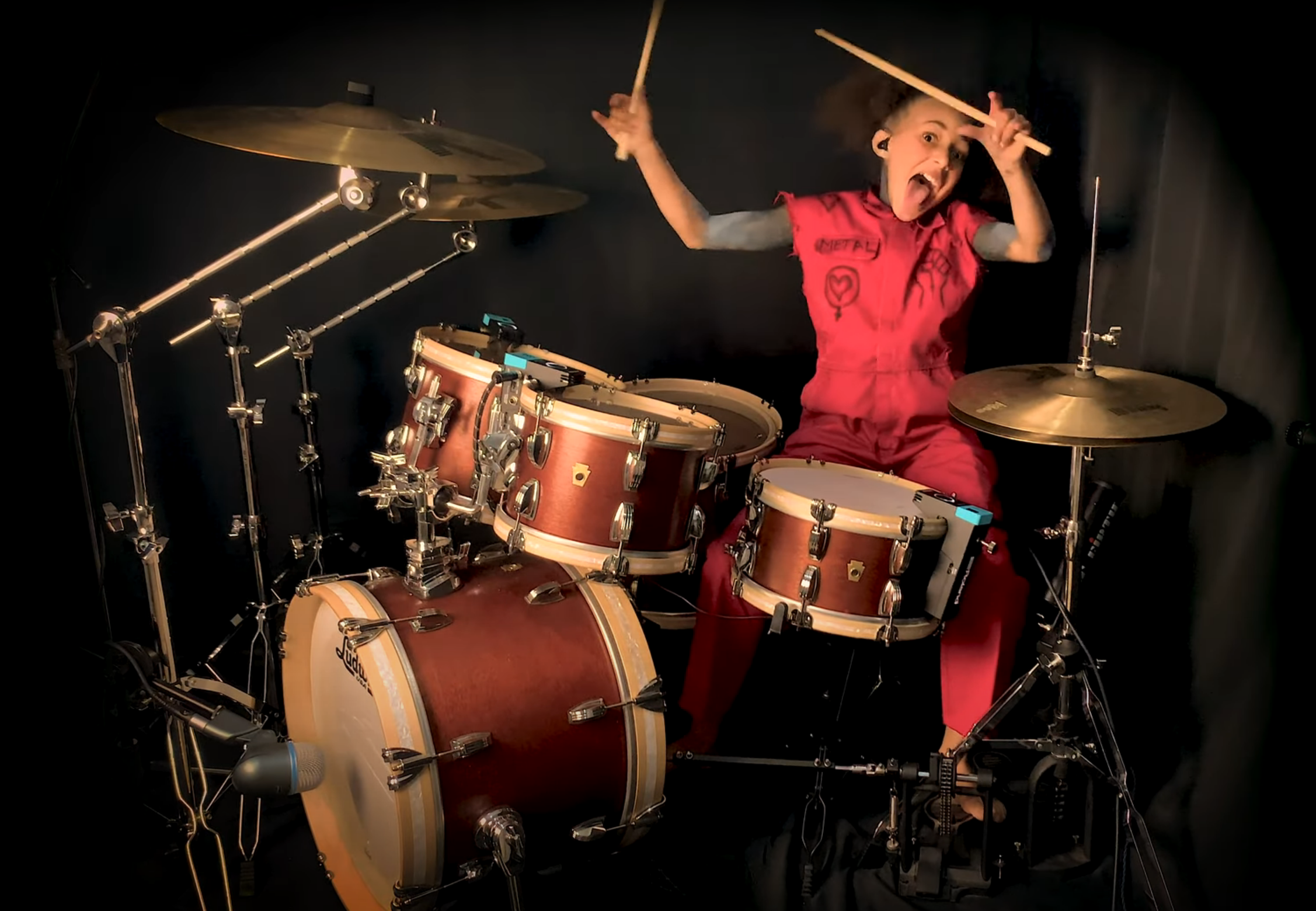 Nandi Bushell has been a bright spot in an otherwise gloomy 2020. In a year where she’s dazzled and impressed all sorts of musicians, the 10-year-old British phenom decided to end the year on a heavy note with a take on Slipknot’s “Unsainted.”

“Yes! I am a total metal head! I love how awesome the drumming is in @Slipknot ! This is my first attempt at double pedals! Taking my playing to the next level. This song is called I #unstainted by #slipknot! Incredible drumming Jay Weinberg! This song brings my A game Corey Taylor #metalhead #metal #heavymetal #doublepedals,” a statement under the video said.

Check out her impressive version below.

Bushell recently featured on our list of the most interesting new artists of 2020 — and with good reason. She captured fans’ attention in June with a stirring version of Rage Against the Machine’s “Guerrilla Radio.” Tom Morello was so impressed that he gifted her a custom guitar and in turn, she covered Audioslave. Then, she famously took on Dave Grohl in an ongoing drum battle that she ultimately won.

She also released an original song, “Gods and Unicorns,” earlier this month.