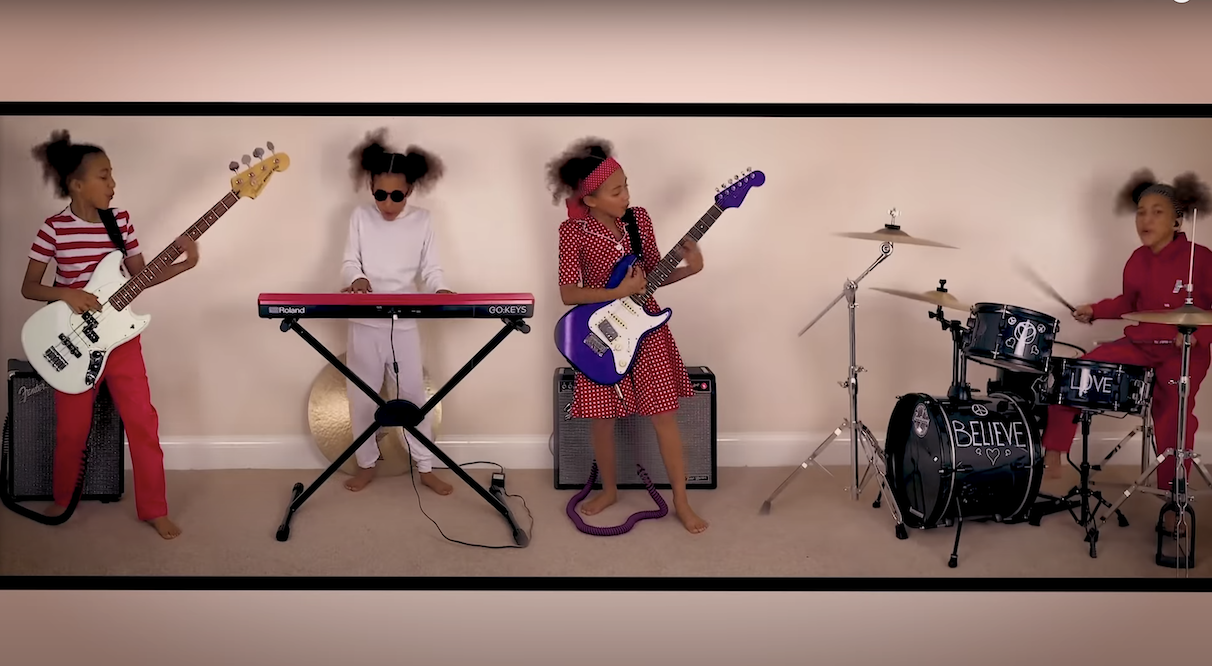 Nandi Bushell needs something to occupy her time after kicking Dave Grohl’s ass during their legendary drum battle. While she still shares covers on social media, the 10-year-old prodigy is branching out and releasing original music. In October, she wrote a tribute to her drum battle adversary called “Rock and Grohl,” and yesterday followed it up with “Gods and Unicorns” — a track she co-wrote with Zuzu.

“My heart is full of pride! I am so excited for you to hear my new song I wrote with Zuzu,” Bushel said about the track. “On the song I play ALL the instruments [guitar, bass, drums, keyboard] myself. I wrote and recorded the song at home.”

The rockstar-in-the-making credited the classic rock artists she’s covered in the past as her influences for the uplifting new anthem. “I wanted melodies like The Beatles, slap bass like in Lenny Kravitz songs, lead guitar tapping like Eddie Van Halen and beats like Bonzo from Led Zeppelin,” she explained before thanking her “friend Zuzu” for being “a great artist and teacher.”

Bushell also thanked Guitar Center for supporting her in recording the song, Munkey Junkey for producing it, and her “daddy” John Bushell for making the music video.

Listen to “Gods and Unicorns” below.