It took place on the 'Howard Stern Show' 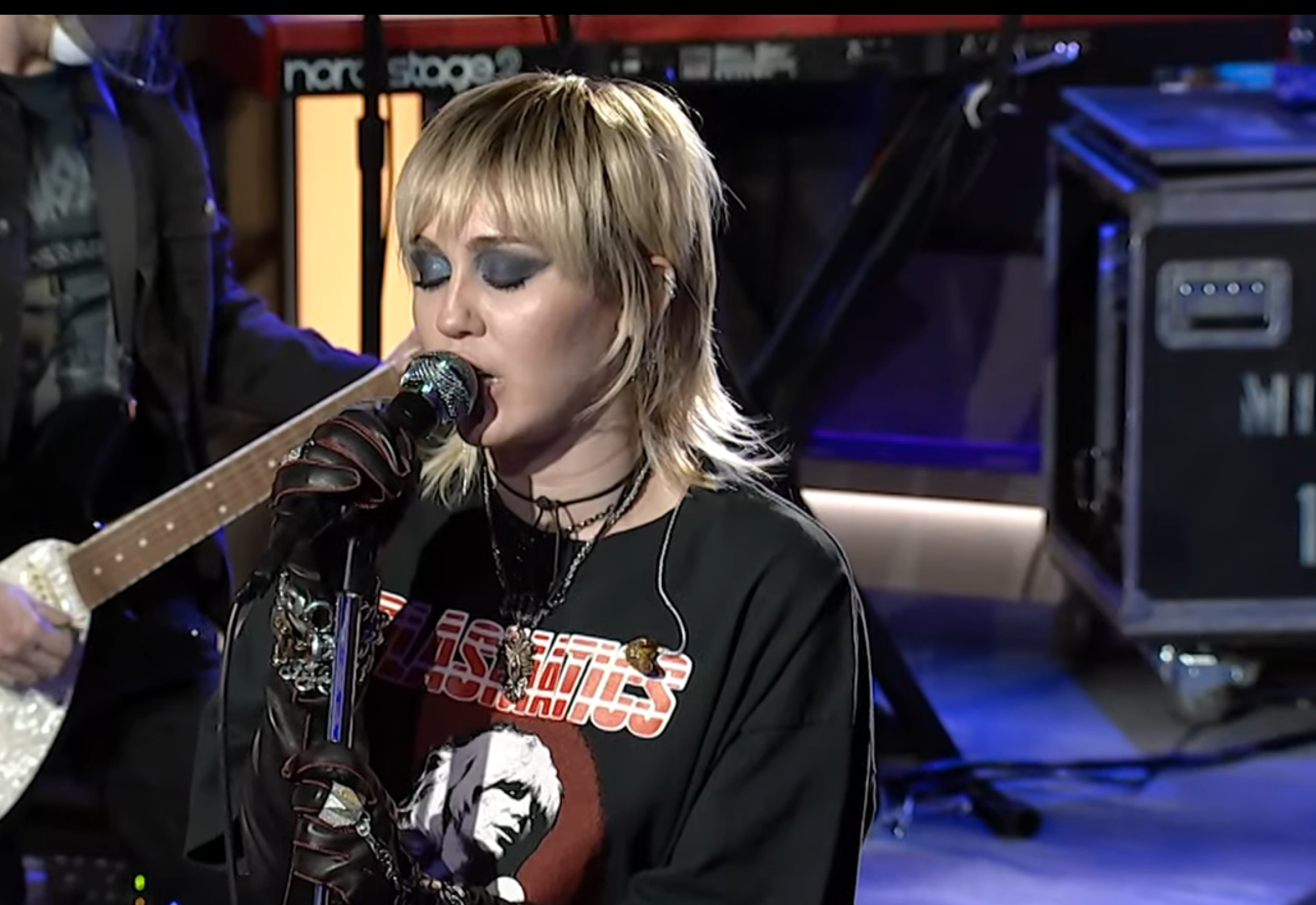 In case you didn’t know, Miley Cyrus really embraced rock this year. First, it was at a Doors tribute show in February, and since then she’s teamed with Stevie Nicks for a remix of “Midnight Sky” that incorporated “Edge of Seventeen” along with dropping a slew of classic rock covers including Blondie’s “Heart of Glass,” Pearl Jam’s “Just Breathe” and Pink Floyd’s “Wish You Were Here.” And of course, her new album, Plastic Hearts.

On the Howard Stern Show, Cyrus continued to go after classic alt-rock fans by performing a stirring cover of Hole’s “Doll Parts,” the first time she performed a song that Stern called one of his favorites.

“There’s nothing like covering Hole at 6 am in a Plasmatics sleepy tee cause I got to the fucking studio and realized my dress I brought was a jacket with no buttons lol @courtneylove Thank you @sternshow for having me and the great conversation. Always a good time,” Cyrus wrote in a tweet.

Check out her performance of the Courtney Love-penned rocker below.

You can read our review of Cyrus’ Plastic Hearts here.