Less Than Jake Blend Energy and Maturity on Silver Linings

It’s been 25 years since Less Than Jake released Pezcore and became staples of the ska-punk community. Now, the Gainesville rockers are back with Silver Linings (Dec. 11 on Pure Noise Records), the band’s ninth studio album and first since 2013.

But while Silver Linings still has plenty of the fast-paced catchy tunes that turned albums like Losing Streak, Hello Rockview, and Anthem into classics for the Warped Tour crowd, it also shows a different and more mature side of the band. It’s still clearly Less Than Jake, but it’s Less Than Jake dealing with the problems of an adult in 2019 (which are obviously quite different compared to the problems of 2020) rather than as a college-aged kid in the ‘90s.

The result is probably the most complex album the band has ever put forth, showing the lyrical prowess and range of vocalists Chris DeMakes and Roger Lima better than arguably ever before — all laid over their traditionally rapid ska sound. SPIN spoke with Lima to get his take on both the new music and the longevity of the band. 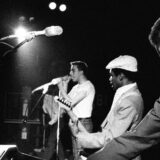 SPIN: Beyond just being new Less Than Jake songs, what should people expect from Silver Linings?
Roger Lima: Aside from being a fresh batch of songs — which is cool on its own — at this point, we’re 30 years into it, so we’ve definitely added some different flavors on this record. We’ve had a new drummer now for a little while, and you can feel some of his vibes on some of the tracks. I think you can tell the drums have a little extra flavor in there compared to our other records. I’m feeling really good about the songs, and I think fans are going to dig it.

Speaking of being 30 years into Less Than Jake, what’s it feel like to look back on those first few albums now?
It’s pretty funny, because I’ve listened to some of the older stuff recently, and it just seems like such a rough sketch. It’s like we had some cool ideas, but nothing got refined. It was kind of like we threw it all at the wall and whatever stuck on the wall was good enough. We used to fly through songwriting and arrangements and stuff. Now that we’re a little older, it’s like “Oh man, that’s when I should have learned a little patience” because I think it would have gone a long way. You can definitely hear when we finally started learning from all the producers that we worked with over the years on the early records, and on Losing Streak and Hello Rockview, you can hear all of those tricks and stuff that we’d learned. You can kind of hear it all growing as everything moves on.

Considering the constant touring schedule Less Than Jake has seemed to maintain over the decades, how does it feel to take a bit of a forced break from live shows this year?
This has definitely been the longest time that we’ve gone without being on tour because we’re always either on tour or in the studio. We had a tour that ended in October of last year, and then we went into the studio for this recording, so we already had a couple months off around that. We weren’t prepared for the whole rug getting pulled out from under us, but it’s been kind of cool in a personal way. You have time to do things around the house and catch up on things that you never got to do, because you were always leaving to go on tour. As far as the band goes, we’ve been trying to forge ahead with some online content — like livestream type of stuff — and some new songs. It really has been a crazy difference in our lives though. It’s the longest I’ve gone without playing a show since I was 16, man. It’s wild.

Having kept the band together with a lot of the same guys for decades now without pretty much any time off, what’s been the secret to keep things going smoothly over the years?
Honestly, we are pretty open with our communication. Now we have weekly band Zoom meetings where we talk it all out and we let everyone express their concerns. It’s always been very democratic, and I think that, ultimately, we all just love our songs. We love the songs that we have. We love playing those songs. We love our fans. That brings us all closer than a lot of our families and stuff. We have a dysfunctional, multifaceted marriage, and we somehow make it work.