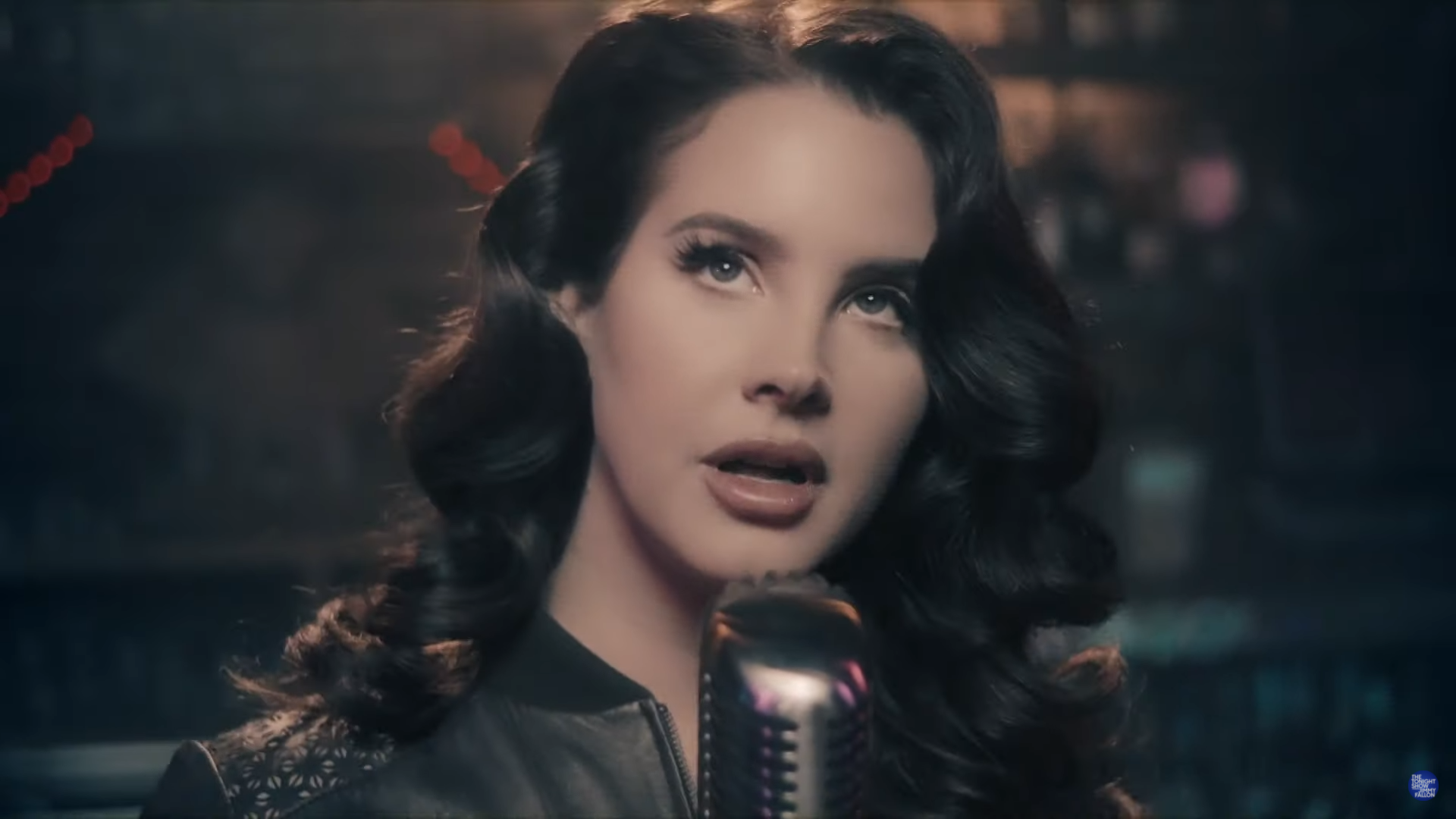 Lana Del Rey performed “Let Me Love You Like A Woman” for the Tonight Show Starring Jimmy Fallon. But that wasn’t the most noteworthy element of her socially-distanced performance.

The Tonight Show’s Twitter account wrote that the singer was “Making her first U.S. TV appearance in 9 years.” Though the math doesn’t technically check out (Del Rey performed on SNL in January 2012), it has been a long time since the singer-songwriter appeared since that critically-panned performance.

As for the song itself, it had a full complement of back-up singers along with Del Rey’s band and was filmed on an old-timey bar-themed set.

Check out Del Rey’s performance of “Let Me Love You Like a Woman on the Tonight Show below.

“Let Me Love You Like A Woman,” will appear on Del Rey’s forthcoming LP Chemtrails Over The Country Club, which has an unspecified 2021 release date.

Speaking of unspecified dates, Del Rey recently shared “Summertime The Gershwin Edition” digitally, part of a promised album of standards that’s slated to be out by the end of the year.

In November, Del Rey revealed an a capella version of the Liverpool Football Club anthem that will be used in a documentary about the British team.  In July, she dropped her poetry collection Violet Bent Backwards Over the Grass, and also collaborated with Matt Maeson and on “Hallucinogenics” in September.