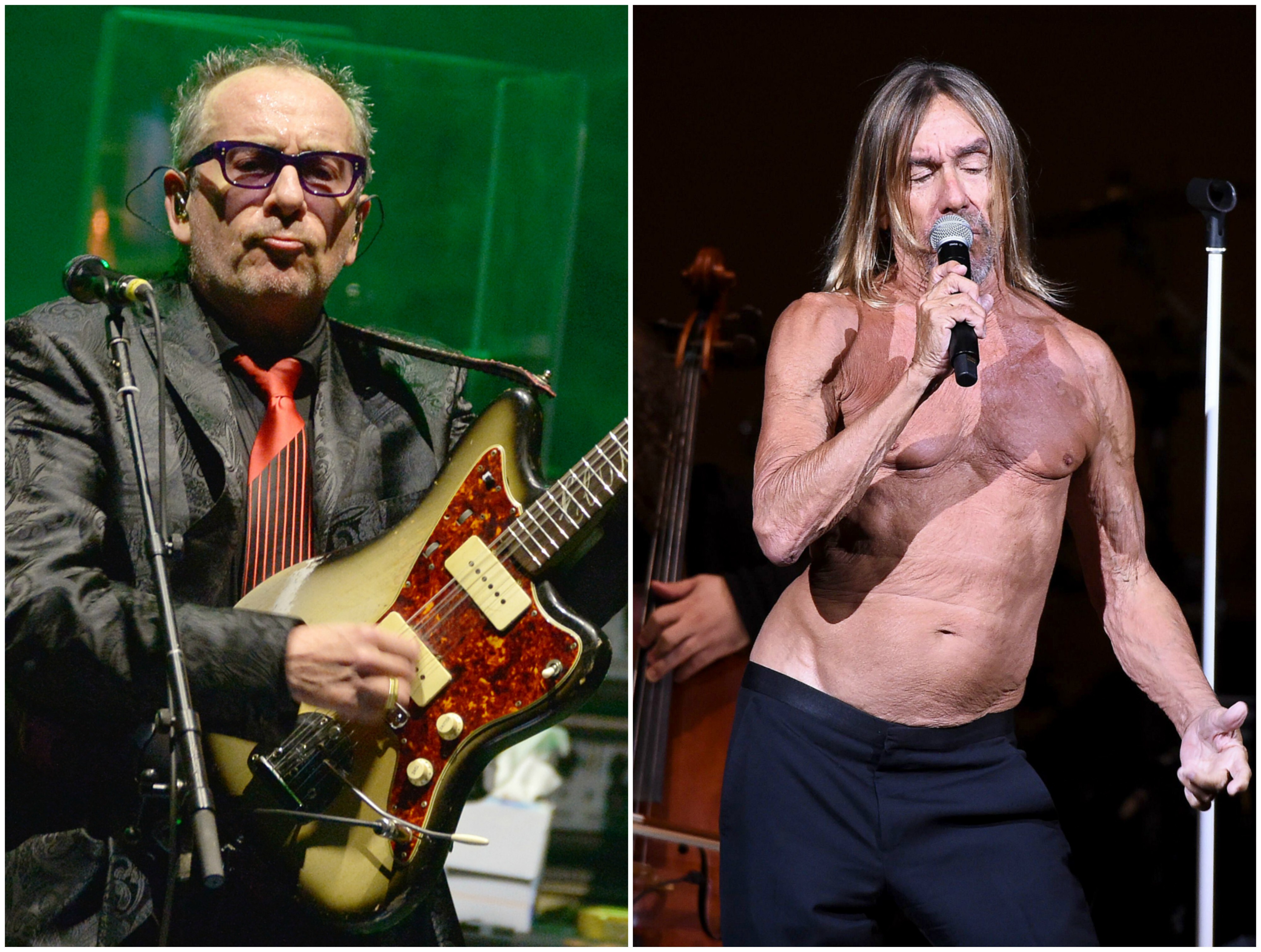 The en Français cover is accompanied by an animated music video hand-drawn by Arlo McFurlow and Eamon Singer.

The legendary musicians, who first met in 1977, recently reminisced via Zoom about the past, present and future for Rolling Stone.

Costello mentioned that “No Flag” was one of the first songs recorded for his album, which dropped on Oct. 30: “It shared one word and one letter with a famous song of yours [“No Fun”],” he said, “but nobody spotted where it was drawing from, because nobody expects me to take a cue from you.”

Pop recalls the first time he heard Costello: “When I heard your music, I felt like you were the only thing coming out of the U.K. that wasn’t going along with the I’m-a-monster-with a-guitar-riff thing. The whole guitar riffage was going up and up and up. You were either that or, no offense to her, you were [Scottish singer] Lulu.”

For his part, Costello remembers one of his encounters Led Zeppelin’s frontman. “The first time I ever met Robert Plant was at a benefit show in 1980. I went right up to him. I was full of drink and drugs, and I got right in his face, and he thought I was going to say hello. I just said, “Stairway to Heaven,” in my most sneering voice.”

The duo also discussed the difficulty of this year without touring, with Costello concluding, “I know when I do come back onstage, it’s going to feel great. Imagine what kind of party we’re going to have!”

Check out the French “No Flag” by Pop below.