Julien Baker and Becca Mancari performed with her 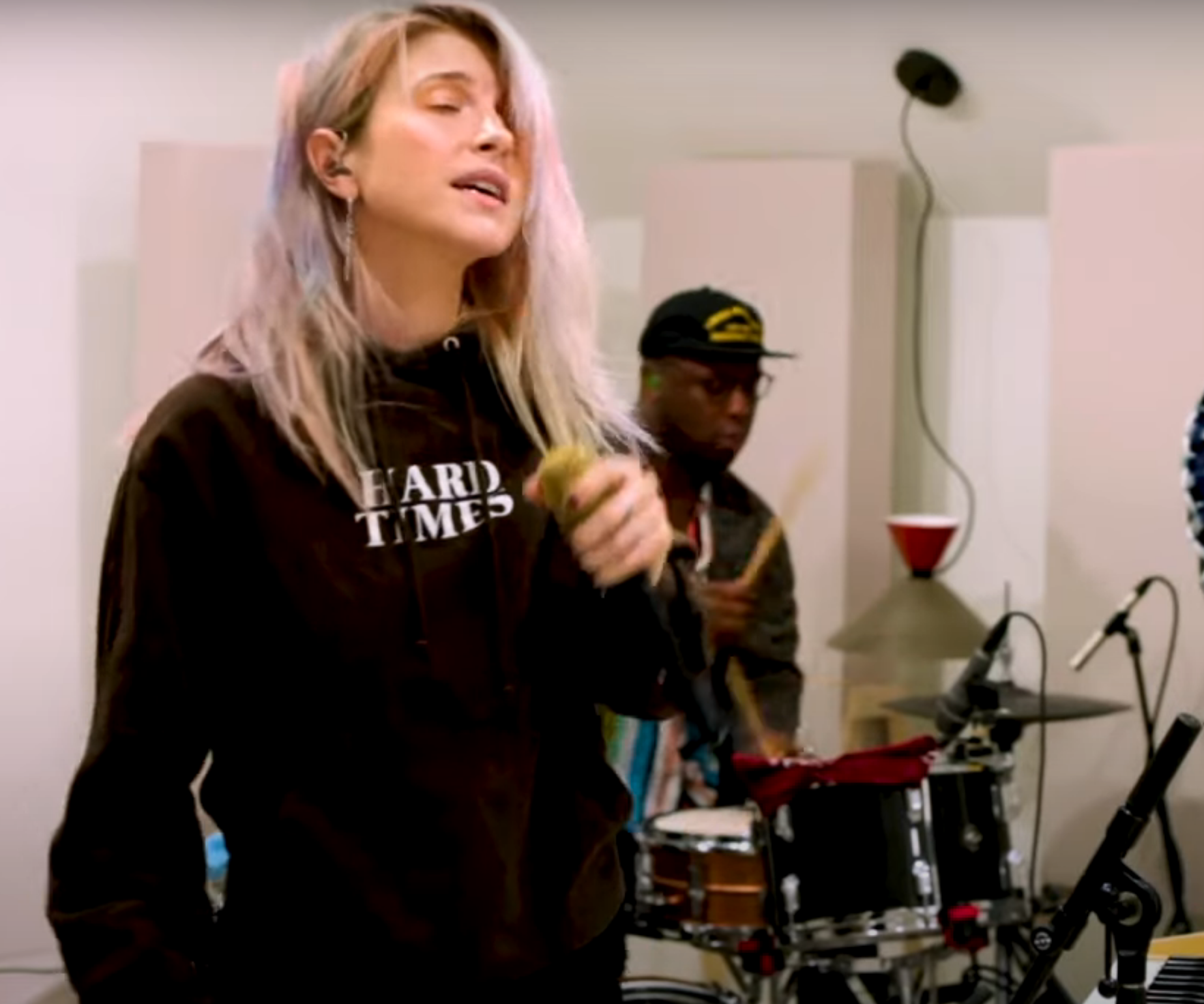 Hayley Williams released her first solo album, Petals for Armor, back in May. A lot has obviously happened since then for the Paramore singer, including the postponement of her first solo tour, which would have seen her head to Europe and then the States.

Instead of playing live shows, Williams performed at home over the summer, and recently, at a Ruth Bader Ginsburg tribute show. Today, Williams appeared as the latest artist to perform on NPR’s Tiny Desk (Home) Concert, joined by a team of ace musicians including Julien Baker, Becca Mancari, bassist Joey Howard, and drummer Aaron Steele.

From the album, Williams played “Pure Love,” “Taken,” and “Dead Horse.” The performance was a first, Williams admitting she had “never done this without Paramore.”

Watch the set below.

Williams is releasing an EP featuring a pair of acoustic songs from Petals for Armor and a brand-new track, “Find Me Here,” on Dec. 18.