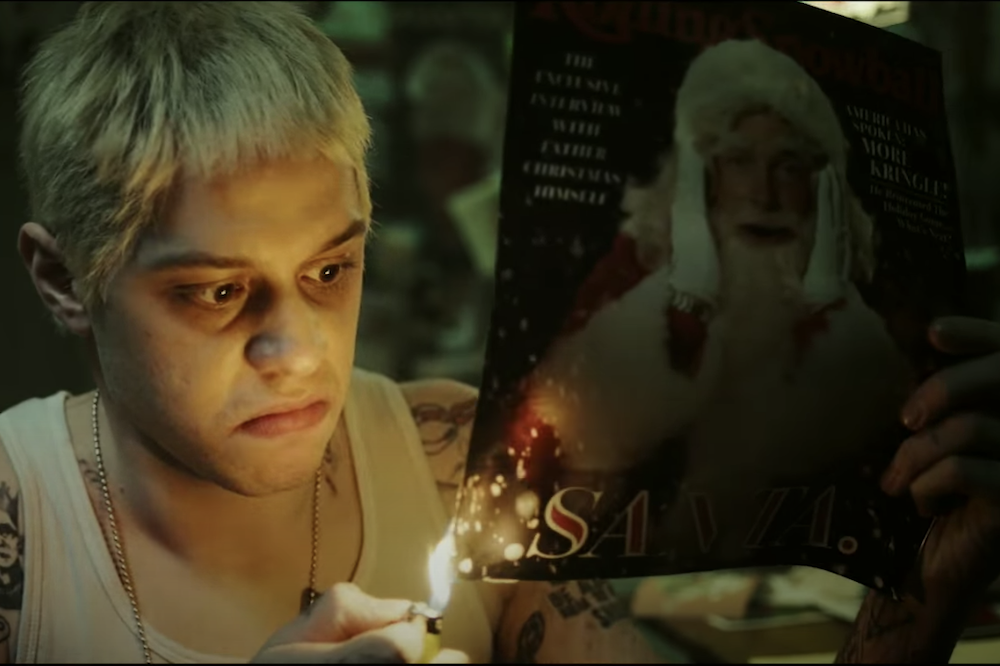 Saturday Night Live returned from its Thanksgiving hiatus this weekend with an episode hosted by Jason Bateman. Among the show’s highlights was a holiday-themed parody of Eminem’s famous “Stan” video starring Pete Davidson as an obsessed Santa fan named Stu who really wants a PS5 for Christmas.

Kate McKinnon is featured as Dido (read: Stu’s mom) and Bowen Yang plays Elton John; however, the real Slim Shady does make a cameo at the end.

Watch the “Stu” sketch below.

We commemorated the Marshall Mathers LP’s 20th anniversary earlier this year with a reflection of that time in Eminem’s career. Slim Shady also made our “35 Most Influential Artists of the Past 35 Years” list, coming in at number 25.

SNL plans to air two more episodes before the year’s end: Timothée Chalamet is set to host alongside musical guest Bruce Springsteen and the E Street Band on Dec. 12, and Kristen Wiig will host the show’s annual Christmas episode on Dec. 19 with musical guest Dua Lipa.