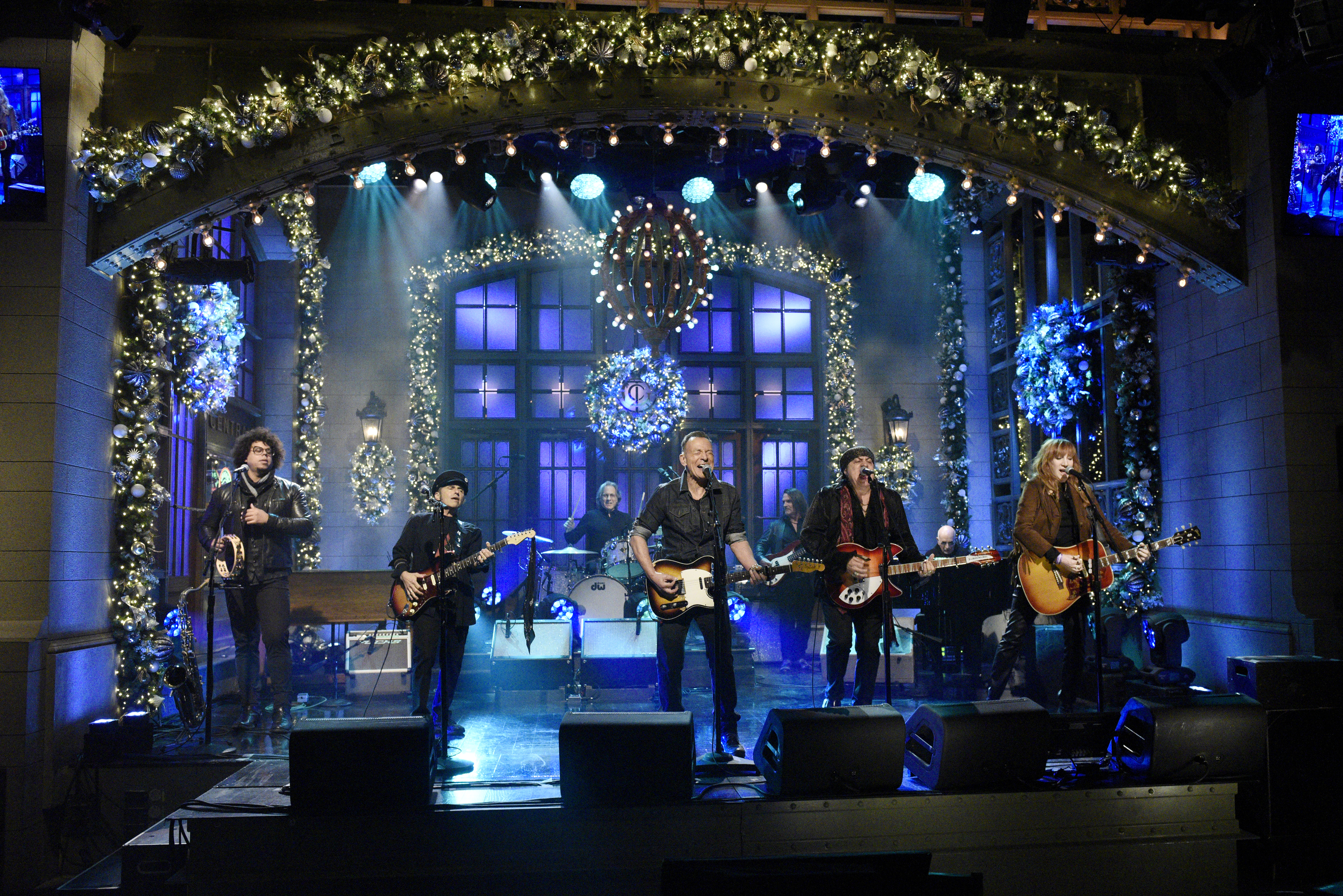 Last night, Bruce Springsteen and the E Street Band took the Saturday Night Live stage to perform two songs from his latest album, Letter to You playing “Ghosts” and “I’ll See You in My Dreams.”

The last time the Boss performed on SNL was in 2015. This time, however, bassist Garry Tallent and violinist Soozie Tyrell were missing due to COVID restrictions.

Watch the two songs below.

Aside from releasing his 20th studio album, Letter to You, in October, Springsteen also recently collaborated with Bleachers on their latest single “chinatown.”

Springsteen’s is the latest in a slew of memorable performances during SNL’s 46th season. Megan Thee Stallion gave a politically charged performance of “Savage” during the premiere, Jack White paid tribute to Eddie Van Halen, the Strokes played on the show for the first time in nearly a decade, and Foo Fighters debuted their latest single “Shame Shame.”

SNL will air its Christmas episode next week, with Kristen Wiig hosting and Dua Lipa as the musical guest.