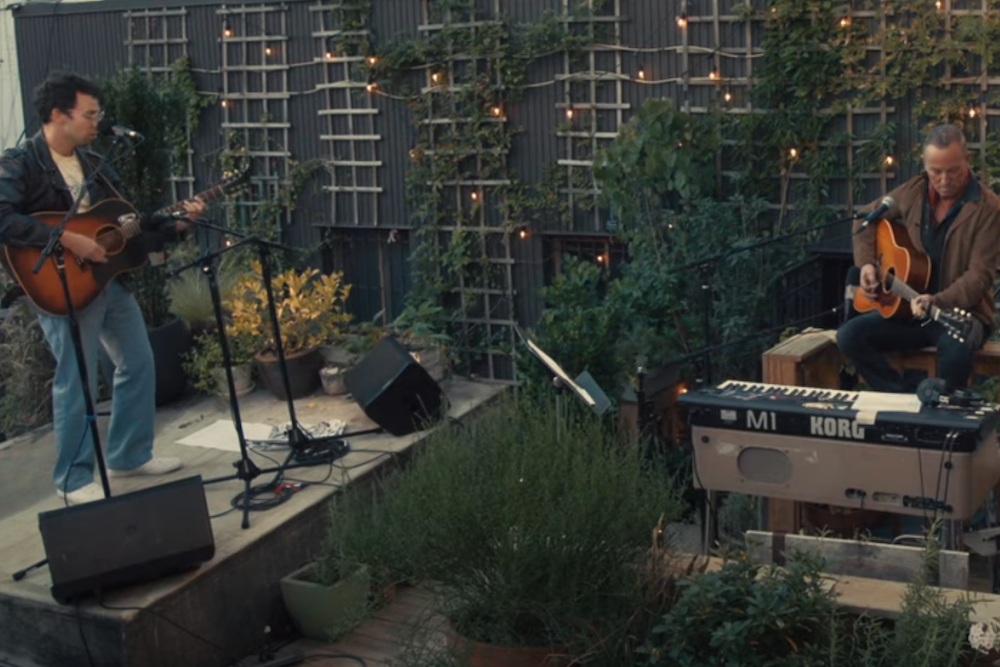 Bleachers, the project of producer/songwriter Jack Antonoff, returned last month with the surprise release of “chinatown,” a song that featured a guest appearance by none other than Bruce Springsteen.

Antonoff and his band joined forces with Springsteen again, this time for the first live performance of the song, which was filmed on the roof of Electric Lady Studios in New York City.

“chinatown” comes with a b-side, “45,” which are part of Bleachers on the Roof – Live at Electric Lady.

“I go to Electric Lady every day to work. I sit on the roof for hours and hours. probably spent more time on that roof this year than my bed,” Antonoff said in a statement. “I kept imagining the band up there on all the different levels playing on 8th street with everything patched into the console of studio D. Was the first time we played these songs and the first time we played together since the pandemic. Was like a dream.”

Antonoff also launched a new series where he talks about his native with New Jersey with fellow Garden State natives.

Bleachers will be releasing a new album Gone Now, next year.

Watch the performances of “chinatown” and “45” below.