blackbear Thrived This Year — and Probably Will Next Year

If you’re part of blackbear’s friends and family, you got a Balenciaga sweater for Christmas. “I’m like the Aunt Karen of the family,” bear — real name Matthew Musto — tells SPIN. “I get anxious because I’m like, ‘Who did I get a gift for? Who did I forget? Is so-and-so gonna fit in the sweater I got them?’”

It’s a good holiday for the people in blackbear’s life. And it’s been a good year for him too, despite the obvious madness. “It’s my son’s first year on the planet,” he says. “[Midnight] has eight or nine teeth already, and they just keep growing,” he adds, laughing. “There’s never been a dull moment.”

Lately, dull moments have been rare for the 30-year-old singer, songwriter and producer.

With “hot girl bummer,” the lead single of his fifth studio album, everything means nothing, he had what he calls a “moment.” The infectious rap-pop song has become a career milestone: So far, it’s earned nearly 700 million Spotify streams and a combined 88 million YouTube views for its “low budget” and “big budget” videos.

“I feel like [this] happens every two years or something,” he says of such “moments.” The dark, stripped-down “idfc” started it all, becoming the Tumblr-esque anthem for unrequited love in 2015. Then there was 2017’s “do re mi,” a pissed-off hit about taking charge instead of accepting pain. “It just proves my consistency,” he says. “I have major love for the craft of what I’m doing.”

Aside from the major success of “hot girl bummer,” bear used quarantine as an excuse to work with other artists over email since no one could tour or even go out. “It was really easy to collaborate this year for everyone because no one was really busy,” he says. “You can’t lie to me and say you’re busy.” 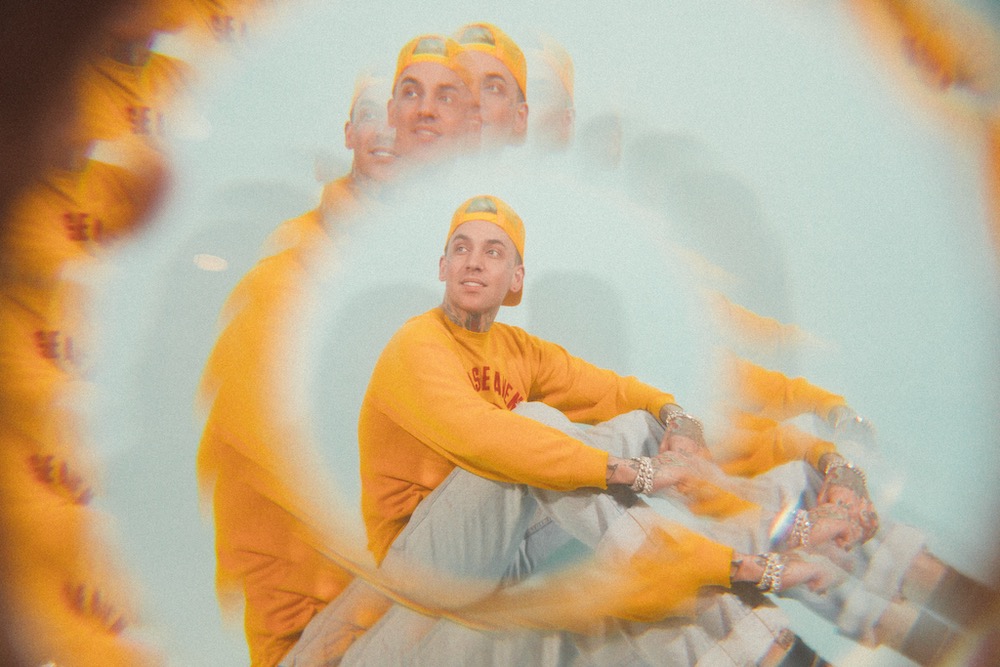 He hopped on a verse of Machine Gun Kelly’s pop-punk single “my ex’s best friend,” appeared on G-Eazy’s trap serenade “Hate The Way” and worked on a remix of Dixie D’Amelio’s “Be Happy.” Among his other 2020 collaborations, there’s a song with both All Time Low and Demi Lovato, a track with Charlie Puth and a cut with Ellie Goulding. There’s a lot.

“Cheers” with Wiz Khalifa is his way of closing out the year. “Just—piss off 2020 was the idea,” he says. He’d written the song already when Todd Moscowitz — the founder/CEO of Alamo Records and Gucci Mane’s manager — suggested Wiz as the extra voice. “I was like, ‘Oh my God — Wiz would bring the perfect happy vibe.’ Like, I think his picture on Twitter is a smiley face,” he says. “The song is about drinking, and he brings the smoke.”

It might be the best drinking anthem written by someone who’s almost five years sober. Because of health complications, he’s “so sensitive to it; I’m, like, literally allergic to alcohol. I can sanitize my hands and that’s about it.” The process of sobriety was helpful for him, as an artist and as a human: “I was used to writing songs in a haze for so long, and then all of a sudden I had to relearn my body and relearn my moral compass.”

Together, bear and Wiz bring a feeling of hope and lightness during dreadful times. And “Cheers,” he says, represents his path toward responsibility: “I just want to take people higher and not lower. In the past, blackbear has taken people a little bit lower when they’re feeling low.”

everything means nothing is not necessarily light. The lyrics are still dispirited and distraught — but with flashes of clarity and awareness. Sonically, though, it’s far from his quasi-emo rap debut, 2015’s deadroses. It even feels distanced from its predecessor, 2019’s ANONYMOUS.

“It was a big shift,” he admits. The only explanation: “I’m always making the music that I love and want to listen to.” This time around, he used Katy Perry’s Teenage Dream as an influence, which meant “paying more attention” to the production. “I wanted a very squeaky clean pop sound,” he says.

He may have been drawn to this “polished” direction because of his own personal happiness. “I feel on track in a way, and that’s good,” he says. “I think we have moments and spurts of feeling on track and feeling happy and feeling joyous…but this is my longest spurt.”

If his lyrics don’t reflect that mindset, it’s because of his songwriting heroes: Saves The Day, New Found Glory and Blink-182. He’s a MySpace kid, and that’s not his fault. He grew up the way most millennials did — with a scene-kid haircut and face piercings he did himself in his mom’s bathroom. “I think the biggest complaint about my music is that the lyrics are really emo and I can’t change that because I’m just an emo hag,” he says. “Like, dude, if I tweeted it, it’s probably in a song.”

The Saves The Day fan remains in him even as his tastes expand. “At the end of the day, if there was a gun put to my head and [someone] said, ‘What kind of music do you frickin’ make?’ I would say pop music — I mean, at this point,” he says. This won’t make his tattoo dedicated to Through Being Cool disappear. His future collaborations stray even further from his normal stuff — including a feature on Maroon 5’s forthcoming album and a remix with UPSAHL. There’s no reason to confine himself or his music, and there’s no reason to stop working.

If blackbear can find the ambition to thrive in 2020, he can do anything. His goals are always changing, but lately the underlying theme has been simple: “I wanted to help the world a little bit.” 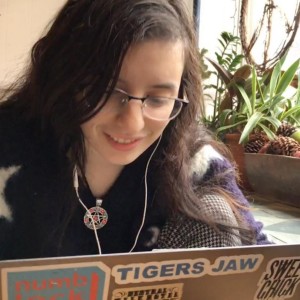