When Bailey Bryan first came to Nashville in 2013, she wanted to be the next Taylor Swift.

As she attended songwriting workshops run by a family friend and signed her first publishing deal, the then 15-year-old singer could already imagine her own country-pop origin story: She hailed from a small town in Washington state. She sang in church. All her neighbors listened to country and traditional Christian music. And she loved all those introspective, heavily narrative underdog anthems: “You Belong With Me” and the like.

“I love songwriting first and foremost, more than any other part of the job,” Bryan tells SPIN over the phone, from her Nashville home.

Then she grew up. Now 22 and an established artist — having released two successful EPs plus a handful of sharply penned singles like “Play w/ Me” and “Perspective” amassing nearly 25 million streams online — the shapeshifting songstress has found a new muse. 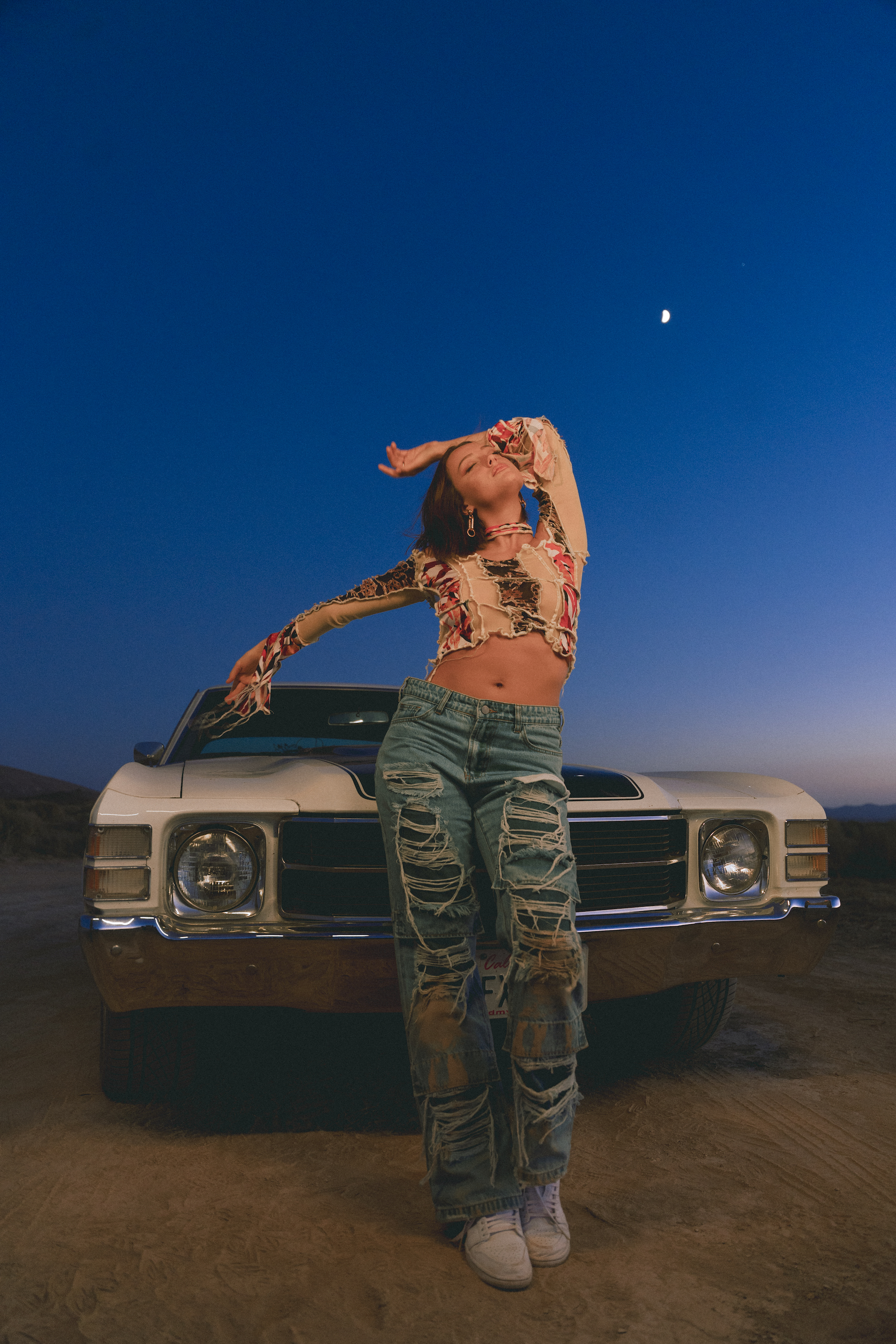 “I want to be the next Drake,” Bryan says, noting that while she doesn’t plan on sounding exactly like a Canadian hip-hop mogul, she likes the idea of a defining voice, no matter the style.

“I look to Drake, Post Malone, all these iconic artists, who have touched multiple genres and no matter where they take their vibe, when you hear it you know that it’s them,” Bryan says.

Bryan says there was no “ah-ha” moment in her stark transformation. 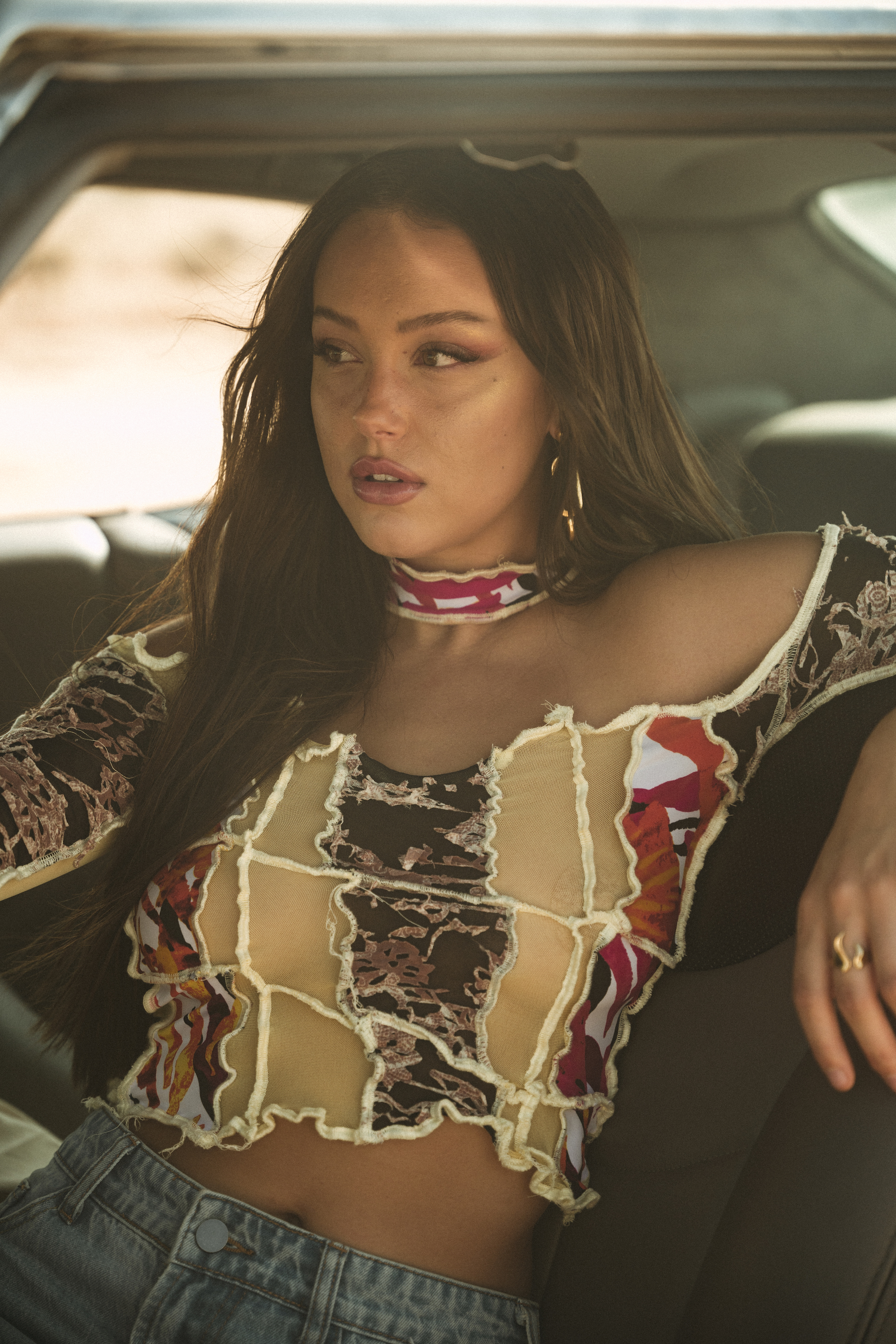 “It was definitely gradual,” she says. “I always loved all kinds of music. As I started growing up and learning more of who I am and what I relate to — and less of emulating whoever I’m idolizing at the moment — one day my team was like ‘hey Bailey, you’re not really making country music anymore, do you want to start calling it something else?’”

“Anybody can be a sensitive bad bitch and everybody kind of is anyway,” she says with a laugh. “It all comes back to a place of confidence and ‘I got this’ and wherever I’m at, I’m going to own it and be proud of it,” she says.

A viral moment on TikTok earlier this year helped Bryan, who is signed to 300 Entertainment (Megan Thee Stallion, Young Thug), know she was on the right track.

“I wrote a song for your ‘situation-ship,’” Bryan says in the clip promoting her slow-burning single  “Roster,” which unpacks all those nebulous “so, what are we?” relationships every twenty-something experiences. The clip notched a cool 1.1 million views.

“It was just hundreds of comments of people saying ‘I feel attacked, this is exactly what i’m going through right now, how did you know?’” Bryan says.

As Bryan prepares to release one song each month, culminating May 7 with the full project release co-produced by super-team The Monsterz and Strangerz (Miley Cyrus, Halsey, Camila Cabello), she stresses that she’s just like everyone else — another 22-year-old trying to figure it all out.

“I’m not going through anything profound,” she says. “I spent the last year of my life dating around and trying to figure out what my standards are when it comes to letting other people into my life. I’ve dealt with a lot of anxiety, depression, some body image issues — what I think is pretty standard for someone my age today, as sad as that sounds.”

While more fans discover Bryan everyday, she’s taking advantage of all the time stuck at home, also preparing to launch a video series live on Instagram where she talks to other “sensitive bad bitch” artists about fresh starts in their own lives.

“The most bad-ass thing you can do is own your feelings and be brave in sharing that instead of pretending you have it all together,” she says.