If they can bring KOTOR2 to smartphones, they can do anything 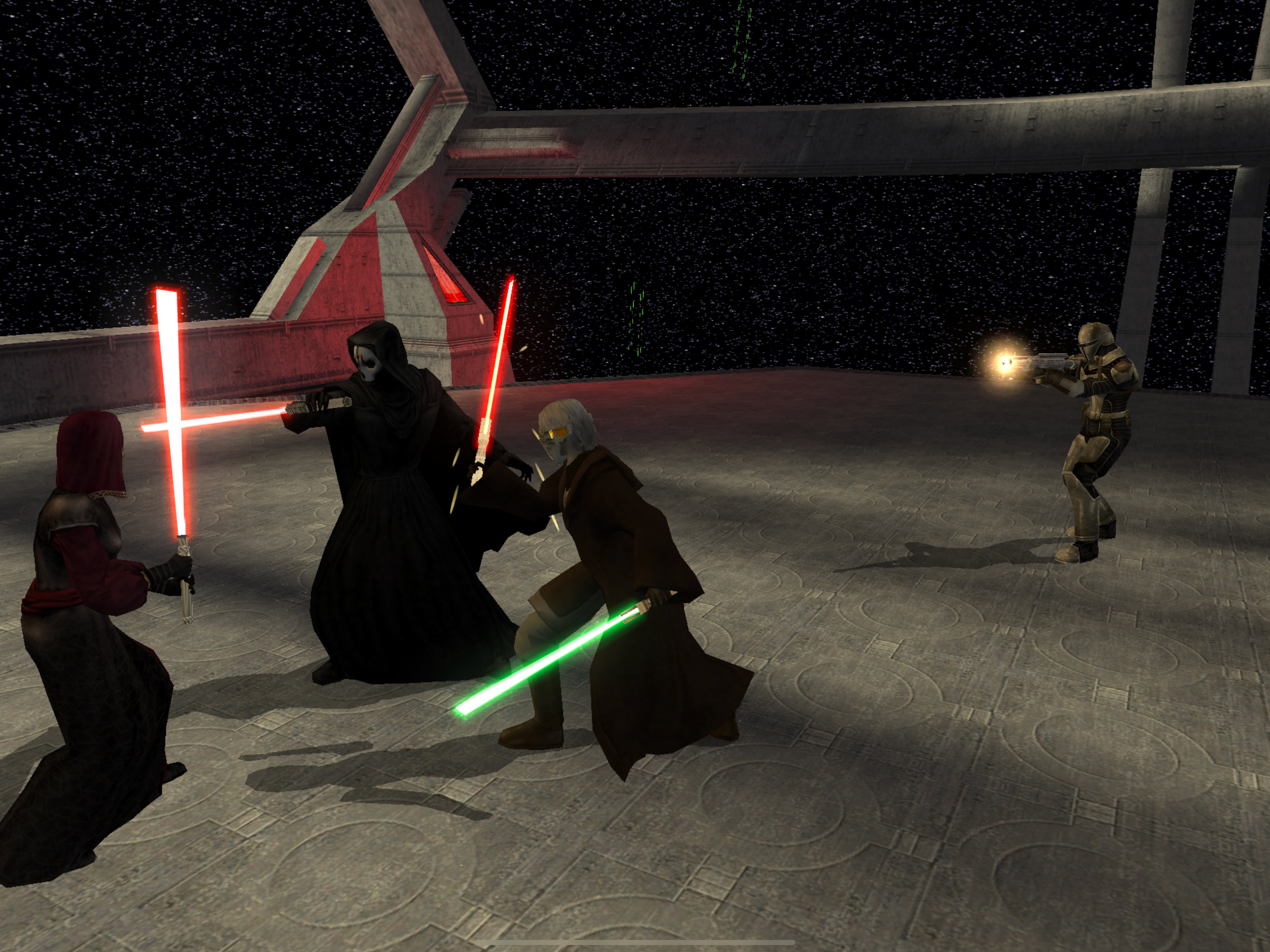 If you’re looking to replay some of your favorite old Star Wars video games on modern consoles, PCs, and even smartphones, you may want to check out what the folks at Aspyr (pronounced like “aspire,” for the curious) are up to.

After initially finding success porting PC games to Mac in the 2000s, the Austin-based Aspyr changed directions over the last handful of years, publishing titles like Layers of Fear and Observer. But recently, the studio has seen a bit of a surge in popularity by republishing some of the finest Star Wars titles of the 2000s for a modern audience.

What began as the two Jedi Knight games coming to Playstation 4, Xbox One, and Nintendo Switch soon included the classic Episode I: Racer. But perhaps Aspyr’s most noteworthy addition is their surprisingly smooth recent adoption of Knights of the Old Republic II: The Sith Lords for both iOS and Android smartphones. It follows their port of the first game back in 2013, and effectively cements Aspyr as the go-to publishers for revamping older Star Wars titles at a time when everyone seems to be looking for remasters and reboots of old series.

Of course, Aspyr — which has also worked on bringing the Civilization, Borderlands, Sims and SimCity games to new platforms among others — hasn’t thrown in the towel on their own games just because lightsabers and podracing have been helping to pay the bills. The team’s recent release of co-op puzzler Mørkredd brings a unique twist in which the gameplay revolves around using a glowing orb to stay out of the deadly shadows as you move from one task to the next.

With a full slate of new titles ready for 2021 and hot off this month’s release of Mørkredd on Steam and Xbox Game Pass, Aspyr Co-Founder and Executive Vice President Ted Staloch sat down with SPIN to talk more about reviving old Star Wars titles and making new games of his own.

SPIN: Considering how fondly many people look back on them, what has it been like to bring some new life to these older Star Wars games?
Ted Staloch: Across the Aspyr team, we are all huge Star Wars fans, and love being able to bring Star Wars games to new audiences. For us, it’s all about the games we think players are most passionate about and would love to see brought to new platforms. If the demand is there, we’re on board.

Since they’re part of such a beloved universe, is there any extra weight, emphasis, nerves, or anything like that when bringing these Star Wars games to new platforms?
Bringing classic games to new platforms is a big responsibility, and our goal is to recapture that moment back when you booted that game for the first time. Nostalgia is huge for our team, and there’s a ton of passionate people working together to bring these games back to life.

With the huge increase in video game console power and even smartphone technology since a lot of these games were initially released, what kind of challenges arise in converting them to modern standards?
The biggest challenge is probably the control schemes. From touchscreens to control pads or mixtures of both, controllers have changed very significantly in a very short period of time. You have to nail the feel that the original developers intended, whether it’s on a 5-inch or 85-inch screen, and that can be hard when the games were designed with a different setup in mind.

How different is it to work on a project where everyone has pre-existing expectations — like updating a Star Wars game on to a new platform — as opposed to creating or publishing a new game that people may not know much about?
With classic games, everyone always has a story of what the game meant to them. The game brings people back 10 or 20 years to a totally different time in their life. And it’s just so cool to learn about the history of our team, as much as we’re learning about the history of the game.

From a creative standpoint, what’s the process like when working on updating an older game? How do you balance keeping things more or less the same, while also improving it for a modern audience?
Aspyr is known for the high-quality design and engineering that goes into every game we touch. It’s all about maximizing the potential of every game, which for us means tailoring the experience for the platform.

Although 2020 wasn’t really the year anyone expected, you still managed to crank out a number of new projects. What’s on your radar for 2021?
2020 was huge for Aspyr, and we’re continuing that momentum in 2021. No matter which console, platform, controller, or place you prefer to play, expect to see more from Aspyr this coming year.