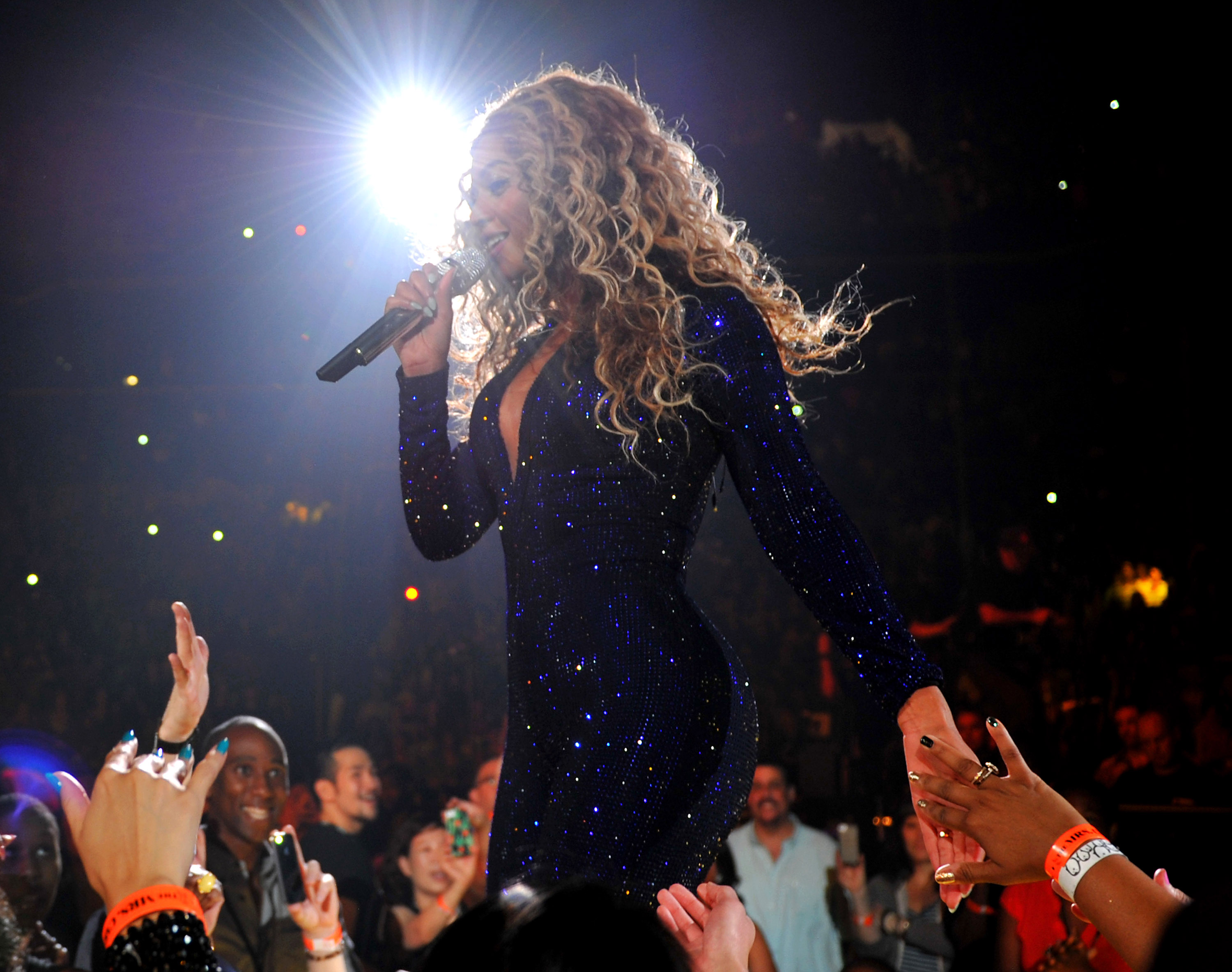 As part of our 35th-anniversary, we’re naming the most influential artists of the past 35 years. Today, we’re at #26. From Houston, Texas here is Beyoncé. Ever since Beyoncé strutted her stilettos into the game with Destiny’s Child in 1998, the world knew they were gazing at a star in the making. But no one could predict just how far the Houston rocket would shoot into pop culture’s stratosphere.

After cementing herself as a respected artist with the multi-platinum girl group, she launched her solo career with 2003’s Dangerously in Love — turning the pop world on its head with a singular “Uh oh, uh oh, uh oh, oh, no, no” booty shake. Over the years, she’s racked up 24 Grammy Awards and numerous Top 10 hits, experimented with genres like country and rock and even dabbled into acting because…why the hell not? Her reach also extends into the broader pop lexicon: She’s made us want to ride “SURFBOARDTS,” shove our ringless left fingers in our spouses’ faces, never forget to bring hot sauce in our bags, wake up feeling “***Flawless” and be wary of “Becky with the good hair.”

Beyoncé has also used her massive platform to target socio-political issues and unapologetically own her Blackness — best seen with 2013’s world-stopping BEYONCÉ and 2016’s career-defining Lemonade, where she paired newfound vulnerability (which came with motherhood) and commentary about the system’s historical injustices.

With all Beyoncé has accomplished, she still remains a stealth enigma. While we won’t be able to predict her next move, we know it’ll be the work of a bonafide legend.