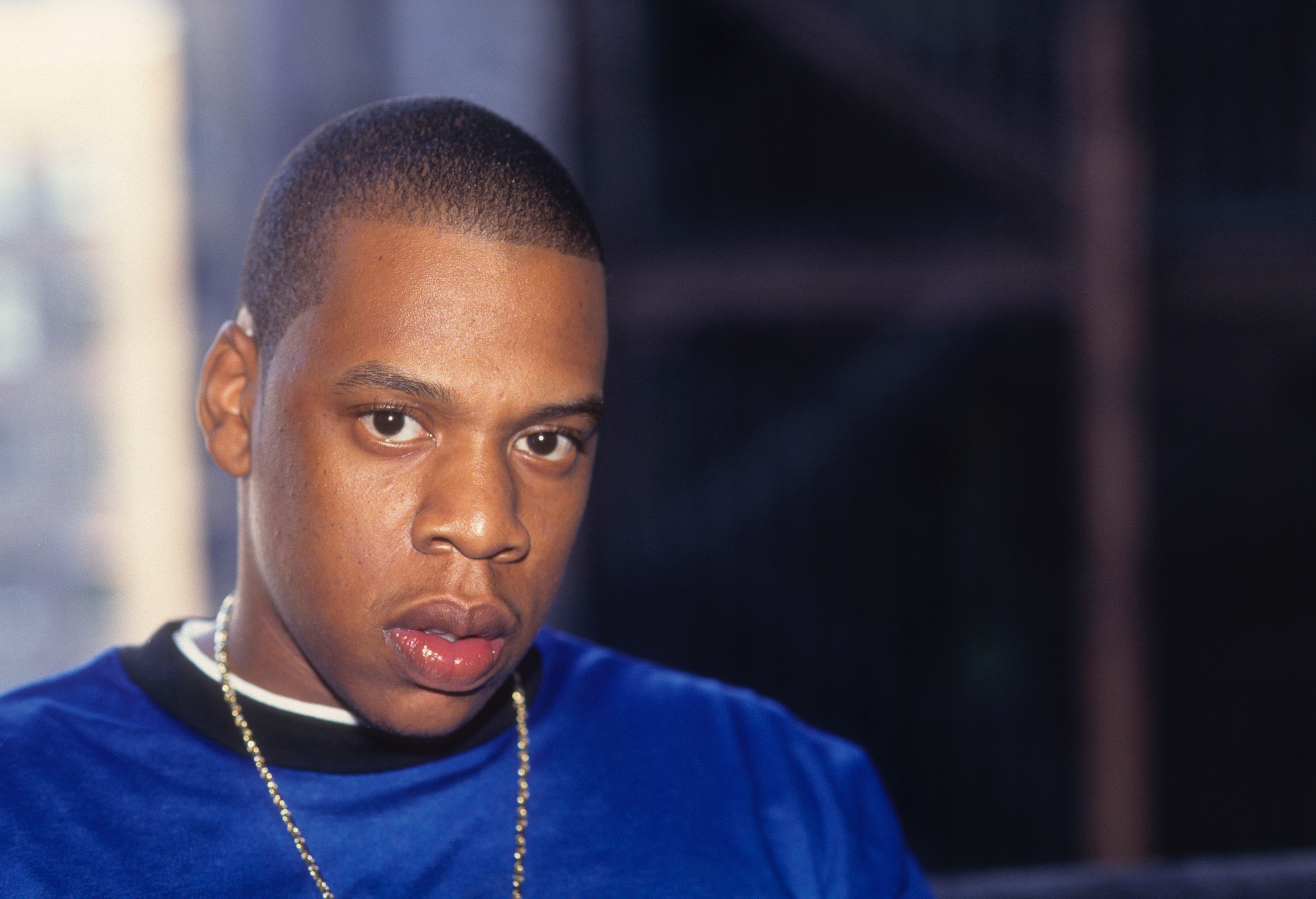 As part of our 35th-anniversary, we’re naming the most influential artists of the past 35 years. Today, we’re at #24. From Brooklyn, New York here is Jay-Z. Madonna built herself into a pop corporation — a towering monument to Madge — long before Brooklyn’s Shawn Carter began his reign as Jay-Z. Genre aside, the key difference: From the jump, his artistry is inextricable from economic hunger, indomitable confidence, lyrical swagger and biography as hard-won destiny. Airtight verses, impeccable beat selection and singles that became proto-memes — “Dead Presidents,” “Hard Knock Life,” “99 Problems” — certainly bolstered the legend; issuing strong, savvy LPs almost every year, marrying the queen of R&B Beyoncé and aligning himself uneasily with Kanye West didn’t hurt, either.

Yet Jay-Z’s legacy and influence rests, for better or worse, in his carefully managed shift from drug-dealing street capitalism in the early 1990s to traditional titan-of-industry capitalism as that decade wound down: Rocawear, Roc Nation Sports, Tidal, stakes in the Brooklyn Nets, Barclays Center and other ventures, various television, movie and theatrical production deals. Rappers trailing in the wake of his prime clocked the sharp wordplay — but in an era of slumping record sales, they also saw an icon unafraid to flip his renown into lucrative deals that could fund increasingly eye-popping paydays.

Somewhere along the line, he became a version of the kingpin he’d always claimed he was, even if his immediate would-be successors moved to establish empires before they’d recorded meaningful and substantial bodies of work — and even if today’s young SoundCloud rappers likely can’t quite say how Jay-Z ascended to a throne we all can’t help but watch.