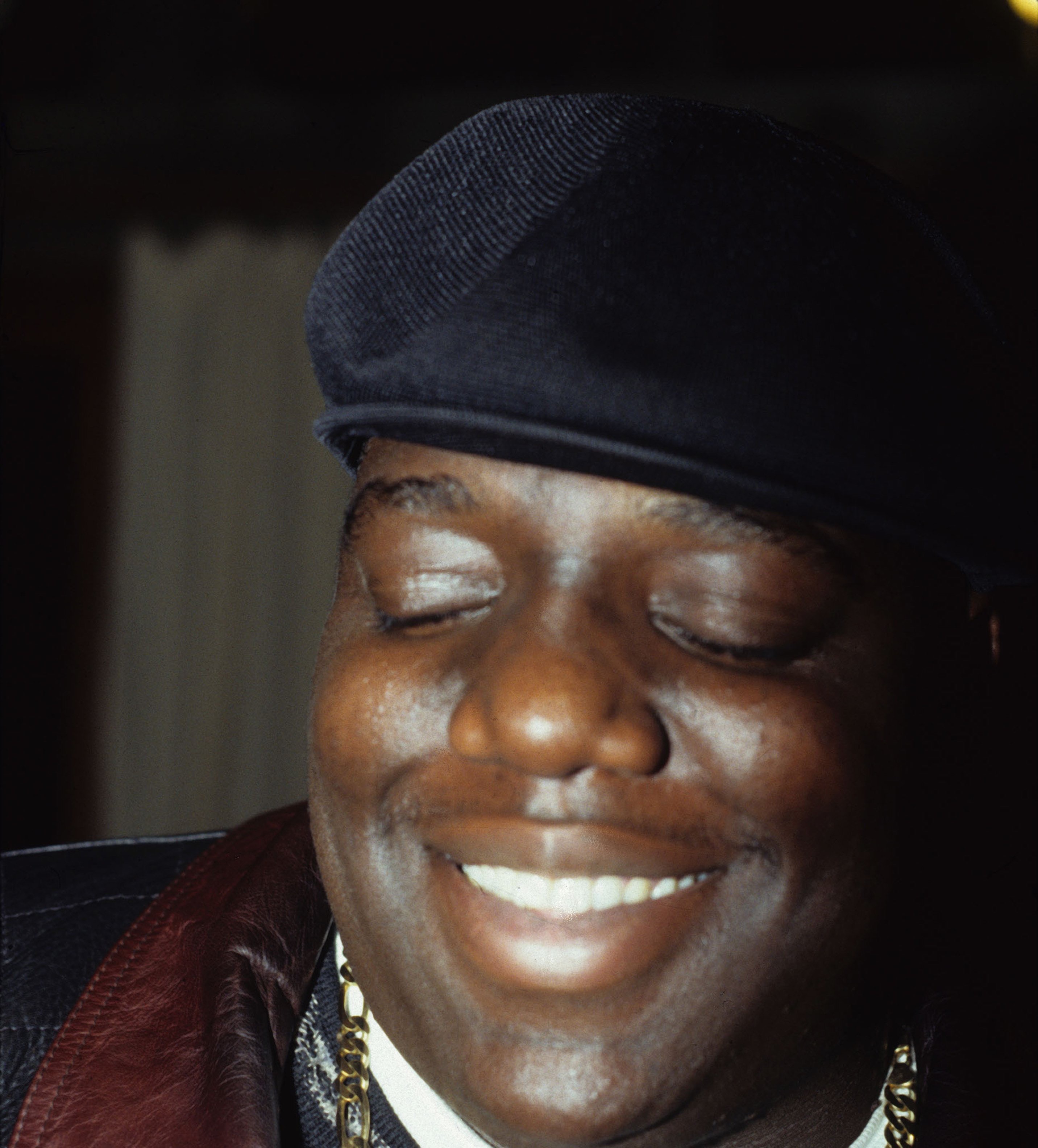 As part of our 35th anniversary, we’re naming the most influential artists of the past 35 years. Today, we’re at #17. From Brooklyn, here is the Notorious B.I.G. For all the recording artists who died far too young in the “27 club,” it’s staggering that Christopher Wallace was even younger when he passed — and that he’d accomplished so much by age 24.

Granted, his second solo album hadn’t yet landed in stores when he was shot on March 9, 1997. But that project, Life After Death, was the rare hip-hop double-LP where not a moment was wasted: spinning off multiple #1 singles, reaching Diamond certification, fleshing out one of the most impactful small discographies in rap history.

The Notorious B.I.G.’s 1994 debut, Ready To Die, had a seismic impact, giving New York a renewed foothold on mainstream hip-hop after the genre’s center of gravity had shifted to the west coast — the only Billboard #1 rap albums in 1993 were by Snoop Doggy Dogg and Cypress Hill. But Puff Daddy’s shamelessly commercial aesthetic (and the charm of the non-album “One More Chance” remix) belie just what a harrowing listen most of the album is, from an MC who had one of the era’s darkest imaginations outside of Scarface. Like Scorsese movies, Biggie’s albums are consumed with mortality and the consequences of violence and crime, often far more than the audience realized or the countless imitators grasped.

By the time Biggie had died, Nas had already reached multi-platinum status, in part by following the Ready To Die playbook; and in the following two years, Biggie’s right hand man, Puff Daddy, and one of his closest peers, Jay-Z, leapt to superstardom and helped fill the cultural vacuum left by his loss.

There’s no telling what Biggie would’ve done if he’d lived past March 9 — perhaps he’d have followed through on ambitions to record an entire album singing in the style of “Playa Hater,” over a decade ahead of the 808s & Heartbreak curve. But he probably would have continued leading the pack for years as a lyricist and a canny businessman, reaping the rewards of a commercial hip-hop explosion that he helped lay the groundwork for.