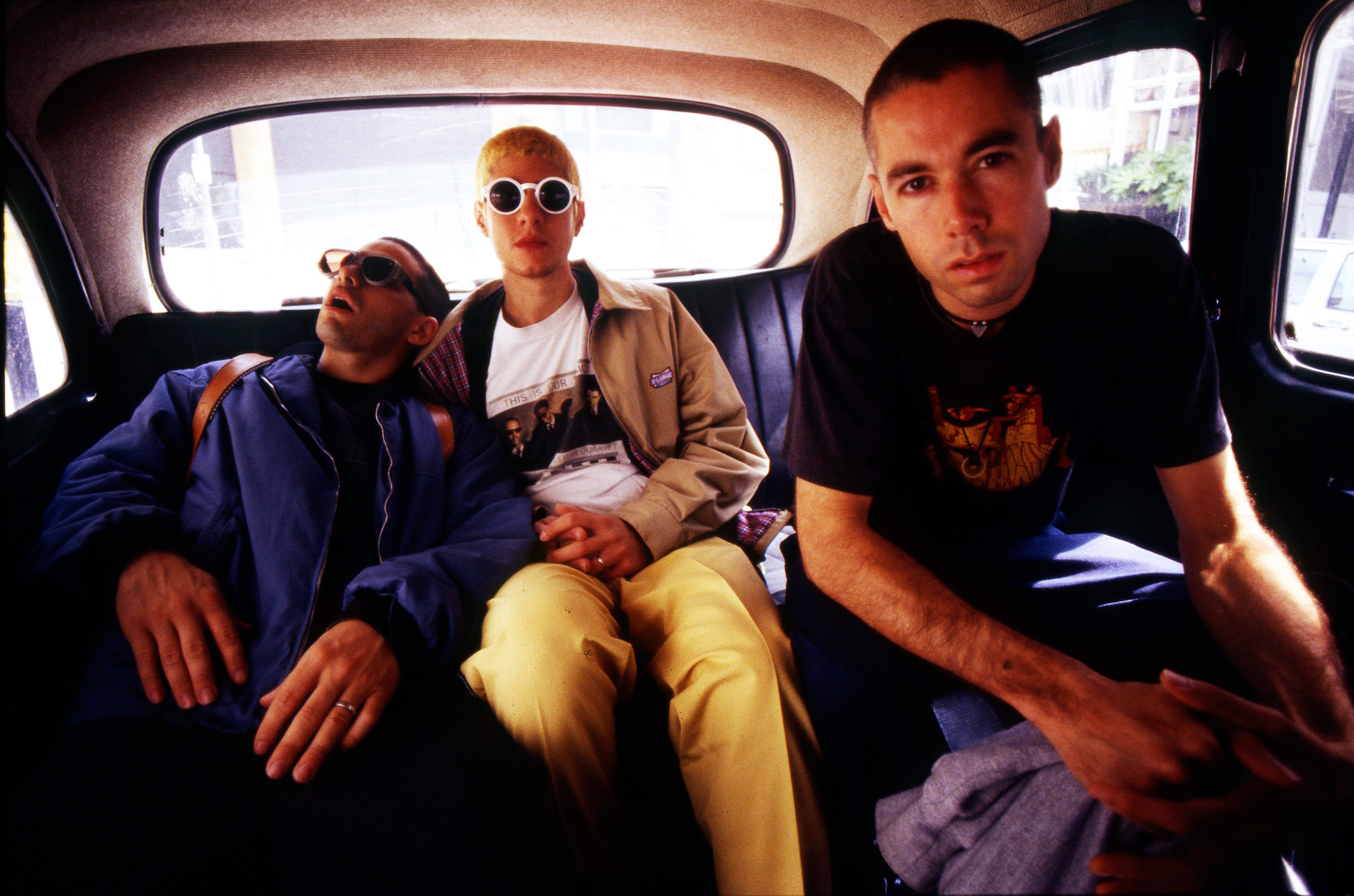 As part of our 35th anniversary, we’re naming the most influential artists of the past 35 years. Today, we’re at #12. From New York City, here are the Beastie Boys. “Just when you think you know the answers, I go ahead and change the questions.”

The Beastie Boys embodied that quote from wrestler “Rowdy” Roddy Piper: Just when you thought you had the group figured out, they’d rip your expectations to shreds.

Starting off as Bad Brains and hardcore aficionados, Michael Diamond, Adam Horovitz and Adam Yauch were mesmerized by the emerging hip-hop sounds permeating through the speakers of New York City club Danceteria and what they heard at underground clubs. A chance meeting with an older NYU student named Rick Rubin set the trio on a trailblazing path full of sonic twists and turns.

Under Rubin’s influence, the Beastie Boys shot to superstardom with Licensed to Ill but were also billed as boffo villainous frat boys — something they’d come to regret almost instantly. They ditched their New York City playground for L.A. and put out the beloved Paul’s Boutique, which changed the trajectory of hip-hop with their lyrical prowess and the Dust Brothers’ dizzying use of samples. After they got bored with that, the Beasties returned to their roots (and started their own label, Grand Royal) by playing their own instruments on Check Your Head before diversifying their sound with jazz, funk and punk (and of course, hip-hop) on Ill Communication. Hello Nasty, a mixtape masquerading as an album with its spacey melding of sounds and imagery, saw the trio at their experimental peak (with Ad-Rock saying so in the group’s 2018 Beastie Boys Book).

And the trio also used their platform for important causes: They later apologized for the toxic masculinity that defined their early years on 1994’s “Sure Shot” and helped champion the Tibetan Freedom movement. Just as they were gearing up for a bold new chapter, MCA died from a rare case of salivary gland cancer in 2012, depriving the world of what the Beasties would offer next.

And that’s a fucking shame.