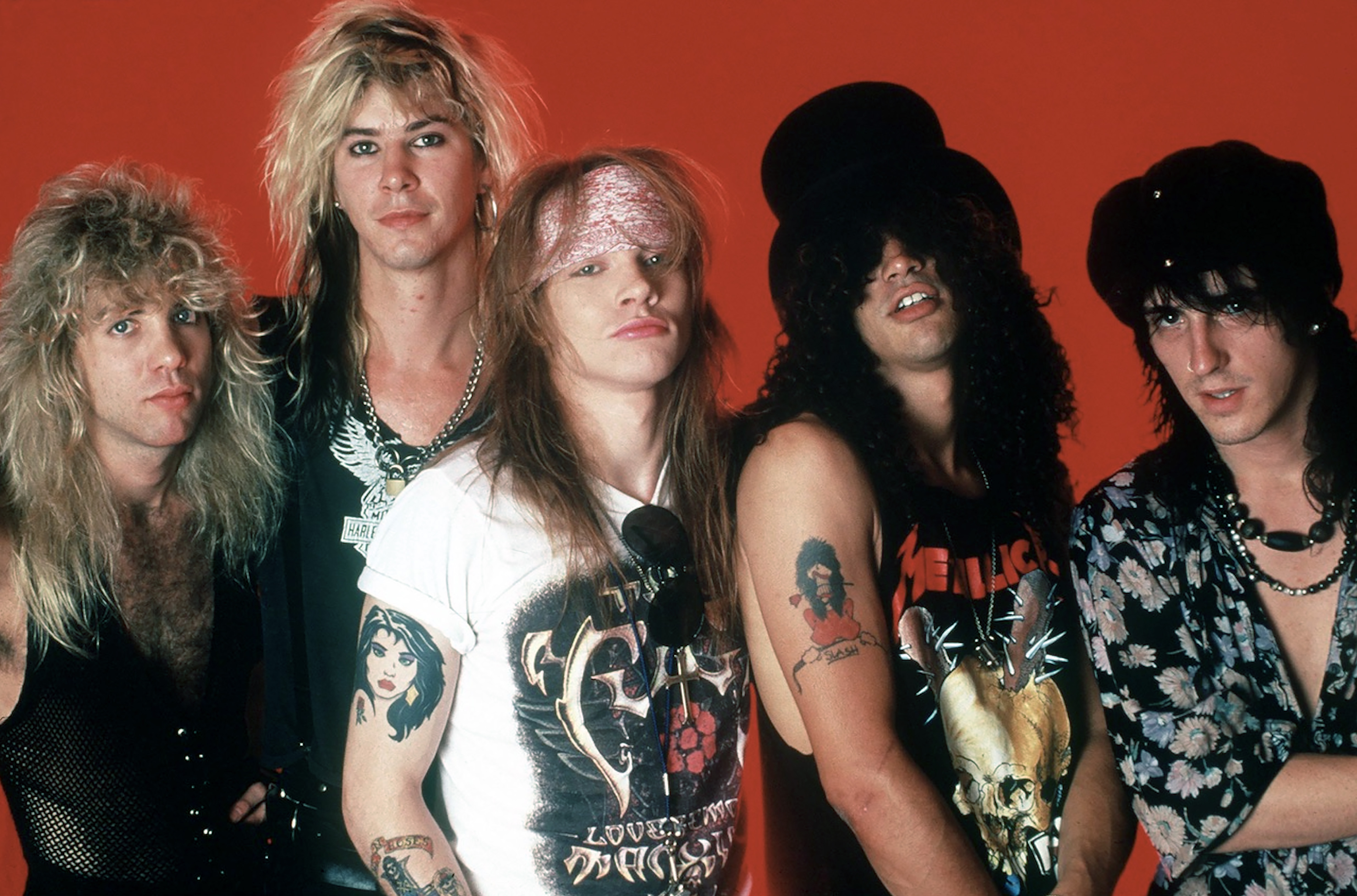 As part of our 35th anniversary, we’re naming the most influential artists of the past 35 years. Today, we’re at #11. From Los Angeles, California, here are the Guns N’ Roses. Bursting out of the Sunset Strip faster than you can say “Welcome to the Jungle,” Guns N’ Roses became both a sensation and a cautionary tale for overindulgence. And that was just in their first eight years as a band.

At a time when pop-metal and big hair ruled the airwaves, Axl, Slash, Duff, Izzy and Steven Adler crept up like dirt under your fingernails. Appetite for Destruction brought L.A.’s underbelly to MTV before drugs threatened to rip it apart. The album spawned hundreds of copycats, but none could compete with the real thing, who commanded the respect of revered elders (the Stones, Petty, Elton John) and earned the scorn of perceived peers (Vince Neil).

Use Your Illusion I and II cemented Guns N’ Roses’ status as the world’s most dangerous band — literally. With fame at his side, Rose picked fights with many (including this very publication, immortalized on “Get In the Ring”), incited riots at shows, went on stage hours late and pushed the limits of decadence as rock’s most infamous rabble-rouser.

Guns N’ Roses managed to extinguish hair metal and yet, arrived before grunge. In that window, they spawned a large number of imitators who could never be duplicators. Their music videos were as extravagant as they were cinematic, but always memorable.

It all fell apart in 1993. But 22 years later, after a series of tours spearheaded by Rose, the frontman reignited the flame by joining forces onstage with Slash and Duff — a reunion that hit harder than a speedball procured on a dingy Hollywood street corner. Their excess may be gone (Axl arrives on time!), but Guns N’ Roses still command respect and stadium-level crowds a quarter-century after releasing their last impactful album.